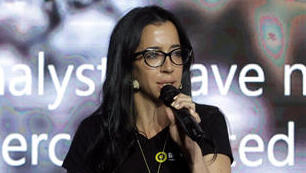 “Bees are the center of humankind’s food supply, and they’re dying,” said Batel Vallentine Blaish-Sultanik, the CBO of BeeHero during Calcalist’s Cloud and Data conference

“Who here drank a cup of coffee this morning? Or ate chocolate for dessert yesterday? That’s completely normal. But did you know that both coffee and chocolate are dependent on honeybees? Whether we like it or not honeybees are at the center of humankind’s food supply, and unfortunately they are dying,” said Batell Vallentine Blaish-Sultanik, the CBO of BeeHero during Calcalist’s Cloud and Data conference. “Every year, the honeybee population shrinks by 40%. That means less plants are fertilized by them, that we can grow less crops, and in turn feed less people and animals,” she said.

“With the global population to approach 10 billion in the middle of this century, saving bees will become even more important and is nothing short of a challenge to save humankind. In a world where humans and Mother Earth live harmoniously, we’ll need to learn how to produce less, and with less bees. But why are bees so important? Simply put, if bees become extinct, not only does nature lose some of its beauty, it loses its ability to sustain life. Fifteen years ago, bee extinction didn’t worry us, that only started in 2006 when bee communities began to disappear. Today, there’s a name for that: hive collapse.” 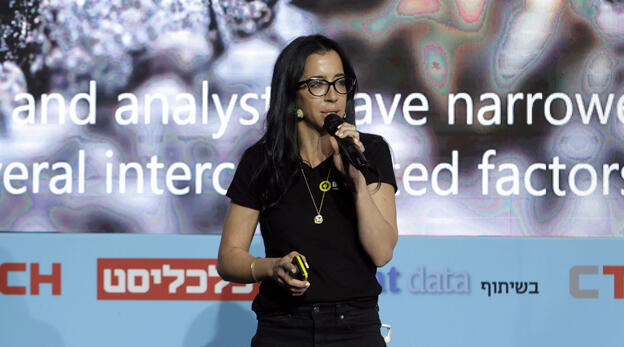 “So what can we do? At Beehero, we provide precise services to increase crop yields and maintain bee health. How can you optimize the pollination process? We collect data in real-time from bee hives, identify colonies at-risk, and reduce inter-hive problems through specific intervention. That’s how we can successfully deploy hives, ensure maximum pollen coverage, and create a perfect ratio between the number of bees per flower. To generate that data, we deploy sensors inside the hive that carefully monitor the hive's operations, such as acoustics, humidity, temperature, and magnetism.

“We combine those figures with other environmental parameters like type of crop, crowding, and geographical location - and that allows us to measure the hive’s productivity. Farmers and beekeepers use those figures with our platform, as an early-warning system and as a smart tool to deploy in hives. It helps decrease the number of bee deaths and increases bee activity, but also helps to improve hive output.

“We can detect when there’s a problem in the hive, or whether it is about to split or there are parasites inside the hive. We can treat symptoms before they become spontaneous. We helped stop the spread of the Asian giant hornet, which has threatened bee hives around the world.”