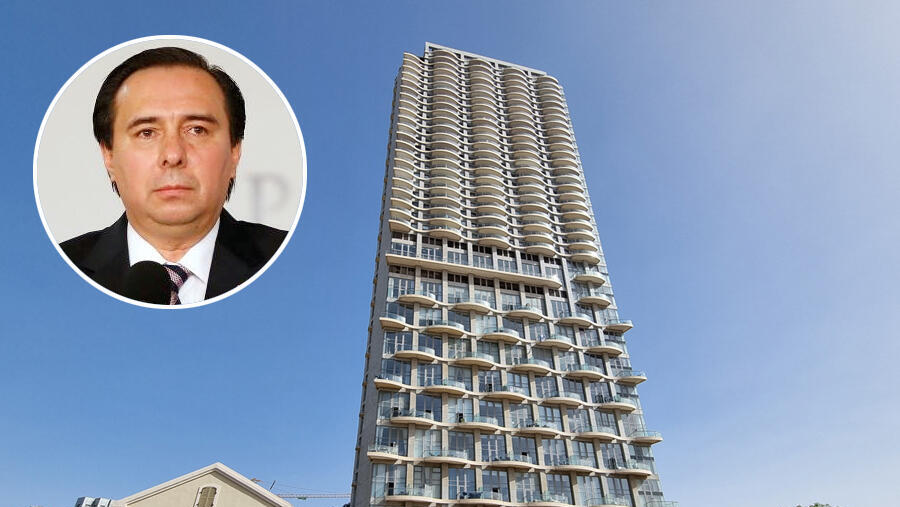 Tomás Zerón, a former senior agent in the Mexican FBI, is wanted in his country on suspicion of torture and tampering with the investigation into the disappearance and murder of 43 students. He currently lives in the Neve Tzedek Tower in Tel Aviv together with David Avital, a shareholder in a subsidiary of Rayzone, which has operations in Mexico

It is doubtful that any of the neighbors in the 44-story Neve Tzedek Tower, which overlooks the prestigious and oldest neighborhood in south Tel Aviv, identifies the person who sometimes greets them politely as he waits for the elevators in the spacious, air-conditioned lobby.

The knowledge that the man standing next to you in the small, crowded space of an elevator is wanted in Mexico on suspicion of torture, falsifying evidence, and tampering an investigation into the kidnapping, murder and disappearance of 43 students from a teachers' college in the southwestern city of Iguala in 2014, would have made such a brief encounter less pleasant.

The likable man with fluent English that the tower residents sometimes meet on their way home is Tomás Zerón de Lucio. Zerón served from 2014-16 as the head of the Criminal Investigation Agency (Agencia de Investigación Criminal or AIC) in the Mexican Federal Attorney's Office, equivalent to the American FBI, during the reign of former President Enrique Peña Nieto. 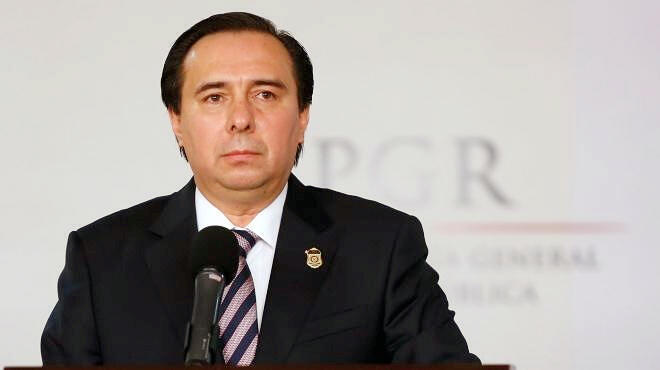 For many months, Calcalist can reveal, Tomás Zerón has been hiding out in an apartment in the residential tower on Eilat Street in Tel Aviv. What is no less surprising is that his roommate and the person who takes care of and assists him, according to recordings and documents held by Calcalist, is the Israeli businessman David Avital, one of the shareholders (31%) in M.T.R.X Technologies from the Israeli intelligence and cyber group Rayzone. Rayzone, as previously revealed in a Calcalist investigation, is active in Mexico.

M.T.R.X, which has been controlled (57%) by the Rayzone Group since March 2015, has developed a cell phone tracking system that it sells to police and intelligence agencies, including authorities in Mexico. According to Rayzone’s presentation for investors, the company's product, called geoMatrix, is "a unique solution that enables intelligence and law enforcement to have the ability to locate, track and operate any subscriber covertly almost anywhere in the world, all in real time using a very user-friendly interface and graphically supported maps."

According to the Registrar of Companies in the Ministry of Justice, two of the controlling shareholders in Rayzone, Yohai Bar Zakay, former Unit 8200 Deputy Commander, and Eran Reshef, have served as directors at M.T.R.X since March 2015. Avital himself was terminated as director of the company in May 2021, according to the latest report to the Registrar, but, as mentioned previously, he is still a shareholder (31%) through the IDR company which is under his full control.

Court documents previously presented in Calcalist's investigation into Rayzone’s activities showed that the company operates in Mexico. Thus, for example, it emerged from the documents that in March 2018, Rayzone received from another Israeli company, Senpai, a payment of $50,000 for services the company provided in Mexico.

Zerón and Avital have been acquainted with each other for a long time from Avital's operations in Mexico. Avital is the owner (100%) of the IDR company in Mexico. IDR, through which Avital also owns shares in M.T.R.X, manufactures short-range wiretapping tools marketed by the Rayzone Group called Piranha. Piranha is a system that captures the IMSI - the unique identification number for each user in the cellular network used by the telecom companies. Products of this type are used by police and intelligence agencies that seek to intercept and monitor cellular communications, including listening in on calls. 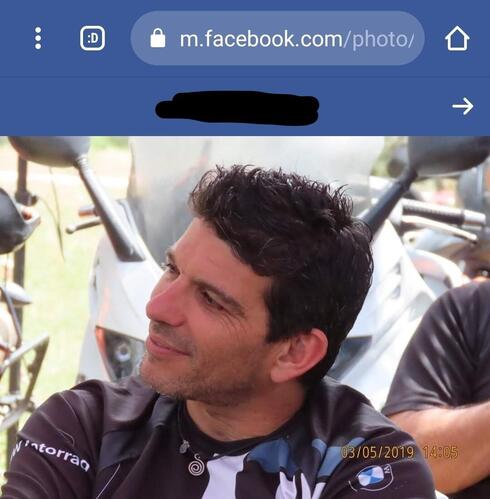 According to an official statement by the Foreign Minister in the Mexican government from January 2021, Zerón fled to Israel, which has no extradition agreement with Mexico, and sought political asylum here. 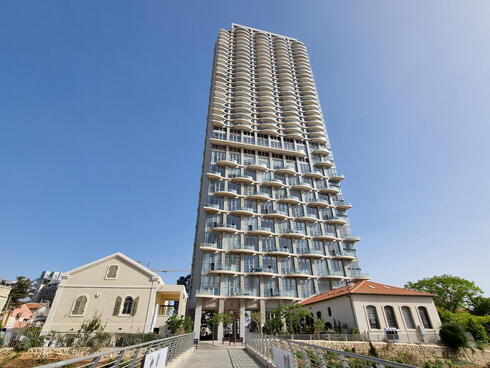 The affair, for which the Mexican authorities are trying to persuade Israel, without success so far, to extradite Tomás Zerón, is an open and bleeding wound for a country plagued by violence and cartel terrorism. The undisputed facts are that in September 2014, 43 students were abducted in the city of Iguala in the state of Guerrero in Mexico. The students studied teaching at a rural teacher training college, and traveled to the city that day to attend a demonstration against the Mexican government's economic policy. During the trip they were arrested by the local police and a confrontation ensued.

The details of the events at the time of the arrest and what happened after it are not clear enough. According to the findings of the investigation, the detained students were handed over to the criminal organization Guerreros Unidos ("United Warriors") and then apparently murdered. Their bodies have not been found to date. In a meeting with reporters in November 2014, the Attorney General of Mexico provided an update that bags had been found in the river that contained burnt human remains that were suspected to have been of the murdered students.

Tomás Zerón served in those days as head of the Criminal Investigation Unit (AIC), meaning that he was a very senior member of the Mexican Ministry of Justice. According to reports in the world press and in Mexico, he was responsible for the investigation and the formulation of the official report on the students’ disappearance. But the official report compiled by Zerón, it was claimed in Mexico, whitewashed the government's involvement in the incident. An international commission of inquiry set up following pressure from the authorities rejected Zerón’s report’s conclusions, as did the government of Mexico’s current president Andrés Manuel López Obrador.

Tomás Zerón, according to reports in Mexico, feared he would be arrested. He fled to Canada in 2019, and in September of that year flew to Israel. In December 2020, a picture of Zerón was published in the Mexican press - in the kitchen, unshaven and smiling - and it was alleged that he was photographed in his hiding place in Israel. Exactly where the photo was taken and on what date was not clear.

In January 2021, in the Haaretz newspaper, Oded Yaron reported that Mexico reached out to Israel and submitted a request for the extradition of Tomás Zerón on suspicion of involvement in tampering with the investigation into the kidnapping and murder of the 43 students and embezzlement of $50 million.

"The corrupt system is suing him"

In July 2021, the New York Times reported that Israel was dragging its feet on the issue. According to the report, as of that date, Israel had not yet processed Mexico's extradition request, or Zerón's own request for political asylum. An Israeli source quoted in the article claimed that the delay in dealing with the issue was intentional, and was intended to take revenge on Mexico for its UN representatives supporting the investigation into suspicions of Israel's war crimes against Palestinians in 2018.

In Mexico, the subject continues to feverishly occupy the local media to this day. Last month, journalist César Martínez reported in the Mexican magazine "Reforma" that last February a small delegation of officials headed by the Deputy Minister of Human Rights, Alejandro Encinas, visited Israel. The visit was reportedly initiated by Zerón himself, because Mexican representatives were convinced that the chances of reaching an agreement with him directly were better than the chances that Israel would agree to extradite him to Mexico.

In recent months, as mentioned, Zerón has been living in the Neve Tzedek Tower, with his business partner, businessman David Avital. According to the wording of the deed for the building, Avital owns rights to a cottage apartment as well as a balcony and private parking for a total area of 70 sqm.

"Tomás Zerón is a man who twice, not once, caught the greatest criminal in Mexico, the drug lord El Chapo," an Israeli businessman in the cyber field close to Zerón tells Calcalist. "Suddenly Mexico has become the most enlightened democracy in the world? And that’s the democracy that judges him? The corrupt system there and the president who is there, suddenly everyone trusts them? If they file a lawsuit against Tomás Zerón for bribery and torture, then is that really true?"

Over the years, the Ministry of Justice has given the same response to journalists' inquiries on the subject: "As a matter of policy, we will not be able to address such inquiries."

No response was received from businessman David Avital, the shareholder in M.T.R.X of the Rayzone Group, or Rayzone CEO Eran Reshef. Tomás Zerón’s response could also not be obtained.