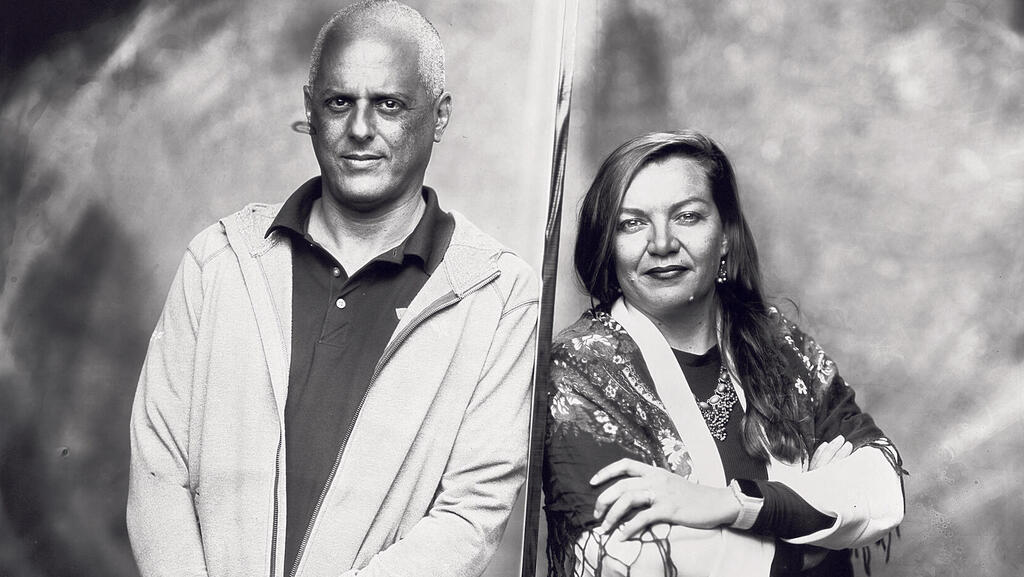 "Immigrants gamble their entire lives. There is no Plan B"

Oren Kaniel and his wife Lisa Zaythik started separately, from low life points, and climbed together to run unicorn AppsFlyer

"I grew up as a Christian, until at the age of 15 my grandfather revealed to me that he was a Jew who had lost his entire family in the Holocaust," Lisa Zaythik shares. "On his army card was written the word 'Jew’. It’s the only document left to prove his religion, and in the end it was my entry card into Israel, at the age of 17. I arrived in 2001 to Ibim, a small town two kilometers from the Gaza border, and the intifada broke out. My first words in Hebrew were 'go down to the shelter'. I later worked as a waitress in a cafe at a gas station, and people who recognized that I was a new immigrant would mock me and order dog food from me. I was crying, but the manager of the cafe said: 'You will not laugh at new immigrants here' and threw them out. He had my back. There were also good people like that along the way. And in retrospect, being an immigrant is like being in a school of entrepreneurship. You come from point zero and you have to constantly think about how to move on to the next point. "

And now your mother had to emigrate here.

"We are from Kherson (in the south of Ukraine), which was captured by the Russian military forces recently and she had to come to me in Israel. It is difficult for her. The instinct is to get out at all cost, but that is not necessarily what they need. It is like uprooting a tree and expecting it to grow elsewhere. It is a relief, but not a happy occasion. It was always fun for her to visit Israel, when she knew when she's returning home. Now she's depressed, crying, does not know if she'll ever see her husband again, and it affects the whole house. We try to fill the void as she has more time with the grandchildren, but it's a forced experience. She is with us physically, but not always mentally."

Oren: "Immigrants gamble 100% of their lives. If I, as an entrepreneur who grew up here, go on an adventure and fall, worst case scenario I will return to my parents' house. When you immigrate without a network of support, it forces you to be focused on the program so as not to give up on your life. There is no plan B. I am very connected to immigrants, so I always prefer to hire someone with an immigrant background. We have 20 offices in the world and when I hear a story of an immigrant, for me it's a big advantage." 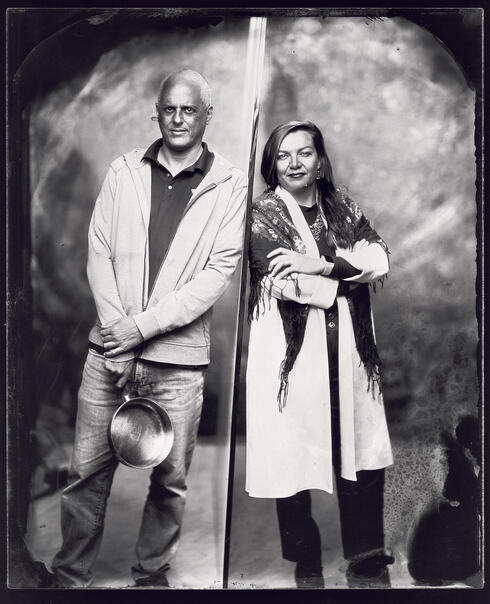 You became an entrepreneur after military service as a cook, not a routine high-tech background.

"It took me 25 years to say, 'I was a f-ing cook in the army,' and in job interviews I prayed they would not ask me what I did in the military, because the reputation of military cooks is considered inferior. I revealed it for the first time in an interview in Calcalist, because it was important to me that people should know that fact. There are a lot of kids whose future is decided by a random choice of the army, and it hurts. The fates of 18-year-olds are being decided by an organization that is ineffective and it affects the opportunities they will have. And it affects not only the outside world, but also the young soldier, who says to himself: 'I am only worth what the army has given me'. I wanted everyone who took crap from the army to know that their fate was not destined. It may have delayed my progress in life, but it's part of my story, and I do not regret it for a second."

The war in Ukraine also affects AppsFlyer, your company, which, among other things, has offices in Kiev and Moscow.

Lisa: "I try not to let my personal experience influence business decisions. The situation raises complex questions on a philosophical, humane and ethical level. All the people in Russia can not be seen as responsible for their government’s decisions, on the other hand, these people chose this government. In conversations with our workers I try To think empathetically, to listen to different opinions and not to judge."

Microsoft and IBM will lay off hundreds of employees in Russia. What are you planning?

"People are not to blame for what happened and we want to support them. The focus is on keeping workers on both sides and guaranteeing them employment. The company has grown, there is no shortage of work, and there is no need for collective punishment."

Even regardless of the war, high-tech is moving from wild hedonism to belt-tightening.

"In the economy there are crazy cycles, periods of slowdowns and growth. Now we are heading for a slowdown that we do not know what its size and consequences will be, and it is certainly permeating. This summer, for example, we will no longer hold a pool party event for our 1,000 workers in Israel and their families. Instead, we will hold a more focused and functional event. I see in various forums that companies are now stopping recruitment and firing people, but we are not there. I, as the company's Chief People Officer, see an opportunity here in terms of the supply of talents that can be recruited."

Oren: "I have experienced several cycles like this in my life, and since 2015 we have known that we need to be prepared for such a period. Slowing down is a much healthier thing than what was here before."

"Because it clears the market of illogical things, which in the first place were not supposed to get that much money. Money was poured here for free from trucks, even on things without a right to exist. Companies with revenues of only a few million dollars have become unicorns, it does not make sense. During the bubble investors charged like a herd, everyone bought or sold according to trends, not according to value. Today investors think twice and check if the company has a right to exist, if the product adds value and the customers are interested in it."

Investors were the problem?

"It is common to think that as high a value as possible for a company is good, but in my opinion it is the other way around. At a ridiculous value a miracle must happen for there to be somewhere to grow. When you bring in a new investor into a company you want them to make a profit, and that happens at a justifiable value. It's not impossible to grow out of crazy value, but it's neither right nor healthy. So what is happening now is a healthy blow to the industry. It cleans it up and moves talents to the right places. Talent that works on a product that has no right to exist is wasted."

Wiz, a cyber company with product and content, but which was just born, has reached an astronomical value of $6 billion. What do we learn from this about the industry?

"You recruit an employee and give him options worth $6 billion - what needs to happen for this employee to see money, or for your investor to see money? These are questions that people have not asked themselves. An IPO is not an exit, it is the beginning of a journey, and pricing should be such that it will allow any investor, employee or pension fund to make money. When an investor enters at a ridiculous value, the chances of that are very low and the company is saddled for the future with a dream that is difficult to realize."

You two have been working together for a decade. How is the combination between you two?

Oren: "Lisa has her feet on the ground when it comes to execution, so I can be calm without knowing all the details along the way. You cannot dream without her ability to perform, because then these are just daydreams. And the greater your achievable reality, the bigger you can dream."

When is it hard?

Lisa: "When Oren comes up with a cool idea but I'm the one who knows what's going on in the field, how the idea affects the work plan, what the implications are and what its cost effectiveness is. Oren says, 'Leave me alone, I want to dream for a moment,' and then we collide. In the end, it depends on my ability to listen to Oren and my understanding of where things can work."

Oren: "We did not plan to both be a couple and work full time together, but it happened naturally. We tried and it worked, and today I no longer know what it's like not to work with your partner. Most couples in the world do something much crazier in my eyes, bringing children into the world together. It's an endless and irreversible project. I see working together as a competitive advantage over all the companies in the world. I could not do what I do without this set-up between us. We can think together this weekend about something revolutionary, and start acting on it on Sunday."