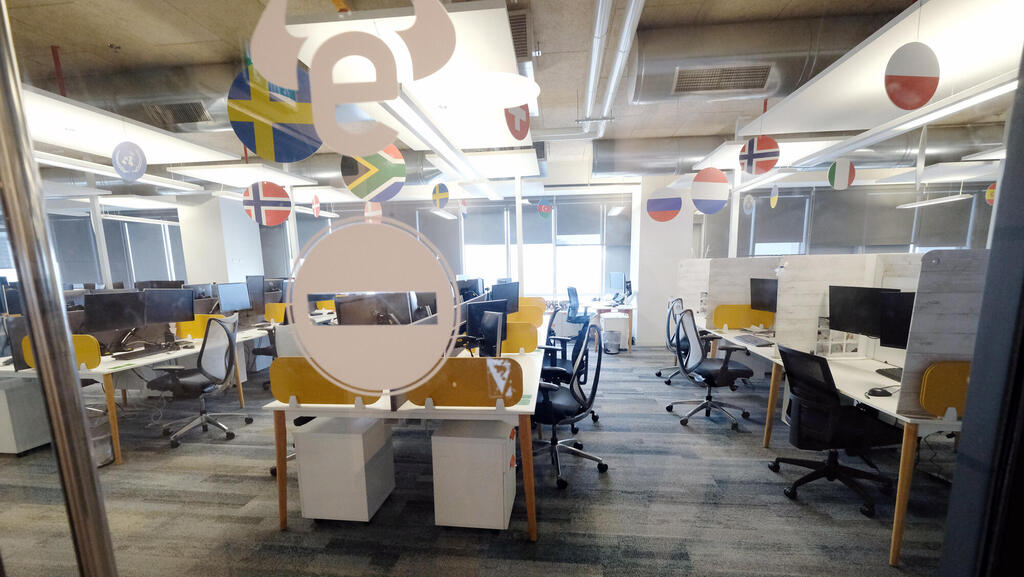 A dramatic increase in the sale of shares by employees and investors at reduced valuations, the drop in open positions at startups, and the fact VCs are dictating draconian terms before investing are all indications that the financial crisis has truly started to hit the local tech sector

On the outside, it seems to be business as usual for Israeli high-tech. Layoffs are still relatively insignificant in comparison to the U.S., new unicorns continue to be born, albeit at a slower rate, there is no shortage in new funding rounds, and the restaurants at tech centers are still packed at lunchtime. However, a peek behind the scenes shows that all is not well in Startup Nation.

Calcalist examined three different indications which show that the month of June was a turning point for the local ecosystem and that stress levels are starting to significantly rise. These signs include a sharp increase in secondary deals completed by tech employees and early-stage angel investors who are being proactive in selling their shares rather than waiting to be courted by funds, willing to offload their holdings for a valuation lower than that received by the company in its latest funding round.

Other indications include the dramatic drop in the number of open positions advertised on company websites and the return of draconian terms dictated by venture capital funds before investing, terms not seen for over five years since the shift in power from the investors to the entrepreneurs. 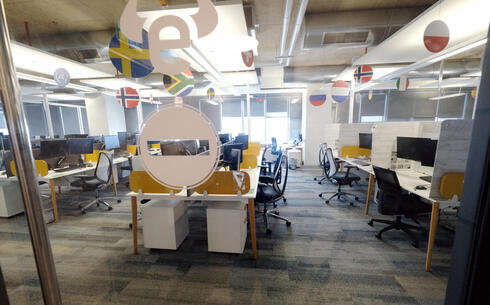 All of these changes have so far taken place behind the scene and aren’t even apparent to many of those employed in the industry. This allows tech executives to insist that journalists are being too pessimistic in their predictions, or are even gloating at the downfall of the sector. However, unless there is a miracle in the U.S. economy or Wall Street over the coming months, these changes will have widespread ramifications and affect the entire sector.

The stress is currently mainly being felt underground and it is in everyone’s interest to keep it that way. Or as a veteran VC put it last week: “What entrepreneurs and investors least want right now is to meet, because they know that if they meet they will have to talk about the company’s current valuation and no one wants to do that.”

The funds specializing in secondary deals were the ones courting tech employees and investors other the past two years, but that has reversed over recent months. Employees weren’t rushing to sell their shares over recent years as they assumed that their valuation would increase when the next funding round came around. There were instances in which company executives had to convince junior employees to realize at least some of their holdings in order to reduce the overall risk. This situation has now changed, with Calcalist learning that many employees are currently the ones pushing for secondary deals after seeing what happened to the valuation of companies on Wall Street and considering the financial burdens they undertook during the heydays. These deals are taking place with the approval of management, but are being done at valuations lower than that which companies reached in their most recent fundraising.

For example, shares at Fundbox, one of Israel’s newest unicorns which raised $100 million at a $1 billion valuation last November, were recently sold at a valuation 20% lower than the recent rounds. Employees at Sisense, another unicorn that was valued at $1 billion in its latest round, have also been selling shares at a 10-20% discount compared to the recent valuation. Employers at eToro, who have understood that the company is no longer set to go public after the SPAC merger at a $10.3 billion valuation was abandoned, have realized some of their stock in deals that valued the company at between $3.5-5 billion.

“The number of approaches by employees has surged by 30% over recent months, with early-stage angel investors also beginning to approach us in June,” said Moran Chamsi, Co-Founder and Managing Partner at Amplefields Investments, a private equity fund that specializes in late-stage tech companies. “I currently have on my desk 50 deals to acquire shares after we examined over 100 companies in recent months. Not everyone has fallen back down to earth when it comes to valuations, but the employees understand that it is better to have one bird in the hand.”

Chamsi said that most deals with employees are being done at valuations 10-15% lower than what the company received in its most recent round. “On average these deals are for 10,000 shares when it comes to employees, but when it comes to angels it can also reach 2-5% of the company,” revealed Chamsi. “What stands out at the moment is the panic and eagerness of employees to receive whatever they can before the valuation drops further. In many cases, we are approached by a group of employees who have grouped together to sell a more significant share in the company.

“Recently we are beginning to also receive approaches from more senior employees, as well as early-stage investors. However, the vast majority are still relatively young employees who are in their 30s with one or two children and are trying to meet the financial obligations they have taken on. They no longer have millions, but most of the deals we have done were for several hundred thousand dollars per employee.”

According to Amplefields website, the company holds shares in several notable unicorns, including Verbit, Via, Trax, OpenWeb, StoreDot, and Cybereason.

In addition to dropping valuations, recent months are also seeing more and more VCs include protection clauses in their investment offer sheets. This is something that was customary until five years ago, but virtually disappeared from around 2015 when the tide shifted in the favor of entrepreneurs. It is now the investors who are in control and they are making the most of the situation, so much so that sometimes an investment round that seems impressive on the face of it includes a dividends payment to investors even in the case of a lucrative sale that would leave entrepreneurs with very little, not to mention the employees. Most protection clauses are included in investments in later-stage companies that have already been valued at hundreds of millions of dollars. 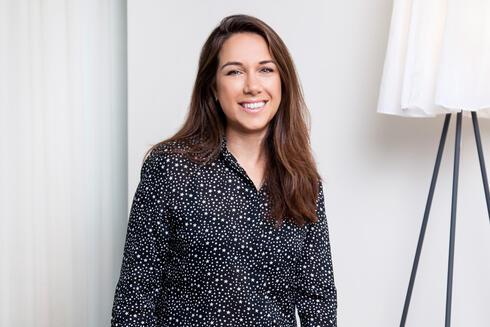 “The market is undergoing adjustments. It started with the drop in valuations, continued with the fall in the number of deals, and now there are already situations in which there is too big a gap between the valuation in the previous round to the valuation investors are currently willing to invest at. In these cases, rather than conducting a down-round, they are looking for creative ways to reduce the risk being taken by the latest investors to enter. We have yet to conduct such deals, but I’m hearing about more and more of them,” Natalie Refuah, General Partner at Viola Growth, told Calcalist.

These creative ways include what is known as a dividend clause, which despite its name isn’t similar to dividends distributed to shareholders of public companies, but is rather a mechanism in which the investors receive an accumulated dividend in the case of an exit.

For example, in a situation in which a fund invests $100 million in a company and agrees on a 12% dividend clause (this represents a real case), should the company be acquired after five years, the fund would be entitled to around $170 million, in addition to the value of its holding. So say the company sold for $500 million, more than half of the sum could be heading to a single investor, and this is before the entrepreneurs, not to mention the employees, have received a single dollar from the sale.

There are other clauses such as ‘participating preferred stock’ in which the holder has the right to receive dividends equal to the rate that preferred dividends are paid to preferred shareholders, as well as an additional dividend, or SAFE loans (simple agreement for future equity), which became relatively popular at the start of the Covid-19 pandemic but quickly faded.

While banks and funds specializing in credit try to convince startups to take on debt, most of them still prefer equity funding rounds as taking on debt sends a signal to the sector that VCs didn’t want to invest in you. Refuah also believes that despite draconian terms that are sometimes included in offer sheets, it is still preferable for startups to conduct funding rounds rather than receive credit.

“I personally don’t like taking on debt during a stressful period as that means you also have payments which you have to make and in a time of uncertainty it is best to avoid such situations. It is better to conduct another round at the same valuation and avoid debt or another round showing an increased valuation but with draconian terms.”

Even more than money, the main point of interest when it comes to the tech sector is the employees. Israel’s unique position in the world of technology is a direct result of its workforce, which has turned the country into a global R&D center. While over 20,000 tech employees have already been fired in the U.S., in Israel the number hasn’t even reached 1,000, and that is with the industry already short 10,000 skilled employees

In the meantime, the number of Israelis employed in the tech sector reached a record 431,000 this past April, making up 11.7% of the overall local workforce compared to 10.5% in 2020, according to the Israel Central Bureau of Statistics. Almost all the employees that were recently fired have found little trouble landing a new job, with some even testifying that they did so at improved conditions compared to their previous position.

Nevertheless, according to data collected by data intelligence platform Lagoon, there has been a sharp decrease in the number of open positions being advertised by tech companies on their websites. Lagoon, which scans company sites, job websites, LinkedIn profiles, and more, discovered that there was a 20% drop in the number of these open positions. This is a similar rate to the 23% drop seen on the websites of American giants Salesforce and Coinbase.

The reality could even be worse as many employees have noted that after applying for a role listed on a company website they were notified that the position is no longer being filled. HR managers have also said that they were told to keep the openings listed on their website, but not make an effort to fill them.

“The number of open positions still continued to rise in the first quarter, but in the second quarter the trend completely reversed and it became even worse in June,” Omri Shtayer, Co-Founder and CEO of Lagoon told Calcalist. “You can even see the change in the rate of recruitment in LinkedIn profiles, with a company like Riskified, which recruited over 100 employees in 2021, settling for just 20 recruits in the first half of this year.”

According to the data, the drop in recruitment among public companies was greater than that of private companies. The public companies already slowed their rate of recruitment at the start of the year, while the private ones only followed suit in April. The Israeli companies in which there was the biggest drop in open positions were eToro (which abandoned its SPAC merger), Snyk (which also laid-off employees), and SimilarWeb (which went public last year and has seen its share price drop by over 50% since the start of 2022).

Elsewhere, Facebook Israel has cut the number of its open positions by almost 50%, while that figure has fallen by 15% at Microsoft. Not every reduction in open positions necessarily leads to layoffs, with most companies likely to settle for halting recruitment and forgoing filling roles that were vacated. However, Lagoon’s findings show that the situation in Israel isn’t that different from what is happening in the U.S. and that the only difference is in the delay and level of intensity.