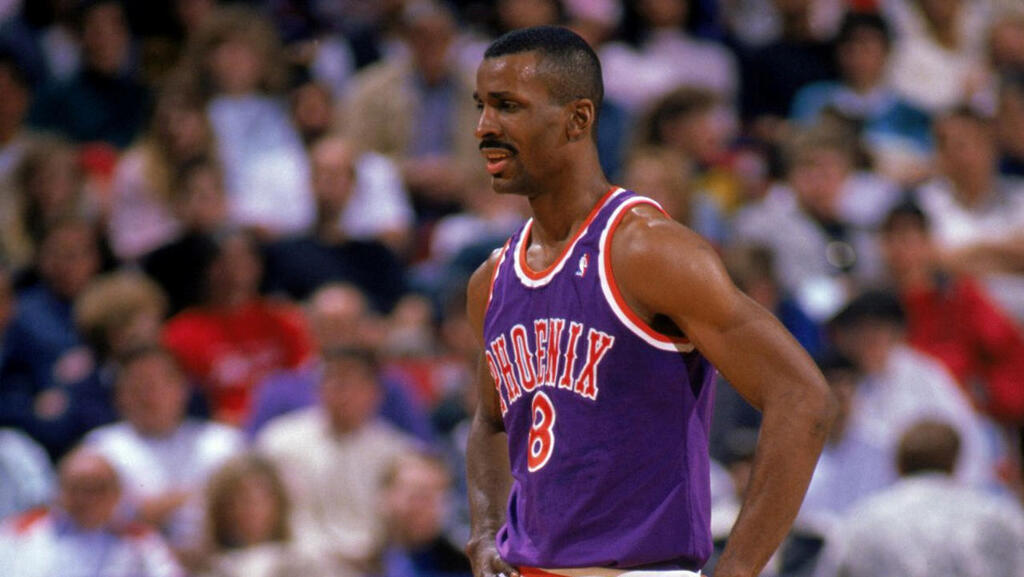 A slam dunk for mental resilience

Developed by Israelis, The Hour25 AI app receives advice from former NBA stars, including Eddie Johnson, to help ordinary people to block out distractions and develop the focus of superstar Steph Curry

Steph Curry is the most influential basketball player of the last decade, and possibly this century. A man whose talent, personality and prowess changed the style of the game, influenced an entire generation of players and produced four championships for his team, the Golden State Warriors. Despite this, and perhaps precisely because of this, Curry is the player who receives the most criticism. Here is a sample of the millions of tweets on Twitter that he has received since the beginning of the season: "You don't know how to lead", "You can't carry the team without Kevin Durant", "You just turnover the ball". The list is long. 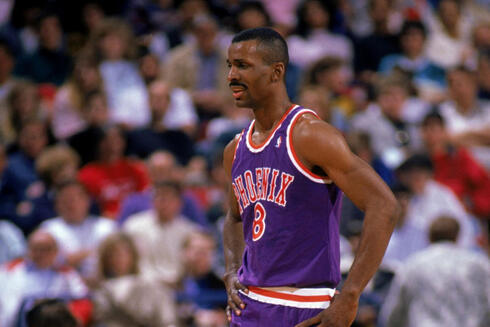 These criticisms have a huge psychological impact. They almost crushed the Warriors themselves. Not because of Curry, but rather because of another superstar player: Kevin Durant.

"Durant left the Warriors because he was unhappy, in large part because of Twitter. He didn't live up to the criticism," explained Ethan Strauss, who wrote a book about the rise and fall of the Warriors. "On the court he scores tremendous winning baskets, and in my eyes he resembles Michael Jordan. Except that Jordan is remembered as a brutal alpha male, while Durant is seen as a vulnerable person. How would Jordan deal with social media, considering his obsessions and sensitivities?" Jordan himself answered this question in an interview in 2017: "I doubt I would have survived in the age of Twitter."

Steph Curry, on the other hand, does not ignore criticism or a hostile audience, but knows how to set healthy psychological boundaries for them, and even turn hatred into a fuel that drives him. In an interview with NBC, he revealed that sometimes he goes on Twitter in the middle of the game to read insults and get himself pumped up. "If you let even an ounce of negativity from one response creep in, it's not good," he said. 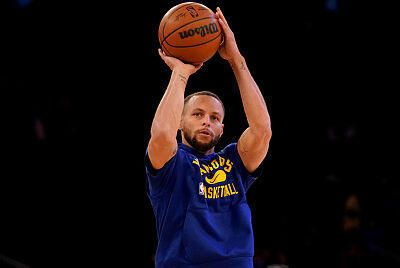 Eddie Johnson was not surprised by this attitude. "I've known Steph since he was 7 years old, and I can testify that he is one of the athletes with the greatest mental strength I've ever met," Johnson tells Calcalist. And Johnson met a lot of great athletes: he played 17 seasons in the NBA until he retired in 1999 and is remembered as one of the best scorers in the history of the league, with more points than players like Scottie Pippen or Magic Johnson.

"Curry does not let social media activity affect him, and this is a significant x-factor in his success," says Johnson, who currently serves as a basketball commentator and as a professional consultant for the Israeli company Hour25 AI, which develops a platform for fortifying mental strength and concentration capabilities. "When players are affected by social media, it's a distraction for the entire team. You have to know how to control it, in sports and in life. And Steph Curry shows us how."

Mental toughness is a decisive factor in sports, sometimes more than good genetics. "This is the only psychological element that all champions have in common," senior sports psychologist Dr. Boris Blumenstein told us in 2019. "Veteran athletes do two or three training sessions a day and work for hours and hours just to improve a small element. It's very monotonous, and requires a strong mind."

Steph has been doing it from a very young age, says Johnson. "I played for the Charlotte Hornets with Steph's father, Dell Curry, and I can say that Steph's ability to concentrate and learn was evident from childhood. When we practiced on one side of the court he practiced on the other side, and when we practiced on a full court he studied us. My son is his age and he also loves basketball, but he didn't have that ability to focus: he was distracted by computer games, he fought with himself before picking up a basketball. With Steph, it was never a question: at any moment, if he could have the ball in his hand, that's what he did.

"And this is also what characterizes him as a player: he always has something to prove. He knows how he is perceived, and does everything to prove that he achieved achievements by virtue and not by grace. When he was perceived as a weak defensive player, he did everything to learn how to defend better. The criticism does not affect him. On the contrary, his tremendous mental resilience allows him to 'ride the wave' and use it as motivation. It's a superpower."

This ability to surf over the criticism, especially from social media, is part of what made Curry who he is. The NBA is the most talked about league on social media, and the venomous criticisms leveled at it harm the basketball players' self-confidence.

"Social media allows people who are jealous of you to bother you," says Johnson, who in light of his personal history has become an expert on mental toughness, especially of basketball players. "I grew up in one of the roughest neighborhoods in the heart of Chicago, with six brothers and sisters. When I was 13 years old, my father left us. In our neighborhood there was a lot of crime, drugs, gangs, pimps. I had friends who were killed or died of overdoses. I saw how crime can improve the lives of people, get them nice cars, nice clothes. I had every reason to join a gang myself, but I remembered my mother's face when my brothers hung out with the wrong people. I saw how bad it was for her. It was very difficult, because there were always those who wanted to take me down: 'Hey Eddie, let's do drugs.' To overcome that you have to have mental toughness, the ability to focus on yourself and your work, doing what's best for you. It's hard to do that when your friends are trying to drag you into bad places, and it's just as hard when you're exposed all the time to social networks. That's how I learned, at a young age, to set a goal and follow the path to it."

He found his purpose in sports. "In my teenage years, we moved to the western suburbs of Chicago and there for the first time in my life I met white people. It was also there that I began to love sports and stand out in them: baseball, football, basketball, roller hockey, everything. When I realized that I was better at basketball than others I realized that this was my ticket, and I decided to focus on it. In high school I barely saw the light of day. I would wake up in the morning before everyone else, get on the bus when everyone else was asleep and arrive at practice at 7 am, and after school stay for another practice. Id’ come home at 6 or 7 in the evening, eat something, do my homework and go to sleep. It was like this every day, throughout high school. I lost friends in the neighborhood, I didn't have a girlfriend until the end of high school, I didn't go out to parties. In college the distractions became even more difficult: people smoking drugs in front of your face, celebrations, parties, dating. It requires sacrifice, but that's what a good career requires. In the NBA you are one player out of 400, when millions of others want your job. If you are not focused and strong and deal with the distractions, a talented and hardworking young player will come and take your job. I decided that there is no way this will happen to me, that I will be mentally strong like the best players in the world, as professional as possible. If you beat me, it's not because you wanted it more than me, it's only because you're a better player."

He attributes a huge part of his ability to focus to his coaches. "They demanded a lot from me, they got on me when I wasn't focused, built a schedule that wouldn't leave me time to get involved with other things. Every time I strayed, my coaches and my mom were there to direct me back to the goal. Kids today don't have that. There's nothing to help them concentrate against the distractions of social media and the internet. That's why I joined Hour25 AI: they provide something that is so needed in today's world, which is made up of the distractions and obstacles of social media."

From sports, and especially from players like Steph Curry and Eddie Johnson, you can learn quite a bit about dealing with distractions. “Hour25 AI helps employees and students maximize their abilities," says Yair Nativ, co-founder and CEO of the company. "That's why we have a natural connection to NBA players, who dedicate their entire careers to focus, concentration, performance and achieving results. Eddie was joined by Mark West, who also played 17 seasons in the NBA."

Hour25's product analyzes smartphone usage, identifies emotions and behaviors in real time, and offers psychological and behavioral solutions that help develop mental resilience, focus and resistance to distractions. "In the session we did with the NBA players who joined our company as investors and advisors, we talked about the similarity between sports and real life in everything related to focus and mental toughness," says Nativ. "All achievers are in a competitive environment and need to function all the time. Maintaining a high focus in the face of external difficulties and disturbances is the essence of the human challenge in the modern world."