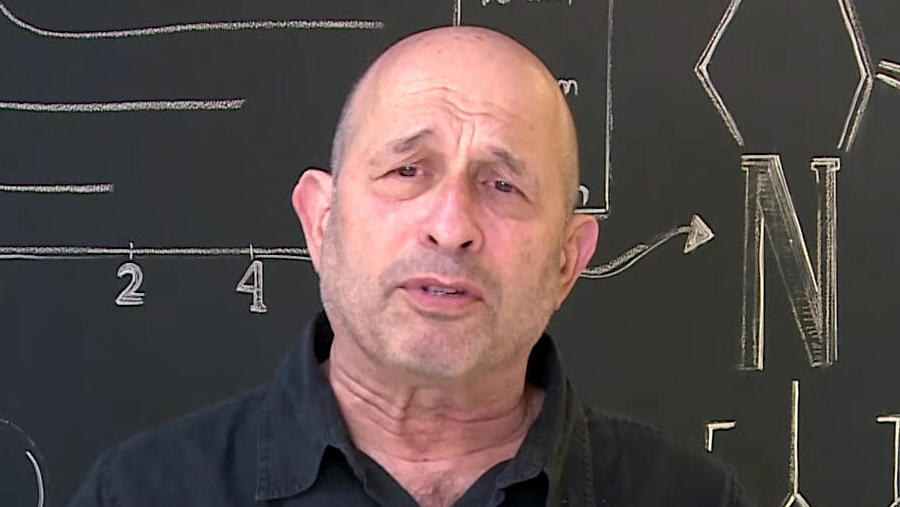 Nano Dimension CEO targeting takeover of company and its $1.2 billion in cash

Yoav Stern, CEO and Chairman of Nano Dimension, wants to reprice his options so they will immediately go into the money and see him claim 10% of the company, currently traded at a value of only $633 million despite having $1.2 billion in cash

Is Yoav Stern, the chairman and CEO of Nano Dimension, trying to de facto take over the Israeli company, which is traded on Wall Street at a value of $633 million, despite having a cash fund of $1.2 billion? Stern, who was appointed CEO of Nano Dimension at the end of 2019, and during 2021 was also elected chairman of the company, has requested that his options be repriced at the upcoming shareholders' meeting to be held on December 13.

This is not a mild correction due to the market conditions, but rather a brutal reduction of the exercise price from $6.16 per share to only $2.46. Amazingly, the new figure is exactly the price at which the company's stock is currently trading. Stern is requesting that he be allowed to exercise his options over several installments within a year from the moment of approval. If granted, it would make Stern the largest shareholder in the company with about 10%, with Nano Dimension having many small shareholders who hold less than 5% each. 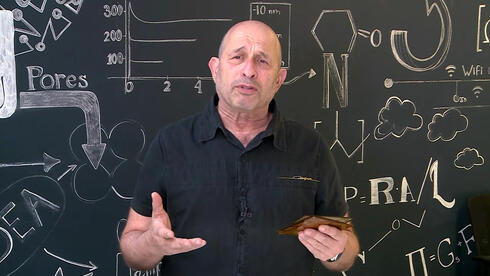 To call Nano Dimension a "company" is a broad stretch of the term, as it is primarily a $1.2 billion cash fund traded on the stock exchange. Until May 2020, Nano Dimension was a marginal company that was traded on the Tel Aviv Stock Exchange with a value of tens of millions of shekels, this after it entered trading through a merger in 2014. For several years it was traded both in Israel and New York, but after Stern took office it announced that the costs of trading in Tel Aviv were too high and it was delisted.

Nano Dimension, under Stern's leadership, took advantage of the tide of the pandemic period for a fundraising binge that brought it its current cash pile. On the other hand, and despite the announcements that the fundraising was intended to finance a huge strategic purchase in the field of 3D printing, this has not yet happened. Stern did lead a number of acquisitions in the past year, but all of them were quite minor, of companies that were not large and unknown, and they also did not manage to boost Nano Dimension's revenues, only its losses. Thus, it finished the first half of 2022 with revenues of $21 million and a loss of $73 million. These are disappointing numbers in view of the fact that the company has already invested more than $80 million in four acquisitions. In addition, at the beginning of the month it announced that it had reached a holding of approximately 12% in the Israeli company Stratasys, one of the global pioneers in the field of 3D printers, which is traded on Wall Street at a value of close to a billion dollars and adopted a poison pill strategy immediately after Nano Dimension's announcement to prevent a takeover.

Nano Dimension has not yet clarified what it plans to do with the shares of Stratasys, and in the meantime it is mainly burning the massive funds it raised, which reached $1.5 billion. Most of this money came from small investors who chased everything that smelled like technology during the pandemic years. The field of 3D printers, which has long been a sector of great promise that has not really been realized at the commercial level, received a boost with the idea that damage to supply chains would lead to an increase in demand for printing spare parts and small products.

But the hype faded and with it so did Nano Dimension stock, which returned to its level from the beginning of 2020, after already hitting a record high of $13 in 2021. Now, beyond the puzzling request to reprice the options, the company also wants to approve an unusual increase in share capital, from 500 million shares to 800 million shares. This is of course an unusual number of shares for a company of this size, even if it is still planning huge purchases in the future using its shares. It seems that the increase in the share capital is more likely related to a possible attempt to defend against a potential takeover, which certainly seems possible as it is being traded at a value of half of the cash in its coffers.

What does Stern plan to do with the money? It's a good question that certainly comes up quite a bit among those who bought shares of Nano Dimension in the IPO at an average price of $12.5. In a letter to investors, which accompanied the second quarter reports, he wrote as follows: "Our achievements and progress in developing new products are much more important than showing growth on a quarterly basis. Traders and short-term investors may be disappointed that the expenses do not decrease, but the 'financial' measure of our success is exactly the opposite: it is our ability to locate and recruit the scientific talents, and therefore the expenses are our important investments that are only defined due to accounting rules as 'expenses'. Nano Dimension's management can think, plan and execute long-term business plans, avoiding the trap of wasting precious energy and time on achieving short-term financial goals."

Of course, Stern's altruism at the expense of investors is one-sided. Beyond the repricing of the options, which are added to his salary and bonuses, when Stern joined the company, he included a clause that allows him to receive a golden parachute not only in the event that he is fired, but in any event of the addition of a new director without his consent. Now, in convening the meeting, he wants to repay the board of directors who were generous towards him by increasing the indemnity ceiling for the directors. Thus, at the same time, the unusual agreement is apparently related to Stern's background, which, although it was not detailed by the board of directors at the time of his appointment as CEO, is important in light of recent developments.

The quick removal from Magal

In 2009, Stern served as CEO of Magal Security Systems, a defense company that was traded on the Tel Aviv Stock Exchange and on Wall Street, similar to Nano Dimension, but was dismissed after a few months in the position. After being removed, which was justified by the chairman at the time, Yaakov Perry, with the claim that his character and manner of conduct did not allow him to serve as CEO, Stern started a power struggle for control against the board of directors, while organizing a group of investors in an attempt to take over Magal.

The struggle continued for many months into 2010. In a letter to shareholders submitted to theU.S. SEC, Magal wrote the following about Stern: "During his time, Stern fired or caused the firing of many senior employees and caused almost irreversible damage to the morale of the other employees. During his time at the company, the employees were kept in a hostile atmosphere as a result of his management style. When Stern joined Magal, he made it clear to some of the employees that his intention was to lead a takeover of the company through the purchase of shares at a low price by the executives." In the end, Perry won and remained in his position, but the shock caused by the fight against Stern was probably too damaging, and shortly after Magel was sold to FIMI Opportunity Funds.

Yoav Stern and Nano Dimension did not respond to a request for comment.