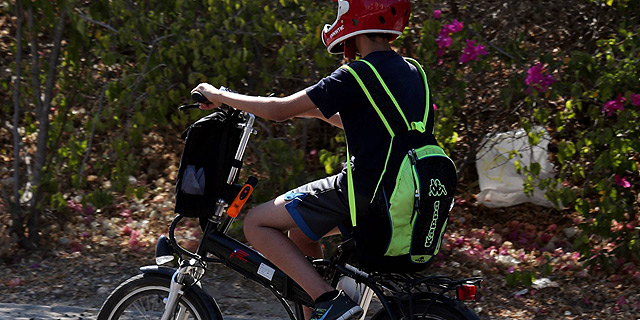 On Yom Kippur, all transportation in Israel comes to a halt, and busy roads and highways become bikers’ paradise

Yom Kippur, which began at sundown on Friday and ended on Saturday evening, is the holiest day of the Jewish calendar. Observed as a 25-hour period of prayer, atonement and fast, it is part of the Jewish High Holiday season, which begins ten days prior with Rosh Hashanah, the Jewish New Year.

During Yom Kippur, all business and services other than emergency services are suspended, in compliance to Israeli legislation. This includes public transportation, television, and radio broadcast, which are shut down for the entire period. Private cars, while not required so by law, stay off the road for the day in what has become a decades-long tradition.

With cars gone, secular Israelis have developed their own Yom Kippur ritual: the Holy day doubles as the country’s unofficial bike festival, in which bikers, rollerbladers, and skateboarders take to the roads and highways in droves.

Tourists visiting Israel during the High Holiday season each fall witness a surreal scene. Before sundown on the eve of Yom Kippur, all business activity shuts down, gradually turning even the country’s main urban hubs into eerily quiet ghost-towns. Then, just after sundown, cities become alive again, this time with tens of thousands of bike-riders. The festival lasts into the following evening.

The day-long "ban" on cars and total market shut down have one uniquely positive outcome. On Yom Kippur, air-pollution rates in Israel's main cities drop by almost 99%, according to the Israeli Ministry of Environmental Protection.

While Yom Kippur is positively regarded by many secular Israelis as a national holiday for the bike-riding tradition associated with it, it has been at the center of a growing dispute between religious and secular Israelis about the place of Judaism and religion in Israeli life and as a force behind many Israeli laws. Earlier this month, thousands of Israelis signed a petition to require cable and satellite broadcast companies in Israel to keep on demand video services accessible during the holiday. Services by Israel’s cable, broadcast, and on-demand video providers were unaccessible over the weekend.