Signs of Slowdown in Israeli Tech

In 2017, more Israeli-linked startups are raising money with downgraded valuations, according to a new report

The Israeli tech sector is showing signs of a slowdown, according to a new report by Israel-based law firm Shibolet & Co. based on venture financing data.

In the first half of 2017, 10% of all Israeli-linked startups that have reported funding deals raised money according to a valuation lower than the one used in previous funding rounds, according to the new report, published Wednesday. For comparison, the equivalent share of down-rounds was 7% in 2016 and 8% in 2015. 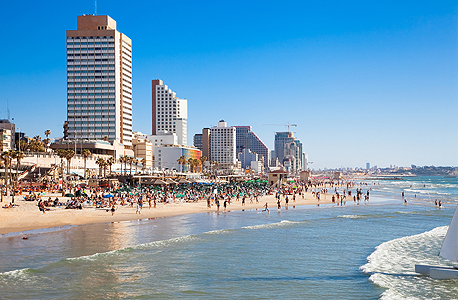 Tel Aviv's coastline, where many of the country's tech companies are located

The downturn reported is in line with wider industry trends: 16% of Silicon Valley companies raised according to lower valuations in the first half of 2017 compared to 13% in 2016 and 8% in 2015.

Shibolet’s analysis is published by the company's tech practice twice a year. Data regarding Silicon Valley is supplied by U.S.-based firm Fenwick & West LLP, a technology and startup-focused law firm with offices in Silicon Valley. In Israel, most of the down-rounds occurred in Series B and later funding rounds. 25% of all Israeli down-rounds pertained to companies that raised advanced funding rounds—Series E or higher, compared to 17% of mature Silicon Valley companies. 13% of the companies that reported decreased valuations, raised a Series B funding round, in Israel and in Silicon Valley. While a down-round may be due to a natural screening process of companies, early down-rounds may be a sign “that low-quality investments were made in the first stage (quantity at the expense of quality),” according to the report’s authors. The increase in down-rounds came at the expense of up-rounds. 84% of Israeli companies reported raising funds according to an increase valuation in the first half of 2017, compared to 90% in 2016 and 84% in 2015. The increased share of down-rounds may be due to a slowdown the industry, according to the report authors. Regulations issued by Chinese government in 2016 limiting foreign investments were also mentioned as a possible cause.

1.
Due Diligence
An additional factor in the down rounding is that investors are paying more attention to patent and IPR due diligence reports and are using specialized firms such as mine within the overall due diligence process. We note this more careful approach in the M&A scene too, where responsible law firms check the IP portfolios far more closely.