The story of Nasdaq-listed MediWound began with a German doctor, who searched for a way to treat the wounds of Wehrmacht soldiers stationed in North Africa

Nasdaq-listed, Israel-headquartered biotechnology company MediWound Ltd. is attempting to revolutionize the way doctors treat second and third-degree burns. To do so, it is using a patented technology first discovered by a German military doctor during the Second World War, which involves the topical application of pineapple plant enzymes to burn wounds.

Founded in 2001 in Yavne, 18 miles south of Tel Aviv, MediWound develops, manufactures and commercializes treatments for severe burns and chronic wounds. The company’s flagship product is a pineapple enzyme-based treatment used for the removal of dead tissue from burn wounds called NexoBrid. 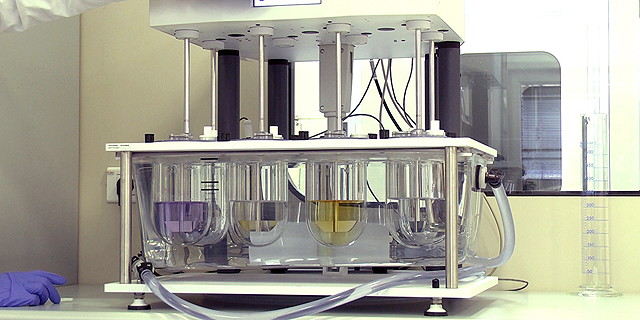 The gel preparation kit is compiled of two vials, one containing enzymes from powdered pineapple tree trunks, the other containing a water-based gel. The two are designed to be combined just before application on the skin. The gel is effective in removing only the dead tissue, possibly minimizing the need for surgical procedures.

MediWound CEO Gal Cohen narrates a picturesque odyssey that led to the solution’s development. It began when German military doctor called Jerry Klein who was stationed in North Africa in World War Two. Dr. Klein searched for an effective, non-surgical way to treat the multitudes of burn wounds he encountered on the frontlines, before being captured by allied forces. A prisoner of war, Dr. Klein fell in love with a U.S. military nurse and followed her to the U.S. when the war ended. In the U.S. Dr. Klein met an American doctor, and the two began collaborating in the research of the medicinal properties of pineapple enzymes when applied to burns. The research evolved throughout the 1960s and 1970s, but the two were unable to isolate and control the levels of enzymes well enough to assure a consistent, marketable medication can be produced. Israeli plastic surgeon Lior Rosenberg took on Mr. Klein’s research after meeting him at a conference in Switzerland in the 1980s. For over two decades Mr. Rosenberg researched and experimented with pineapple enzyme-based treatments. At one time the head of the department of plastic surgery at Soroka University Medical Center in Israel’s southern city Be’er Sheva in Israel’s south, Mr. Rosenberg founded MediWound in 2001. “It took us 12 years from the moment we founded the company to receive marketing approval,” Gal Cohen, Mediwound CEO said in an interview with Calcalist Tuesday. NexoBrid was approved for marketing in Europe in 2012 and Israel in 2013. 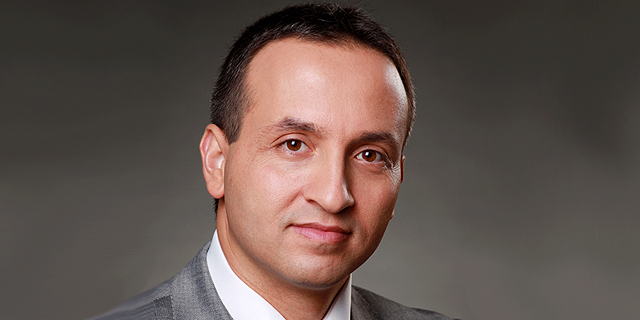 NexoBrid in intended as a replacement for surgical procedures. There are no other non-surgical treatments that achieve what NexoBrid does, Mr. Cohen said. Since the 1970s, doctors learned that the only way to treat severe burns is to surgically remove the dead tissue. “We are trying to change a medical paradigm, and that is a great challenge,” Mr. Cohen added. NexoBrid had its moment in the spotlight in October 2015, when more than 150 people suffered severe burns following a fire at a Bucharest, Romania nightclub. MediWound sent two doctors and a supply of NexoBrid kits to aid local doctors. “The aid Mediwound sent Romania was practical proof of NexoBrid’s ability to serve as a central treatment for multi-casualty events,” said Mr. Cohen, who added that NexoBrid was used to treat over 50 burn victims in just three days. More than half of the burn centers in European hospitals now use NexoBrid, Mr. Cohen said. In January, Mediwound announced its expansion into Latin America through an exclusive agreement with Avalon Pharmaceutical S.A. In October, MediWound announced an agreement with Taiwanese biotech company Holy Stone Healthcare, Co., Ltd. for the distribution of NexoBrid in Taiwan. The companies plan to commercialize NexoBrid in Taiwan after getting regulatory approvals, expected to be granted within two years. “This agreement is part of our strategy to expand the use of NexoBrid to international markets by collaborating with local companies that take the responsibility for and possess the expertise in local regulatory, market access and marketing efforts,” said Gal Cohen, President and Chief Executive Officer of MediWound, in a company statement from October.

In addition to Europe and South America, NexoBrid is also marketed in Japan, South Korea, and India.

MediWound still awaits FDA approval. The company expects to begin a U.S. Phase III clinical trial and a pediatric Phase III study next year. All of NexoBrid U.S. research and registration process is funded by federal agency Biomedical Advanced Research and Development Authority (BARDA). In July, BARDA increased the funding for MediWound by $32 million, for a total of $56 million. In 2014 the company started trading on Nasdaq. In its March 2014 IPO, the company was traded at a price of $14 per share, with a market value of $265 million. Today it is traded for $5 per share, with a market value of $130 million. The company has raised $170 million to date, $100 million of which were in public offering. In September, the company raised $22 million for a stage three trial for a second product, ExcharEx, used to treat chronic and severe wounds. The stage three trial is set to take place next year in the U.S. Like NexoBrid, ExcharEx is also based on patented enzyme technology. Since NexoBrid was approved for marketing in Europe in 2012, Mediwound saw limited revenues. In the first half of 2017, the company reported $1.2 Million in revenues and had an operational loss of $7.4 million. This year, Mediwound sold about 5000 kits of NexoBrid, valued at a few hundred dollars each. The company’s revenues in 2015 and 2016 amounted only to several hundred thousand, causing an operational loss of $22 million in 2015 and $19 million in 2016. Mr. Cohen suggests that the main challenges NexoBrid is facing are the slow pace in which treatment protocols get changed, and the bureaucracy involved in obtaining insurance coverage for the drug. Still, he said, there is no surgical capacity to treat burn victims from multiple casualty incidents, not in Israel or anywhere else in the world, which should ultimately spell success for MediWound. Oppenheimer & Co Inc.’s biotech analyst Akiva Felt agrees. “NexoBrid is well positioned to gain a substantial share of the burn treatment market, due to its many advantages and its impressive clinical effectiveness,” he said.

2.
Mr
Pineapple tree trunk questionable in your text pine apples do not grow on trees
1.
wound care
Give it away to hospitals and wound care nurses for free and if it works they will buy it.