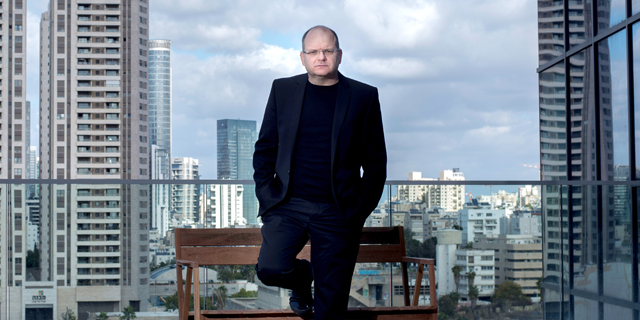 In August, Nasdaq-listed network and cloud security provider Check Point Software Technologies Ltd. reached a market capitalization of $20 billion, briefly surpassing Teva Pharmaceutical Industries Ltd. as the biggest Israel-based company. Check Point currently trades at a little less than $17 billion, while Teva has climbed slightly and is trading at a current market capitalization of around $19.2 billion. The current rates the company is traded at are the highest since the dot-com bubble burst in 2000.

The man behind Check Point’s prosperity is co-founder and CEO for the past 25 years, Gil Shwed. Mr. Shwed’s longtime strategy is to avoid flashy moves and big acquisitions and focus on the slow growth and development of the company. Check Point currently has $3.8 billion in cash reserves, but Mr. Shwed tends to only make occasional, relatively small acquisitions of other companies.

Though this approach has not been without its critics, it seems this strategy may have been exactly what allowed Check Point to withstand competition and adapt to new market realities. In a December interview with Calclaist, Mr. Shwed, a veteran CEO who has been running a public company for 21 years, said he feels the main part of his job is serving stockholders’ interests, and looking beyond short-lived stock rate fluctuations. “If the stock goes down, there is no reason for me to think that everything is bad—as long as I took every right step to improve the business,” he said. “My role as CEO is to challenge the company and take risks but also to make sure these do not put the company’s existence in peril,” said Mr. Shwed. He believes in smaller risks and a well-run, efficient and profitable business. He also warned against getting into big, unnecessary debt. “One must focus on running a healthy business and avoid potentially disastrous financial engineering.” According to Mr. Shwed, Check Point has never taken on debt because “a software business has to be profitable, when it’s not, it means you need to fix something.” At the entrance to Check Point’s Tel Aviv headquarters, an electronic board shows the map of global cyber threats. On the day before the interview, the company detected over 6 million attacks worldwide. When Check Point was founded in 1993, the pervasiveness of cyber-crime could only be imagined. The main culprits in cyber crimes remain crime organizations, but governments, terrorist organizations, activists, and ill-intentioned hackers also play a major role.

Check Point’s suite of solutions, as Mr. Schwed sees it, offers comprehensive protection for PCs, mobile devices, cloud-based data, central headquarters, and branches worldwide. “The fact that less than 1% of organizations invest in mobile phone security is an example of the common disregard for critical security issues,” he added. “In the past year, more mobile devices were affected by malware that computers. Everyone thinks it will never happen to them.” Commenting on the tax reform signed into law by U.S. President Donald Trump earlier this month, Mr. Shwed said that he believes that to remain competitive, Israel must cut red tape, lower taxes and invest in technological education. “Trump’s tax reform makes the U.S. more attractive. It hasn’t been that bad for us, but if the American administration will attempt to restrict foreign companies like it first intended, that would be a problem.”