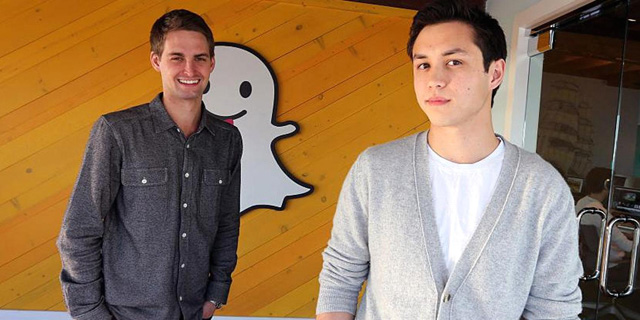 Update: The company confirmed it has hired a local commercial activity manager and partnered with a local ad agency

Snap Inc., is launching commercial operations in Israel. The company has hired a local manager and partnered with a local ad agency, a company spokeswoman said in an email sent to Calcalist. The company’s activity in Israel focus on the sale of Snapchat ads to both Israeli companies interested in reaching international audiences and advertisers targeting local Snapchat users, Snap’s spokeswoman said.

Snap has entered into a partnership with Tel Aviv-based ad agency Teenk Marketing Solutions for Youth Ltd. for local ad format sales, according to Snap’s spokeswoman and a Wednesday announcement by Teenk.

Snap has also partnered with two additional Israel-based companies, marketing analytics startup AppsFlyer Ltd. and advertising tools developer Bidalgo, and is evaluating new commercial opportunities in the country, the company’s spokeswoman said. In December, Snap announced it is opening its startup acceleration programs to startups from Europe, Africa, and the Middle East. According to Snap’s spokeswoman, four Israel-based startups have already been admitted to the program.

In late 2016, Snap acquired Israeli augmented reality startup Cimagine Media, the company’s first and only acquisition in Israel to date. Before its acquisition, Cimagine launched an augmented reality system enabling users to locate furniture and appliances within a virtual room. Following the acquisition, Snap currently has an engineering team at Cimagine’s headquarters in Haifa, a port city in the north of Israel. The team is led by Yoni Nevo, Cimagine founder and CEO. According to information supplied by Snap, Snapchat currently has 178 million daily active users worldwide, each spending an average of over 30 minutes a day on the app, with users younger than 25 spending a daily average of 40 minutes on Snapchat.

Snap has been approached for comment but has yet to respond.