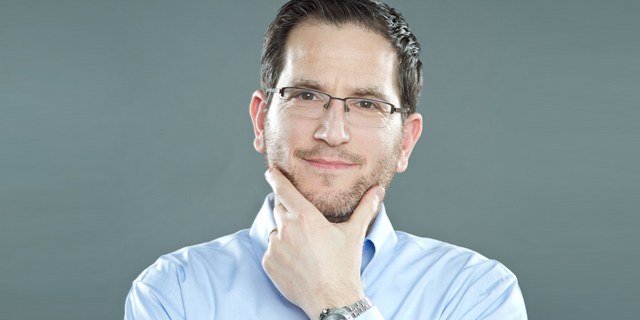 For a CEO, Fear is an Integral Part of the Job, Says Sisense Chief Executive

Israeli-born tech entrepreneur and CEO of business intelligence (BI) startup Sisense Ltd., Amir Orad, believes part of a CEO’s job is to be afraid. “If you’re not constantly afraid, there’s something wrong with you,” Mr. Orad said in an interview with “30 Minutes or Less” podcast by Microsoft Accelerator TLV, which aired on Calcalist last week.

Founded in 2004 and based in Ramat Gan, a Tel Aviv suburb, with additional offices in New York and Scottsdale, Arizona, Sisense develops business intelligence software for big datasets, allowing companies to gain insights on customers and users without requiring professional data analysts. The company raised $94 million to date from Bessemer Venture Partners and other investors. Sisense employs around 410 people, having nearly doubled its workforce in two years, according to LinkedIn data.

In his previous position, Mr. Orad was CEO at financial fraud prevention company Actimize Ltd., founded in 1999 and acquired by Israel-based NICE Systems Ltd. for $281 million in 2007. Prior to that, Mr. Orad co-founded cybersecurity startup Cyota, acquired in 2005 for $145 million by Nasdaq-listed RSA Security Llc.

Mr. Orad said that in the tech business it is imperative to be quick and decisive. “If you make decisions you will make mistakes, it is part of the job. As CEO almost every morning there is a decision you make that might kill the company—I make mistakes all the time,” Mr. Orad said. He added that companies that try to play it safe will not survive in the constantly evolving tech industry. “You make decisions, you err and then you fix it,” Mr. Orad said. “Cyota almost died five times,” he added.

Mr. Orad said the most important thing is gathering a highly skilled team of experts who are willing to speak their mind and take risks, pointing out mistakes, even when they are made by their seniors. “When you surround yourself with yes-men you get a very pleasant environment but this will not help your company move forward,” he said.

The 30 Minutes or Less podcast, which launched in March, is hosted by Navot Volk, the managing director of Microsoft Accelerator TLV, and tech entrepreneur Aviv Frenkel. The two interview tech founders, investors, and other key members of the Israeli tech ecosystem.

2.
Losing sleep
When your action almost never match your words, when employees and investors uncover your consistent lack of integrity, when your narcissistic behavior is being questioned.
1.
useless
(NC)