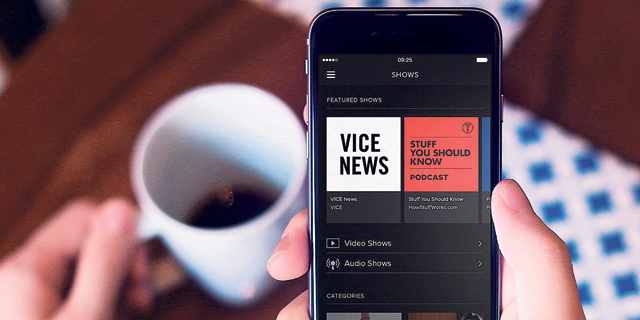 Spotify Launches Service in Israel at $6 a Month

In Israel, Spotify faces competition from international streaming services such as Apple Music, Deezer, and Tidal, as well as services offered by local cellular carriers

Music streaming company Spotify Technology S.A. has launched its service in Israel on Monday at a press conference in Tel Aviv. The premium service will be priced at $6 (NIS 19.9) per month and include tracks by local and international artists as well as playlists compiled by local radio stations and celebrities.

Israel is the 62nd country in which Spotify will become available.

Last week, Calcalist reported that Spotify was planning to launch its service in Israel on Monday.

As of December 2017, Spotify had 159 million users, 71 million of whom were paying subscribers, according to company data, making it the world’s most popular music streaming service, followed by Apple Music with 36 million subscribers. In Israel, Spotify faces competition from international streaming services such as Apple Music, Deezer, and Tidal, as well as local services offered by Israel-based cellular carriers. Spotify has been negotiating its entry into the Israeli market for several months, but the launch was delayed due to disagreements with ACUM—an Israeli nonprofit organization that represents local artists with regard to royalties and copyrights protection. Last week, Forbes reported that Spotify is expected to launch its service in South Africa as well.

Earlier this month, Spotify announced it is planning to list on the New York Stock Exchange under the ticker SPOT, targeting a $1 billion direct public offering. Based on the pricing of company stock traded on private markets, the company, launched in 2008 and headquartered in Stockholm, Sweden, is valued at $23.4 billion.