The system provides farmers with real-time recommendations sent to a mobile app, based on data gathered from sensors

Ran Maidan, CEO of Israel-based drip-irrigation pioneer Netafim Ltd., unveiled on Tuesday a smart irrigation management platform. Called NetBeat, the system provides farmers with real-time recommendations sent to a mobile app, based on data gathered from sensors, including data about plants, soil, and weather, as well as from satellite images and weather forecasts.

The system can deliver fertilizers and pesticides as well as water, Mr. Maidan said, speaking at the Agrivest Israeli agricultural tech event held in Tel Aviv. 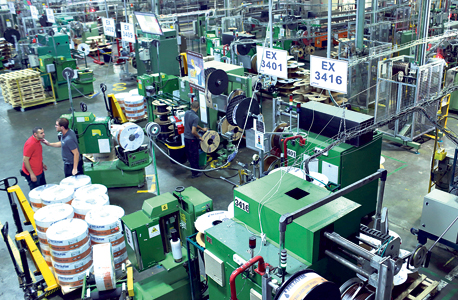 Located near the southern Israeli town of Be’er Sheva, Netafim was founded in Kibbutz Hazterim in 1965. A pioneer of plastic-based, water-efficient drip irrigation systems, the company now operates in over 100 markets worldwide through 29 subsidiaries. Netafim employs over 4,500 people in 17 manufacturing plants. In 2016, it generated $855 million in revenue. In February, Mexico-based pipes and chemicals company Mexichem SAB de CV has completed the acquisition of an 80% stake in Netafim Ltd. at a $1.9 billion company valuation.

The new system was developed in collaboration with the Israeli startup mPrest, developers of the Command and Control software used in the Israeli air-defense system Iron Dome, Mr. Lamdan said.