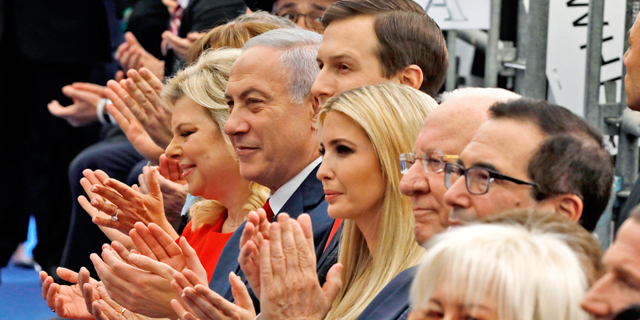 Mr. Mnuchin is visiting Israel for the inauguration ceremony of the new U.S. embassy in Jerusalem on Monday. In parallel to the visit, violent clashes between Palestinian protesters and Israeli armed forces at the Israel-Gaza border result in at least 40 Palestinian casualties, so far

U.S. Secretary of Treasury Steven Mnuchin and Israeli Minister of Finance Moshe Kahlon met on Monday and discussed the possible ramifications of President Donald Trump’s tax reform for Israeli businesses, Israel’s Ministry of Finance announced on Monday. The two officials also discussed changes to the U.S.-Israel tax treaty that may benefit companies in both countries, as well as collaborations on joint financial projects between Israel and the Palestinian Authority, according to a statement.

Mr. Mnuchin is visiting Israel for the inauguration ceremony of the new U.S. embassy in Jerusalem on Monday afternoon. Mr. Trump’s daughter, Ivanka, and her husband, Jared Kushner, both senior advisors to the president, are also among the U.S. officials attending. 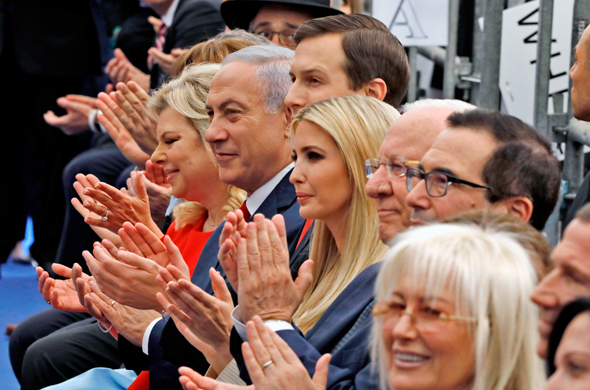 The plan to move the embassy to Jerusalem was announced by Mr. Trump in December. In his speech, Mr. Trump also announced the formal recognition of Jerusalem as the capital of Israel, marking a break from the longstanding U.S. policy. The announcement sparked widespread condemnation as well a series of violent protests in Israel and in the West Bank, leading several countries, including the U.S., to issue temporary travel warnings to Israel. The U.S. is the only country to open an embassy in Jerusalem, to date. Jerusalem is home to the official residences of Israel’s prime minister and president as well as the Israeli parliament and the country's supreme court, among other official national institutions. Preparing for possible protests during the inauguration ceremony, Israeli police forces are heavily guarding the embassy and its surroundings, and the area has been closed for vehicles.

Meanwhile, clashes between Palestinian protesters and the Israeli military at the Gaza-Israel border on Monday resulted in 41 killed Palestinians and over 900 wounded, so far, according to reports by health officials in Gaza. One Israeli soldier was lightly wounded, according to reports. In a tweet, the Israeli military claimed three Palestinians were killed trying to place an explosive device near the border fence. The protest at the border is part of a series of demonstrations dubbed the “Great March of Return,” which began on March 30 and has resulted in dozens of Palestinian casualties to date. The past two months have seen the highest death tolls in the Israeli-Palestinian conflict since the 2014 Gaza War, in which 2,205 Palestinians and 71 Israelis were killed and 18,000 Palestinian homes were destroyed. U.S. and Israeli officials have largely avoided making public comments about events in Gaza, preferring to focus the day’s attention on the embassy move and economic issues.

One of those issues has been the U.S. tax reform, which was approved by Congress in December and constitutes a major overhaul of the federal tax system, and includes lowering of the U.S. corporate tax rate from 35% to 21%, and a new tax levied on cross-border payments and other modified taxable income of American corporations with average annual gross receipts of $500 million or more. The reform was received with some concern by the Israeli government, fearing it may encourage the many foreign companies currently operating in the country to take their business back to the U.S. and discourage U.S. investors from investing in Israel. The reform could also tempt new Israeli companies to set up shop in the U.S. instead of in Israel. In February, Israeli Prime Minister Benjamin Netanyahu announced Israel is considering lowering its 6% corporate tax further, in order to compete with the U.S. reform.