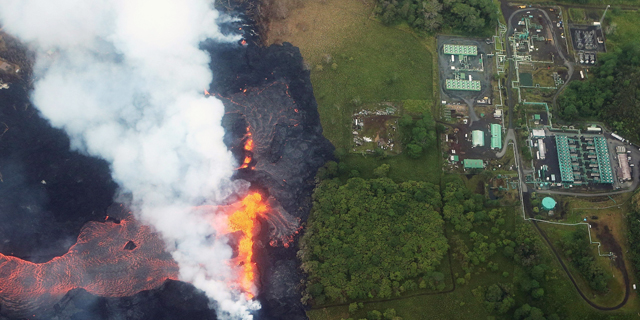 Lava from Hawaii’s Kilauea volcano is nearing the island’s Puna geothermal power plant, after eruptions intensified in the past 24 hours. The 38-megawatt plant supplies 25% of the island’s electricity. The natural disaster has caused extensive damages to properties and open spaces throughout the island, forcing circa 2,000 inhabitants to evacuate, so far. On Saturday, one man was injured by volcanic debris, which struck his leg as he was on a third-story balcony. 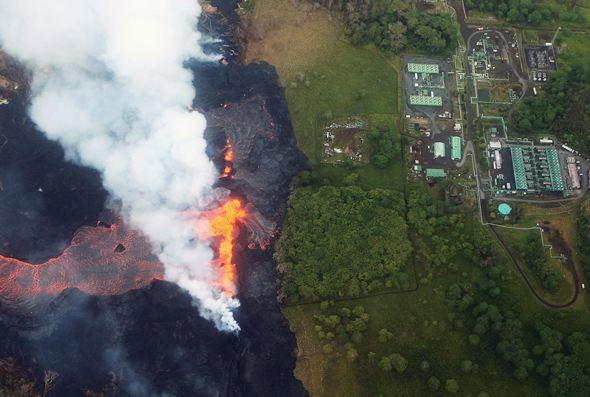 The eruptions started on May 3 at the vicinity of the plant operated by NYSE-listed Ormat Technologies Inc. Last week, Ormat announced it has taken several precautionary measures which include taking electricity generation offline, shutting down and physically covering the geothermal wells within the site and removing flammable materials from the facility. Ormat owns a 63% stake in the plant, which, in 2017, generated approximately $11 million of net income and $20 million of adjusted EBITDA, the company said in a statement. People living in the areas that might be affected by the eruption are urged by the civil defense agency to remain at closed doors or at designated shelters and keep a safe distance from the island’s shores, to avoid ash fallout and hazardous gases. Residents in affected areas should “be prepared to leave the area with little notice due to gas or lava inundation,” the agency said in a statement.

Originally founded in Israel in 1965 and headquartered in Reno, Nevada, Ormat operates geothermal power plants in the U.S., Kenya, Guadalupe, Guatemala, and Honduras. The company also designs, builds and supplies equipment for power generation. Ormat has 1,300 employees worldwide, according to company statements. For the first quarter of 2018, Ormat reported revenues of $184 million, $132 million of which from the electricity segment. In July 2017, Tokyo-headquartered Orix Corporation acquired a 22% ownership stake in Ormat for $627 million.