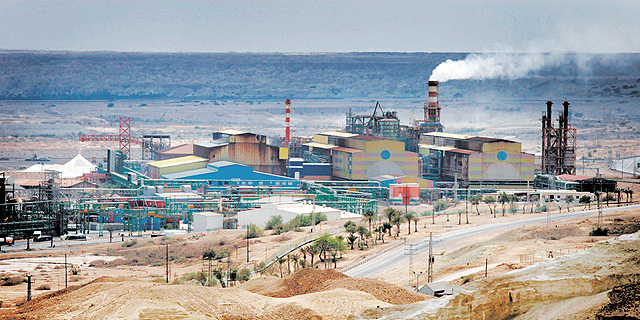 Minerals extracted from the Dead Sea net Israel hundreds of millions of shekels a year, but the body of water is receding at an annual rate of 1.2 meters (3.3 feet), causing multiple sinkholes in the area and collapsing buildings and roads

The Israeli parliament’s finance committee wants to tie the Dead Sea's mining rights, currently licensed to Israel Chemicals Ltd. (ICL) until 2030, to its rehabilitation, according to a Wednesday committee meeting.

A February report by the Israeli Ministry of Environmental Protection said that based on data gathered between 2004 and 2014, the dead sea is receding at an annual rate of 1.2 meters (3.3 feet). The shrinkage has resulted in thousands of sinkholes in the area, causing the collapse of the ground and with it roads and buildings. 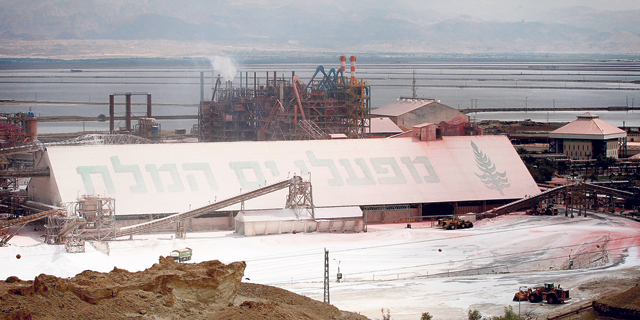 The ministry's report said the main reason is dams built by both Israel and Jordan—who both border its coasts, as do the Palestinian territories—which block the natural water flow from the Jordan River. Overpumping and the large-scale industrial mining of potash and salt that has been ongoing since 1952 have also played a major role. ICL, in its various incarnations, has been in possession of the mining rights since the start, and is currently the fifth largest potash supplier in the world. In 2015, as a result of debates regarding the licensing of natural resources to private entities in Israel, the government established a team from the finance ministry to examine ICL's permit and offer recommendations for how to handle the rights after their expiration. The team was headed by the ministry’s chief economist at the time, Yoel Naveh. In January the team submitted a draft report, proposing the option of tendering the rights to non-Israeli companies. The ability of other companies to compete in a future tender, however, is questionable, as ICL's current concession gives it an option to meet the terms offered by other companies to win back the mining rights if a tender is published. The company also has an advantage since it is the current operator and owner of the related chemical processing facilities. The ministry of finance's team was in favor of continuing the mining despite the damages, as it nets Israel hundreds of millions of shekels a year, but when asked about the environmental damages ministry representatives said they were asked to consider the future of the minerals industry, and had no mandate to comment on anything else. In Wednesday's finance committee meeting, Mr. Naveh said the Dead Sea needs 700-800 million more cubic meters a year, because both Israel and Jordan have a severe water drought and therefore the water that is supposed to be going into the sea is instead consumed. Labor MK Mickey Rosenthal, who heads the finance committee's team for the Dead Sea tender, said during the meeting that while Mr. Naveh's team may have had a mandate only regarding the mining, the government is dealing with both the mining and the rehabilitation. "There's no solution for the Dead Sea if it isn't incorporated into the tender," Mr. Rosenthal said. "It's a tender that's worth billions, and the (environmental) solutions are also valued at billions. It's important to maximize public profit, but it can't be at the cost of losing the Dead Sea." Mr. Rosenthal suggested extending ICL's concession, but conditioning it on the redirection of some of the profits into rehabilitation efforts. "There is one parameter that isn't changing—the receding water levels. If we don't take care of it now, it's gone," he said. Moshe Gafni, chairman of the finance committee, was of a similar opinion. "We can't discuss only the tender," he said. "We'll have to prioritize, and the rehabilitation of the Dead Sea must be one of our main priorities."

Mr. Gafni stated that he is of the opinion that the expiration date should be moved up from 2030, and a negotiation with ICL attempted beforehand. "It will cost money, we may end up demanding things they did not do, but we can't have a situation where we wait, reach the deadline, and everything goes wrong. The damages will be much greater." He added that legal ways should be considered to make sure ICL cannot block the tender.

The meeting concluded with a resolution for the committee's special team, headed by Mr. Rosenthal, to publish a position paper with recommendations for both the tender and the rehabilitation, with a specific timetable for all relevant goals.