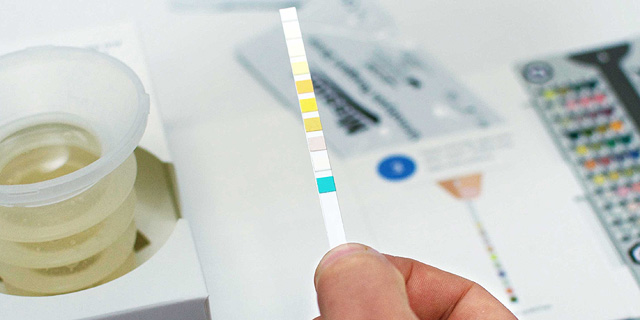 The FDA’s Class II approval is granted to medical and paramedical devices that have direct health implications and require a medium level of supervision. This is the first time the FDA has granted such approval for a medical device that is based on optical equipment manufactured and distributed by a third-party, Healthy.io’s founder and CEO Yonatan Adiri said in a phone interview with Calcalist on Thursday. The FDA’s approval can serve as a precedent for other companies utilizing the ever improving camera technologies available on mobile phones to create accessible household medical devices for patients, Adiri said. Founded in 2013, Healthy.io has raised $15 million to date from Quantum Pacific International Ltd., a company owned by Israeli businessman Idan Ofer. The company has around forty employees in offices in Tel Aviv, London, and New York.

In April, Healthy.io announced a partnership with the American National Kidney Foundation and Pennsylvania-based Geisinger Health System to launch a clinical trial of the technology among Geisinger’s patients.

Healthy.io’s product has already been approved by health agencies in Israel and the U.K., and the company aims to reach 100,000 active users by the end of this year, Healthy.io said in a statement.