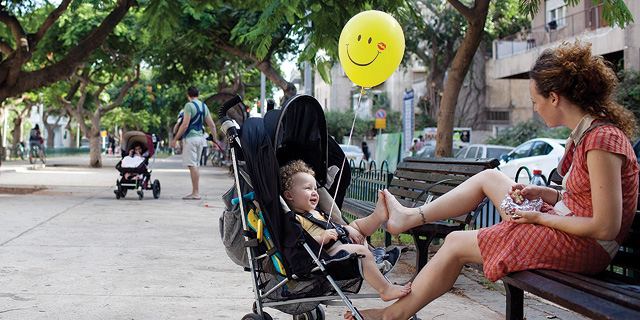 Israel’s Population on Track to Reach 10 Million in 2024

Israel’s fertility rate of 3.11 per woman is the highest rate among OECD countries

Israel’s population, currently standing at 8.9 million, is set to reach 10 million by the end of 2024, according to data published Tuesday by Israel’s Central Bureau of Statistics (CBS). The forecast is based on estimates of fertility, mortality, and immigration rates.

Since 1960, global fertility rates have dropped by half, according to 2016 World Bank data. 59 countries—including Russia, China, and Brazil—now have total fertility rates below the sustaining level. Reasons vary, but religious and social changes, the emergence of birth control and the increasing share of women joining the workforce, and rising childcare and education costs are all considered to play a part.

The change has been most drastic in the Middle East and North Africa, where the average rate has been cut from almost 7 children per woman in 1960 to a little under 3 in 2015. In Israel, by contrast, fertility rates are on the rise according to CBS, in large part due to rising birth rates among Jewish women.

In 2002, the average for Jewish women in Israel stood at 2.64 children, while for Arab women the average was 4.19, increasing the country’s overall fertility rate to 2.89. In 2017, the 3.11 country average was also true for Arab women, but Jewish women were having 3.16 children on average. While the annual growth rate for Israel’s Jewish population has been consistent for years at 1.9%-2%, the growth rate for the country’s Arab population dropped from 3.1% in 1996 to 2.3% in 2017. In August, hospitals across Israel reported a record number of births, warning maternity wards were exceeding capacity. The months of July and August in the country are characterized by record birth rates, according to CBS.

3.
To number 2
Israel is not over crowded at all. There is just an over concentration in the centre of the country. Next time you visit, check out the Galilee in the north and the Negev desert in the South-hugely underpopulated. The infrastructure needs to improve to make these area more accessible with work opportunities. Its much improved over recent years but still work in progress.
2.
Idiotic statistics - totally wrong
With an increase in the last 3 years alone of close on a million annually, this is a gross underestimation. It will be a million more in 2019 and if the trend continues, we should expect an unsustainable 14 million by 2024 !! Let's see how long we stand in supermarket and doctors' queues then!!!!
1.
population
ISRAEL IS ALREADY OVER CROWDED ..ONE JUST HAS TO GO THERE TO SEE THE TRAFFIC CHAOS IN JERUSALEM AND TEL AVIV AND THE SHORTAGE OF AFFORDABLE HOUSING ....A GOOD PORTION OF THE ISRAELI POPULATION IS UNDER FED AND UNDER HOUSED WHAT IS CAUSING GLOBAL WARMING ?? IT IS THE OVER POPULATION OF THE EARTH WITH DEMANDS FOR LAND AND FOOD AND ENERGY...NO RELIGION OR GOVERNMENT WANTS TO TAKE THIS ON ...FOR FEAR OF A RELIGIOUS BACKLASH ALMOST ALL THE RELIGIONS PREACH HAVING MORE AND MORE CHILDREN...AND MEANWHILE WE BLAME GLOBAL WARMING ON co2... A CHEMICAL PRODUCED BY MORE AND MORE PEOPLE