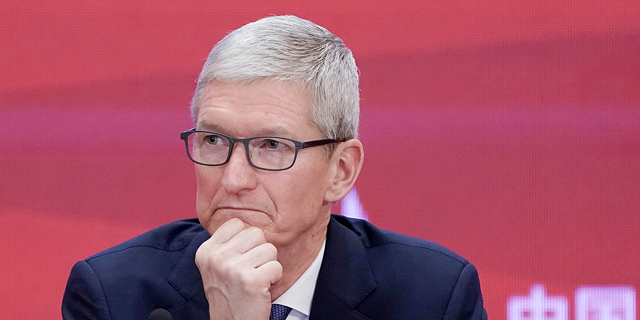 If chatter on social media is any indication, Chinese users focus on the high price of the new models

Apple’s new iPhones revealed last week are tailored in some of their technical aspects for the Chinese market. The Asian superpower is responsible for 20% of Apple’s revenues, and also for some its fiercest competition, Huawei Technologies Co. Ltd. and Xiaomi Technology Co Ltd.

Some new features added to Apple’s XR, XS and XS Max iPhone models have been said to court Chinese users. The extra-large screen of the iPhone XS Max, for example, is especially adapted to Chinese smartphone users, who shop, play games, and watch movies on their smartphones way more than their global counterparts.

The iPhone’s new dual SIM capability, which allows users to alternate between two phone numbers on the same phone, is also perceived as a nod to Chinese users. In China, it is a popular way of separating business and private lines. In China, the new iPhones will not include the virtual SIM card technology, which does not comply with the Chinese security regulations that every sim card be registered to a specific person. If chatter on social media is any indication, these technical specifications seem to have failed to grasp the attention of Chinese users, who were quick to address the high price tag attached to the new models. At nearly double the price of leading Chinese smartphones from Huawei and Xiaomi, the new iPhones are a tough sell. With additional taxes, the iPhone XS Max will cost Chinese buyers 9,599 yuan, or $1,400, compared with $950 in the U.S.—higher than the average monthly salary in China, which stands at $750 (5,000 yuan).

Since Thursday, Chinese social media users shared a meme depicting the new iPhone XS Max as portraying kidney parts, alluding to a popular joke that Chinese customers must sell a kidney in order to afford one of the new smartphones.

Apple did not help its own cause when it tripped over another Chinese national sensitivity, despite all its efforts to avoid angering the Chinese. When revealing the global launch dates for its new devices, it listed China separately from Taiwan and Hong Kong, two countries which China vehemently refuses to accept as autonomous entities.