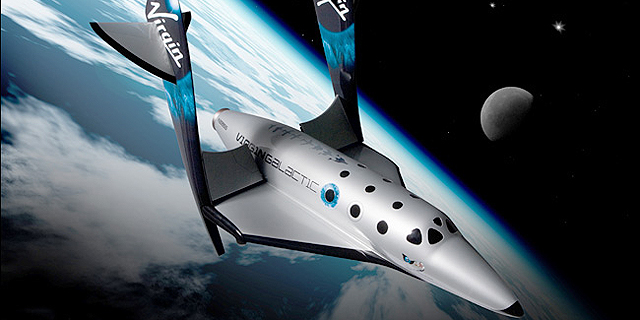 The Boundary Between Earth and Space is the First Hurdle

As humanity grows ever closer to space travel and all its legal complexities, one global consensus must be reached first,writes researcher Dov Greenbaum—Where, exactly, is space?

Where is space? The answer to this seemingly simple-minded question actually has considerable implications.

Richard Branson, the billionaire co-founder of the Virgin Group, a multinational venture capital conglomerate, recently made the news with the successful virgin flight of SpaceShipTwo, a vehicle for providing suborbital space flights for space tourists. 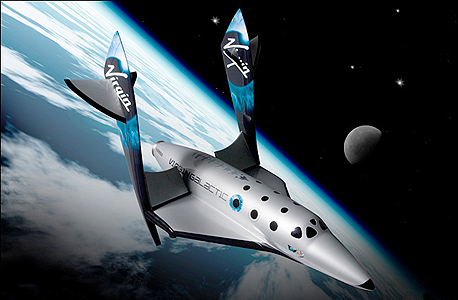 Priced at a reasonable $250,000 per flight, Virgin Galactic, the Virgin Group subsidiary charged with making space tourism happen, hopes to make space flight available to the well-heeled masses. Hundreds have already signed up. In contrast, rare tourist trips to the International Space Station have cost tens of millions of dollars per person.

There is one hitch. While SpaceShipTwo’s maiden flight reached the respectable height of 82.7 kilometers above sea level, the Karman line, the customarily recognized boundary between Earth’s atmosphere and space, is usually placed at 100 km above sea level. Did Branson’s ship even make it to space?

He thinks so. And he’s not alone.

The Fédération Aéronautique Internationale (FAI), the record-keeping air sports federation, recently announced that it was reconsidering the current placement of the Karman line based on its review of the mathematical analyses and historical records. Furthermore, U.S. pilots who have flown higher than 80 km have always been considered astronauts by the U.S. Air Force. Even NASA made the switch to the 80 km demarcation in 2005.

The location of space is an enduring legal issue; its determination has been a standing item on the relevant U.N. Office of Outer Space Affairs agenda since 1967. At least 10 different scientific methods have been proposed for spatially defining this demarcation. Others have suggested giving up on a spatial determination entirely, rather looking to an ad hoc functional definition based on the nature of each vehicle and mission in question, regardless of exactly how high it is physically operating.

The continued uncertainty of just where space is compounds other relevant legal uncertainties in the emerging space tourism industry: even if we know where space begins, no one knows for sure if current space law would even apply to private suborbital tourist flights. For example, only the fourth international space treaty (out of five), the 1975 Convention on Registration of Objects Launched into Outer Space, seems to make reaching an orbit a requisite component of space travel. The other treaties didn’t even contemplate it.

Despite all this uncertainty regarding international law, Virgin Galactic sees operating opportunities in at least some jurisdictions. For countries of sufficient size, where the entirety of a tourist space flight in question could occur above the country’s footprint, national laws can be drafted to deal with much of the uncertainty. In the case of the U.S., the Commercial Space Launch Amendments Act (CSLAA) seems to already cover most of the concerns in question.

For companies operating out of smaller countries, however, working through the myriad of legal issues requires the finesse of a Talmudic hair splitter who can tease out the relevant international laws depending on various variables, including those relating to the nature of the travel (exploratory, transitory or recreational), the nature of the vehicle (is it a plane, a rocket, a hybrid, or a space object), the spatial position of the vehicle vis-a-vis Earth and political boundaries (is it in space, on Earth, in national or international airspace), and the nature of the travelers themselves (astronaut, crew member, or passenger).

The determination of each of these variables has real legal repercussions, and they each might even change multiple times over the course of a single tourist flight. For example, various treaties and national laws have wildly varying definitions of what is or is not an aircraft that would fall under their respective jurisdictions. Something like SpaceShipTwo might be considered an aircraft during some parts of its flight, an unrecognizable hybrid during others, and a rocket at other times.

International organizations have begun to work through this mess. The U.N.’s International Civil Aviation Organization (ICAO), which manages the administration of the Chicago Convention—a 1944 document that established various rules relating to airspace, aircraft registration, and airplane safety—acknowledges the uncertainty associated with the typical suborbital flights of space tourists, but has as of yet been unable to adequately deal with these issues.

Additionally, long-standing legal agreements like the Warsaw Convention and the subsequent Montreal Convention and its progeny provide the necessary legal structure for many of the concerns associated with international airline travel, including important constraints on liability for carriers. For example, if you have ever lost a bag while travelling, the Montreal convention defines when a bag is to be considered lost, and what compensation is owed to the passenger.

However, is Virgin Galactic an airline subject to these conventions, or something sui generis akin to other areas of private space flight? It is also not clear whether the liability treaties associated with space objects would be similarly relevant here.

Finally, under the Tokyo convention of 1969, criminal jurisdiction belongs first to the nation over whose airspace the criminal act occurred. If a crime occurs in a Virgin Galactic flight above 82 km and below 100 km, who has jurisdiction?

It is difficult to watch the triumphant video of Virgin Galactic’s maiden flight over the clear curvature of a distant earth set before the boundless black background of space and not believe that they definitely made it into space. Perhaps until the legalities are all worked out, we may look to another area of law in deciding exactly where space is: like U.S. Supreme Court Justice Potter Stewart, you may just know it when you see it.