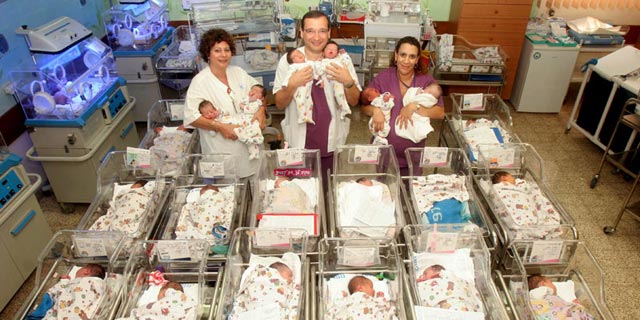 Is CRISPR the New In Vitro Fertilization?

New technologies always carry the risk of giving birth to a Dr. Frankenstein, but usually even those initially tested outside of the medical ethical consensus become widely-accepted and self-policed, writes researcher Dov Greenbaum

In vitro Fertilization (IVF) is not a new technology. In fact, IVF babies have already given birth to their own babies, perhaps even the rare grandchild. Yet despite this technology existing for decades, many jurisdictions still have little to no official regulatory oversight for this and associated reproductive technology processes.

While many medical reproductive societies ostensibly police themselves to prevent gross abuse of the technology, the recent CRISPR fiasco, wherein human embryos were genetically altered using an experimental technology, shows the practical limitations of this oversight. 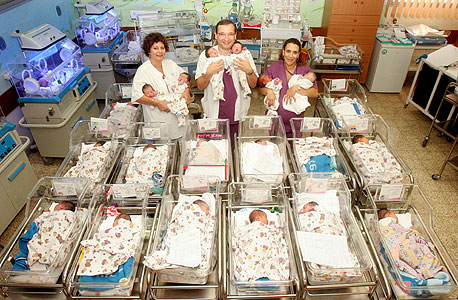 CRISPR is a technology co-opted from the proto-immune system of bacteria, and it can be used to specifically target unique stretches of genetic code for manipulation and editing, to remove faults or insert beneficial genetic sequences. Optimally, CRISPR has been, and will continue to be used to treat genetic diseases in consenting individuals.

The aforementioned case, however, was supposedly conducted without ethical oversight on embryos, with the intent of manipulating their genomes to protect the resulting children from succumbing to an HIV infection. Many faulted the scientists for, among other things, recklessly over-engineering this prophylactic when there are cheaper, easier and better-proven methods for preventing the spread of HIV. Others were concerned that the novel programed genetic changes would now be passed down through generations.

Ironically, IVF, now an established treatment for infertility that has resulted in the births of millions of babies, was also first carried out without the approval of research ethics boards or an appreciation for the risks the technology could pose for the mother, the baby, and their future offspring. Similarly, until IVF, infertile couples also had access to presumably safer low-tech substitutes such as adoption.

Like CRISPR, ethical concerns in fertility treatments are still ongoing: continuing innovation in reproductive technologies often results in ethical consternation. Nevertheless, much of the initially offensive technology quickly becomes accepted within the state of the art of reproductive medicine.

In spite of all the continued concerns, the use of CRISPR and the ongoing use of IVF technology are predominantly carried out in established institutions, and the medical interventions are conducted by licensed physicians and reputable researchers. The rare newsworthy abuse of the technology notwithstanding, there is little concern that these trained professionals will usurp this technology in these professional settings for unprofessional purposes.

The same cannot necessarily be said about the growing work of DIY (do it yourself) biohackers. Biohackers, grinders, cyborgs, or transhumanists, are a growing cadre of not-necessarily professional individuals that employ a hacker/biopunk ethic to the manipulation of their own bodies, often in ad hoc labs. Many individuals in these groups implant or attach devices, or ingest or inject chemicals and biomaterials, all in an effort to build upon, modify, and otherwise attempt to improve their standard-issue human bodies.

And while most biohacking groups aim to create productive and safe community mores, they also believe that providing unhindered access of biotechnology to the public will be beneficial for everyone. With an increasing number of sophisticated but affordable at-home kits for conducting bioengineering—some of the more popular DIY kits let you insert jellyfish DNA into other organisms to make them glow—complex biological experimentation no longer requires an academic or industrial lab, or the accompanying ethical and legal oversight infrastructures.

Could someone use an at-home conception kit with an at-home CRISPR kit, both available on Amazon, and attempt to manipulate the genetic complement of their offspring without any institutional oversight? The science is nearly there; research announced this past summer suggest that it is feasible.

Will this empower a new generation of Dr. Frankensteins that will make themselves or their children glow in the dark or immune to a certain virus? Ought these individuals be policed, or should society allow these groups to police themselves, like we already do in fertility medicine for the most part? There are no simple answers, but there is also no reason to assume that most biohackers will intentionally abuse the technology for nefarious purposes.

Just in case, perhaps we should take a page from the hacker community that has influenced much of the DIY biohacker community. Bug bounties are monetary rewards given to hackers that discover and report exploitable software bugs to the relevant and responsible parties; hackers are incentivized to seek out and find potentially problematic code before it is abused by less well-meaning individuals. Similarly, the biohacker community might benefit from bounties paid for informing on potentially problematic research of their co-ideologists. Even if this doesn’t prevent the creation of a superbug or a genetically modified baby, it might at least prevent the neighborhood from being overrun with glow-in-the-dark fauna and flora.

Ayalah Teitlbaum, Omer Gady, Or Bakai, and Ziv Idan, all students at the institute, contributed to the research and writing of this article.