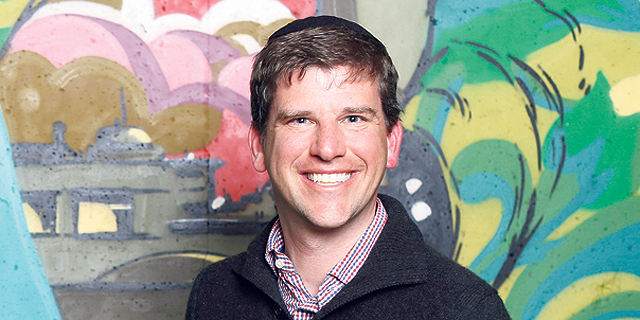 The Case for Web Civility: Facebook Was Not Scaled for Trust

A community is not a product of communication, feeds, or real names. What builds community is civility and trust, shared values and shared consequences, writes WeWork investor Michael Eisenberg

As we enter 2019, I think we are on the cusp of a massive transformation in tech, communication, and community. In my last article, I argued that doing good for humanity was good for business, and good for us, personally. For a couple of weeks, I have been thinking of putting more concrete ideas on paper. Earlier this month, a tweetstorm from Jeff Morris Jr., director of product at Tinder, Inc., finally inspired me to write down some of these thoughts.

Twitter is a broadcast medium. The big difference between old broadcast and Twitter is that people used to scream and curse at their TV and radio sets to no avail, but now these people can tweet their angry reactions for others to read. I actually like Twitter. I am off Facebook and happier for it. However, paraphrasing Brittan Heller, head of the U.S. Anti Defamation League's Center for Technology and Society, Twitter and other social platforms like it were not architected with trust, safety, and privacy in mind. In fact, I would add, they were not created with civility in mind.

Facebook is the place people talk to their friends, both real-world and digital. In some cases, it is a place they communicate with family. However, because it is a place with endless eyeballs and unmoderated discourse, it is also a place for both regular Joes and career politicians to share political views. It doubles as an advertising platform where anyone can pay with cash, likes, or shares to spread an idea and start a chain reaction of unmoderated discourse. It is a place where you say things to provoke reactions without fear of any real consequences. In my previous article, I said that Social Media has become our time’s Rings of Gyges from Plato’s Republic: that perilous place where there are no social checks and balances on language and behavior, no proverbial way to slam the door shut or control people’s animal-like behaviors. That said, I think we can all find online communities where this is not the case. We should examine what makes them different. Our Slack channels at work are very civil and very productive. It is a gated community of people I work with and it conditions cordial behavior. I have been an investor in Seeking Alpha for 12 years and continue to marvel at the high level of debate and discourse on the site. When, once in a while, it descends into an insult or a stock pump, it is an exception to the rule. Seeking Alpha is an analytical community of stock market investors who have a shared interest in making money and shared consequences of bad analysis. The community wins by outing the bad apples, even if page views or unique user numbers suffer in the short term. Seeking Alpha grew at a slower pace than most online communities but it is this carefulness that makes it exceedingly high quality and valuable community. While I’m not a Nextdoor user— the neighborhood social network is not available in Israel— I am getting the sense that it is far more civil and trusted than other platforms. This must be because other users on Nextdoor are not constricted to the digital world— you might actually run into them in the street. Nextdoor spends a lot of time and energy vetting users identity before they are allowed in. Nextdoor wins by ensuring you are who you claim to be, and that you are civil to your neighbors. It also wins by limiting who you can talk to. These three, very different examples show that architecture, effort, expectation, and community which create trust, safety, and civility. Facebook was not scaled for trust and civility and Twitter was not scaled for safety and civility. They were scaled for scalable advertising and loose connections. These are platforms with no real human consequences nor with a real sense of community. Ironically, Mark Zuckerberg thought that real names would engender real community. It turns out that he was wrong on both counts. First, it is easy to fake real names and identities. Second, despite his open discussion about community over the past two years, Facebook is not a community. A community is not a product of communication, feeds, or real names. What builds community is civility and trust, shared values and shared consequences. None of that exists in today’s major social networks. I think this is a big opportunity. The next decade can and should create trusted, civil, and safe online communities, platforms, and interactions that are good for humanity. Since my fishing pond is Israel, I want to point out that I think that Israeli entrepreneurs have a unique opportunity in this space. The big social networks of the last 15 years were built in the U.S. and China because they were predicated on mass viral consumer adoption among the unwashed masses. The next set of experiences will be built on trust and safety, on tight-knit communities of shared interests and consequences. They will be built on more We's than I's. They will not be viral but vital. They will have more shared experiences than experiences shared. Moreover, since trust and community take time and involve shared consequences, these will be slower growers than the last cohort. Trust takes time to build. It cannot be blitz-scaled. It must be made to last.

Israeli entrepreneurs thrive in these areas and can uniquely innovate these architectures for trusted human engagement. You can see this vitality and understanding in many areas of Israeli society including the camaraderie of a civilian military, where you forge lifelong friendships and continue them with reserve duty. It is still alive in the kibbutz ethos even as the kibbutz itself has become capitalist. Israelis uniquely come together when faced with geopolitical challenges and despite these challenges, Israel consistently ranks very high in international happiness indices because of the depth of community. You find further traces of this in the sense of community of Israeli travelers and trekkers and in the ethos of WeWork, started by Israeli Adam Neumann in what he calls a capitalist kibbutz.

For the last five years, I have been begging Israeli engineers and entrepreneurs to leave adtech behind. It has become an even more smarmy business. However, the skills honed by adtech pros can be leveraged to create targeted trust, targeted communities and to police uncivil online behavior.

I want to challenge Israeli entrepreneurs to get behind this challenge. It matters.

This article was originally published on Medium .

Michael Eisenberg is a co-founder of Tel Aviv-based Aleph Venture Capital. Eisenberg has been working in venture capital for over twenty years. He sits at the boards of auto tech company Nexar Inc. and insurance startup Lemonade Inc.