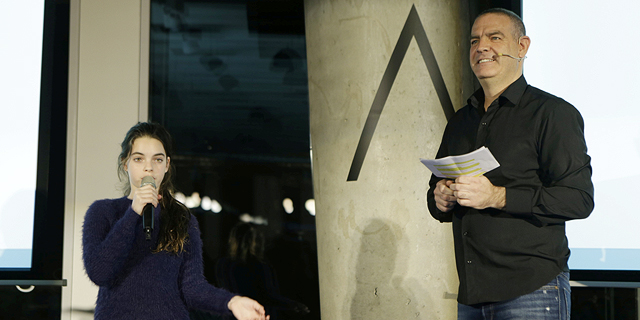 The Disputed Territory of Technology Plus Kids

Entrepreneurs and researchers discussed subjects including technology-based education, advertising to children, and the potential effects of gaming at a Calcalist and Bank Leumi event on Tuesday

As the ubiquity of connectivity, online businesses, and mobile phones spreads the way technology changes the lives of children and young adults is increasingly becoming a disputed territory. Entrepreneurs and researchers discussed subjects including technology-based education, advertising to children, and the potential effects of gaming at a Calcalist and Bank Leumi event on Tuesday. The moderators of the event held at Labs’ Tel Aviv offices were Nimrod Kozlovski, partner and head of the tech and regulation department at Israeli law firm Herzog, Fox, Neeman, and his daughter Maya, a sixth grader.

Maytal Shiran Harel, chief marketing officer at Bank Leumi, said at the event that children are born salesmen. “kids know intuitively who to target for different purposes: they know how to create a relevant and unique tone of voice for different groups,” she said.

The younger generation is using a barter system in which likes, shares, and virtual and physical products are traded, she said. “They buy players, teams, products, dances, game levels, and trade between them to better their position and status. They learn about trade earlier than any of the adults here.” Companies like Facebook, Google, and Microsoft are waiving responsibility when it comes to protecting children, leaving parents to take controls, said Zohar Levkovitz, serial entrepreneur and co-founder of mobile ads company Amobee. In 2018, Levkovitz founded online safety startup AntiToxin Technologies. In December, the company announced it has identified more than 1300 videos and photographs of minors involved in sexual acts on WhatsApp groups. Together with two Israeli nonprofits dedicated to online safety, Netivei Rishet and Screensaverz, AntiToxin found that some groups are very explicitly labeled as related to child pornography. AntiToxin aims to help companies like Facebook identify harmful content, Levkovitz said.

Personalization can make educational apps more appealing to children, said Galya Halaui, founder and managing director of educational platform A+ Kids, a service that teaches kids aged 4-8 math, English, and science via videos and games. Artificial intelligence enables the creation of individual tracks for each child that is both challenging enough and interesting enough, she added. “If we don’t give our children the tools to be creative with technology, they’ll find it hard to catch up in the next generation,” said Oren Zuckerman, head of interactive communications specialization at the school of communication at Israel's Interdisciplinary Center (IDC) Herzliya. Children need to get tools that encourage critical thinking, but they also need to be given the opportunity to study and learn of their own volition, he added.