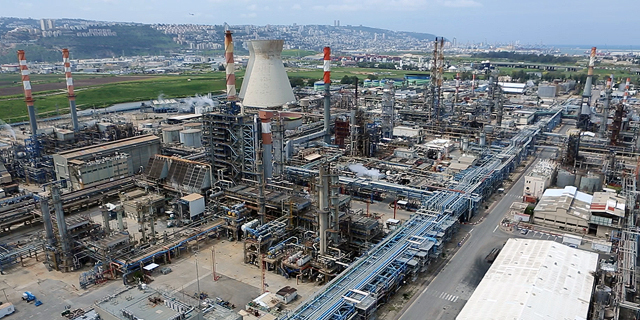 Qingdao, China-based consumer electronics company Haier Group Corporation is dipping its toes in the Israeli petrochemical sector by partnering with Israeli oil refining and petrochemicals company Bazan Group. The two have signed several collaboration agreements over the past few days, according to two people familiar with the matter who spoke to Calcalist on condition of anonymity.

The agreement was signed with Haier’s innovation arm HCH Ventures, a Bazan spokesperson further added. Founded during late 2017, HCH Ventures operates 24 startup incubators in nine countries worldwide. The Haier Group, one of China’s largest electronics manufacturers, has been marketing its products to Israel’s private sector for years. Its decision to enter the Israeli petrochemical industry is born out of a desire to leverage the innovation initiative Bazan launched last year, which offers local companies an incubator and an accelerator, as well as support for more mature companies, the spokesperson said. The two companies are looking to promote innovation in the industry, with a focus on IoT and digital transformation. Bazan operates the largest of Israel’s two oil refineries and controls 60% of the local market for petrol and diesel fuel. People familiar with the matter, speaking to Calcalist on condition of anonymity, said the innovation agreement with Haier does not limit the collaboration to a specific branch of Bazan’s operations, meaning it could extend to the company’s core businesses.

Haier’s new foothold in the sector is another step in the establishment of Chinese players in Israel’s various infrastructure industries. Just last week, Calcalist reported that Chinese telecommunications company Huawei Technologies Co. Ltd. has made a strategic decision to enter the electricity production market in Israel. As part of its plan, Huawei is set to open a local representation to sell equipment to solar energy companies, providing it with access to information about the electricity production capabilities of the Israeli market. Chinese companies are already deeply involved in the Israeli road, transportation, and shipping industries. In a recent interview with Calcalist, U.S. Deputy Secretary of Energy Dan Brouillette said he had told Israeli Minister of Energy Yuval Steinitz that China does not necessarily have “pure motivations” when it makes investments.