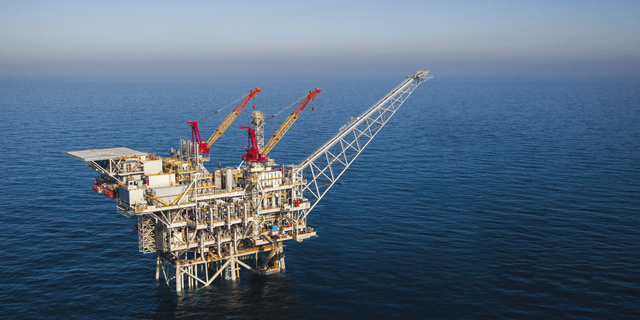 Originally scheduled to begin by the end of June, the streaming of 64 billion cubic meters of gas to Egypt over a 10 year period is now planned for late 2019

The Tamar Gas Consortium, responsible for operating one of Israel’s largest natural gas fields Tamar, has postponed the commercial streaming of gas to Egypt by several months, several people familiar with the matter who spoke on condition of anonymity told Calcalist.

Following Calcalist’s Hebrew report on Monday morning, Israeli energy company Delek Drilling LP, one of the major partners in the Tamar Consortium, filed a statement with the Tel Aviv Stock Exchange saying that commercial streaming to Egypt will begin by the end of 2019 from Israel’s largest gas field Leviathan. Delek said the delay is due to high demand for natural gas locally, which would exhaust Tamar’s resources in the near future.

According to a $15 billion deal with Egyptian company Dolphinus Holdings Ltd., signed by Tamar and the consortium operating Leviathan in February 2018, the two fields will provide Egypt with 64 billion cubic meters of gas over a 10 year period. Commercial streaming was scheduled to start by the end of the second quarter of 2019. Last month, Tamar conducted a successful streaming trial to test the pipes leading to Egypt.

According to the people familiar with the matter, Tamar has yet to secure the necessary regulatory approvals to begin streaming. The consortium estimates that Israel’s Minister of Energy Yuval Steinitz will likely support the move, based on his former statements, the people said. However, the Israel Antitrust Authority may be more reluctant to sign off on another deal signed in October to secure the necessary pipeline, they said. Per the agreement, Delek Drilling, Noble Energy Inc., and Egyptian partner The Egyptian Natural Gas Holding Company (EGAS) will pay $518 million for a 39% stake in The Israel-Egypt pipeline, owned by Eastern Mediterranean Gas Co. (EMG). The pipeline connects Israel and Egypt and the deal gives the partners exclusive rights to use and lease the pipe. Fearing that local industry may opt to buy gas from Egypt through the pipe in the future, the authority is considering requiring Tamar and Leviathan to match any price offered by Egyptian companies, the people said.