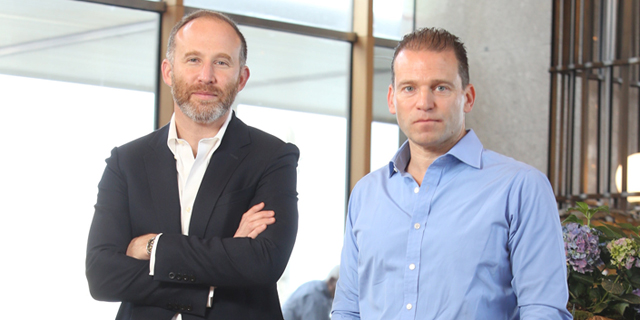 Despite Looming Brexit, This Israeli Firm Is Buying Up London Real Estate by the Pound

The firm has recently handed over GBP 412 million (around $520 million) for three London office buildings spanning a total of 44,000 square meters. All three offer long-term leases, with Brockton Everlast having an option to renovate or even take down the buildings and build new ones instead. Alony-Hetz, which made an initial GBP 40 million ($50.5 million) in Brockton Everlast previously, invested another GBP 172 million ($217 million) as part of the recent acquisitions.

While politically, things are still volatile and confusing, the economic reality is not as bad as people feared it would be three years ago when Brexit was first announced and people predicted a recession, Marks said. "In commercial real estate, it is actually reasonably positive."

While Britain's GDP growth has slowed compared to the European Union and the U.S., Marks said, "there has been a reasonable amount of direct investment into the U.K.," and particularly into London.

There is government investment in infrastructure, Marks said, particularly a new underground line that will transport up to 1.5 million people a day to central London. But the tech sector has also contributed to the stability of the city's economy, he said. "We are not saying that tech is completely unaffected by Brexit," he added, as medium-sized businesses and startups are, to varying levels of extent, affected by the U.K.’s economy. But for very large businesses like Google, Amazon, and Facebook, those that need a variety of teams in regulation, legal, marketing, engineering, and business development, Marks said, "there is really only one city in Europe where a single firm could hire 5,000 people, and that’s London." To an extent, the London real estate market is still inefficient, with prices that are at times incongruent with market reality, Marks explained. It also has a relatively high number of absentee landlords, he said—meaning owners that are based outside the U.K. and buildings that have long-term, triple net leases (meaning the lessee holds sole responsibility for property upkeep). "You can be based wherever you like and it is a relatively easy asset class to own and manage," Marks said, "but it does create opportunities for local players who perhaps see things that overseas investors cannot." While 75% of transactions made last year were by non-U.K. investors, he said, some of those absentee landlords bought premium grade buildings that deteriorated over a 15 or 20-year lease and now want to divest their assets. Marks and Blank said they have the ability to recognize a building with potential even if it is in a so-called bad location. One of their recent acquisitions, they said, is what they would describe as a building "with good bones," but it also has many aspects that are essential to "creating the future workspace" such as nearby tube access, car parking, a gym, and roof terraces. Furthermore, Blank said, the buildings Brockton Everlast buys have a steady revenue stream. "They are occupied," he said. "If they are not full, they are almost full, meaning over 95%." This policy is due to the uncertainty that comes with Brexit, he said, "so that we can choose for ourselves when we want to transition the building to this kind of modern workplace building." There are four main trends in the London real estate scene today, Marks said. The first is that for the first time in history, four generations are sharing the job market—the baby boomers, Generation X, Generation Y, and Generation Z. And this inter-generational hierarchy has "huge implications for real estate because it means your office buildings need to appeal to four generations all at once," he said. The second trend is co-working, represented by the likes of WeWork, which changed the way companies lease office space, Marks said. Companies tell their landlord exactly what they want, and they want to be able to walk away at any time, he said. And for all that flexibility, and zero fit-out costs and build-out costs, companies are willing to pay a significant premium, because they do not need to put those costs on their balance sheets, he explained.

The third trend is related to the new underground line being built, the Crossrail, Marks said. Still under development at a government investment of GBP 18 billion ($22.7 billion), it is a 117-kilometer line that will cross London from east to west, adding 41 new stations. "It is going to be transformational for London's transport infrastructure because these trains are going to run on average one every minute or minute-and-a-half at peak capacity," he said, adding that it is critical to understand the impact the project will have on nearby properties. "The fourth and final trend we put up here is the revolution that is taking place in the workplace. Not so much a generational thing, this is more about the need for the workforce to be creative and agile," Marks said. "And that has major implications for buildings as well."