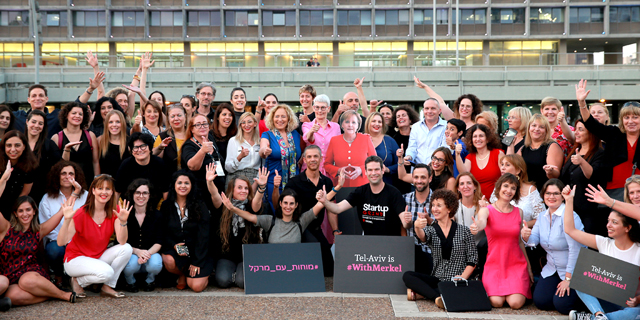 The Israeli Employment Market: a Timestamp

On Wednesday, the Israeli Ministry of Labor, Social Affairs and Social Services published a report for 2018, detailing the current state of the local employment market

On Wednesday, the Israeli Ministry of Labor, Social Affairs and Social Services published a report for 2018, detailing the current state of the local employment market. Israel consistently boasts a very low unemployment rate—4% for 2018—and even those low levels are mostly due to people who are temporarily unemployed while between jobs. Overall, 78% of people aged 25-64 were employed in 2018, above the OECD average of 73.7%. Most social groups have high employment rates, barring two: Arab women with an Israeli citizenship and ultra-Orthodox (Haredi) Jewish men, which stand at 38.2% and 50.2%, respectively. While employment of Arab women is steadily rising, doubling over the past two decades, male Haredi employment has hit a standstill in recent years, and may in fact be starting a downturn.

In terms of wages, the top 20% of earners are split into 91% non-Haredi Jews, 5% Arabs, 2% Haredi Jews, and 2% others. The bottom 20% is divided into 64% non-Haredi Jews, 21% Arabs, 12% Haredi Jews, and 3% others. Men out-earn women across all population segments, though non-Haredi Jewish women out-earn Arab and Haredi men. The top group, non-Haredi Jewish men, earn an average of NIS 15,327 (approximately $4,350) a month, while the lowest earners, Arab women, earn NIS 5,791 (approximately $1,645) a month on average. This is despite the fact that more women earn higher education degrees than men across all three groups, with non-Haredi Jewish women topping the chart at 60% and Haredi men at the bottom with 10%. The wage gaps can be partly explained by the average number of weekly work hours for each group: 61% of employed Haredi women and 44% of Haredi men work part time, compared to 38% of non-Haredi Jewish women,18% of non-Haredi Jewish men, 26% of Arab women, and 9% of Arab men. Despite Israel’s high employment rates, Israel’s productivity is well below the OECD average. The OECD average stands at $48.2 per hour, while the Israeli average is $35.7 an hour, despite increasing over the past few years. Israelis also score below the OECD average when it comes to PIAAC (Programme for the International Assessment of Adult Competencies) skills such as math, reading comprehension, and problem solving. When it comes to math skills, for example, the top 10% of Israelis actually score higher than the top 10% of the OECD average, but the remaining 90% score below it, and the gap widens the lower the skill level. On Average, non-Haredi Jews score the highest, followed by Haredi Jews, and then Arabs with Israeli citizenship. Israel will be facing two significant changes when it comes to its job market in the next decades. The first is due to the fact that Haredi Jews and Arabs—the two groups with the lowest rates of employment as well as a lower level of education and skill on average—are also the fastest growing groups. According to data collected by Israel’s Central Bureau of Statistics, in 2015, Haredi Jews accounted for 7% of the work-age population, while Arabs made up 19%. Among children aged 0-14, however, they made up 19% and 25%, respectively, almost 50% of the age-group. Unless their participation in the job market—and specifically in better-paying jobs like those in the tech sector—increases drastically, Israel’s future economy will be facing a big problem.

The second shift is not unique to Israel: the changing nature of jobs in today’s market due to the fourth industrial revolution. Many high-skill sectors such as engineering and computer-related jobs are expected to see growth, while low-skill sectors such as secretarial and office management jobs and customer relations are expected to see the number of available jobs shrink. Even in sectors that will not see a diminishment of jobs, the World Economic Forum expects many jobs to require retraining as the industry changes. The changing relationship between employer and employee is also leading to an increase in the number of freelancers, and while in Israel that increase is still very minor—1.5% over the past 15 years, to 7.9%—it could necessitate an extensive change in public policies and government legalization, which today are oriented much more toward in-house employees.