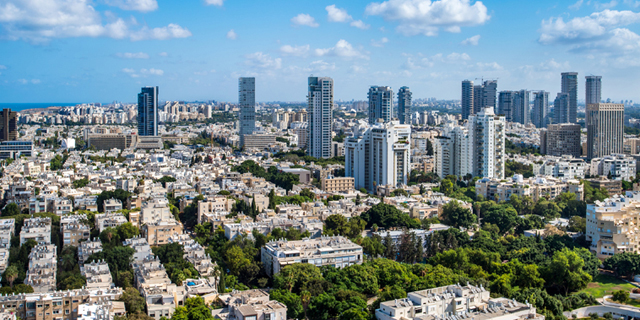 The credit agency said Israel’s economy is “diversified, competitive, and resilient,” and that the country’s main credit limiters are geo-political risks and government debt

Standard & Poor’s (S&P) reaffirmed Israel’s credit rating at AA- on Friday with a stable outlook. The international credit agency upped Israel’s rating to its current one, the highest rating awarded to the country to date, in August 2018, and reaffirmed it in February. In Friday’s research note, S&P stated Israel’s economy is showing continuous strong growth. This growth is expected to weather internal political volatility, with a second election in just under six months coming up in September, the various criminal investigations against Prime Minister Benjamin Netanyahu, and the external instability caused by the slowing of many of the world’s leading economies and by global trade tensions.

Israel’s economy, which S&P defines as “diversified, competitive, and resilient,” is expected to grow annually by 3% on average until 2022. While higher than the OECD average, this still represents is slower growth than Israel has experienced over the past few decades. The country has not faced recession in the last 15 years, S&P wrote, and its gross domestic product (GDP) has increased by 60% since 2010 in U.S. dollar terms, combined with historically low unemployment rates. “Growth will stem from private consumption on the back of a strong labor market, continued corporate investment activity,” and Israel’s strong services export, S&P wrote. In 2020, the Leviathan gas field is expected to start operations and boost the economy further, S&P said. The agency is expecting Israel’s political institutions to withstand the country’s political fragmentation, as it is not a new situation, but state that it could prevent the chosen government from making changes necessary to solve long-term structural issues such as weak labor market participation, a problematic real estate market, infrastructure gaps, bureaucratic red tape, and the low skills of specific population groups.

The two main limiters of Israel’s credit rating are geo-political risks, and Israel’s government debt, according to S&P. The central government deficit reached 3.9% in June 2019, compared to an annual target of 2.9%, an even weaker fiscal outcome than S&P expected. Due to the dissolvement of the parliament, only minor budget changes will be possible until perhaps even 2020, leading the agency to revise its general government deficit forecast upwards to 3.6%. “Now that the business cycle is maturing, fiscal performance will, in our view, likely deteriorate as the significant cyclical contribution—to government revenue in particular—fades away,” S&P wrote. However, the agency said, there is no reason to be very concerned about Israel’s fiscal and macroeconomic stability, as over the past decade government debt has actually decreased by over 10 percentage points, and fiscal tightening will likely be on the agenda of the next government no matter the political outcome. The agency therefore expects net general government debt to stay below 60% of Israel’s GDP through the forecast horizon.