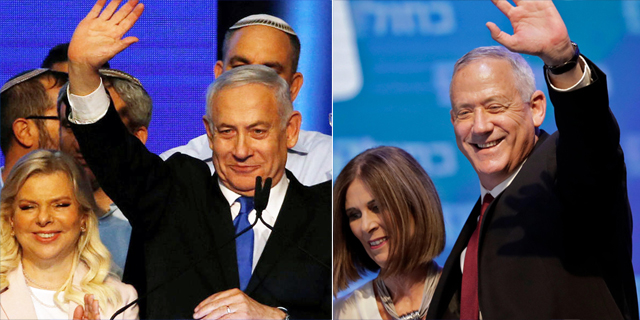 Israel’s general election seems to have ended in a near-tie between Prime Minister Benjamin Netanyahu’s Likud party and Benny Gantz’s Blue and White party. According to the official results released by Israel’s Central Elections Committee after counting 90% of the votes, Blue and White managed to win 32 seats while Likud obtained 31 seats, but both of them appear to lack the support of the majority of elected parliament members necessary to secure their leader the prime minister’s seat. It is safe to assume the final results, which will only become official on September 25, will not change dramatically. One of the most likely scenarios, therefore, which Blue and White already pushed for in its campaign, is forming a grand coalition that includes Likud, Blue and White, and at least one other small party. Currently on everyone’s mind as a possible partner is former defense minister Avigdor Lieberman, who can arguably take credit for making the second 2019 election a reality and has also been pushing for a grand coalition prior to the publication of the results. 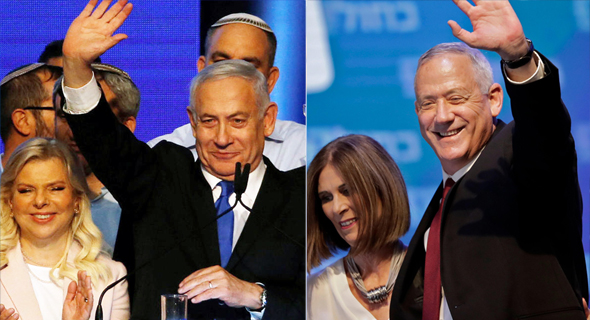 Following April’s election, Lieberman’s nationalist party Yisrael Beiteinu, which attained just five seats, was the missing puzzle piece in securing a fifth term for Netanyahu. When negotiations between the two parties failed—over a long-debated bill that would see ultra-Orthodox (Haredi) men drafted—the September election was announced. According to the current results, Yisrael Beiteinu has significantly increased its power, now holding nine seats. Yisrael Beytenu’s campaign focused mainly on an anti-Haredi sentiment prevalent among Israel’s secular population. Among its campaign’s cornerstones were promises not to join a coalition that includes Haredi parties, calling for public transportation on Shabbat and other Jewish holidays, and annulling a law that passed last year that would see supermarkets, grocery stores, and kiosks that are currently open on Shabbat shut down for the duration of the weekly holiday. Haredi parties Shas and United Torah Judaism received nine and eight seats respectively, increasing their combined strength by one seat. With 13 seats, the third-largest party is The Joint List, which includes the four major Arab-led parties—socialist Arab-Jewish party Hadash, Muslim religious party Ra’am, and secular left wing-parties Balad and Ta’al. In April’s election, when The Joint List separated into two entities, Hadash-Ta’al and Ra’am-Balad, they received just six and four seats respectively, a serious downfall after winning 13 seats in 2015, when the four parties first ran together. Much of Netanyahu’s campaign revolved around positioning The Joint List as a major threat to his party’s rule and around efforts to lower the voting rates among Israel’s Arab minority, which constitutes about 20% of the country’s population. Netanyahu went as far as attempting a blitz legislation process that would have seen voters videotaped as they enter and exit the polling station, allegedly to fight off counterfeits, which he claimed were common within the Arab community. The bill, which was dropped last week after failing to secure a majority of 61 parliament members, was inspired by a campaign led by Kaizler Inbar, an ad agency hired by Likud to videotape voters in Arab towns during the April election. At the time, the ad agency boasted that its campaign helped reduce the voting rates in towns with an Arab majority to under 50%. In Tuesday's election, the voting rate in Arab towns reached 60%, which many credit to the prominence Netanyahu gave Arab voters and the leader of The Joint List, Ayman Odeh, in his own campaign. Yamina, (rightward in Hebrew), the only woman-led list to pass the electoral threshold, managed to secure seven seats. The list is composed of representatives of right-wing parties The New Right, The Jewish Home, and Tkuma. In April’s election, The Jewish Home and Tkuma also ran as one list, winning five seats, while The New Right led by Shaked and former education minister Naftali Bennett failed to reach the electoral threshold of 3.25% and was just 1,454 votes short of achieving the minimal four seats.

Once the results of the election became evident on Tuesday night, Yamina submitted a request to disassemble into the three original parties it is composed of. Historically considered a potentially governing party, Israel’s Labor, which ran together with centrist party Gesher, only got six seats. The Democratic Union—a list composed of left-wing parties Meretz, Democratic Israel, recently founded by former prime minister Ehud Barak, and the Green Movement, led by former Labor parliamentarian Stav Shaffir—won five seats.