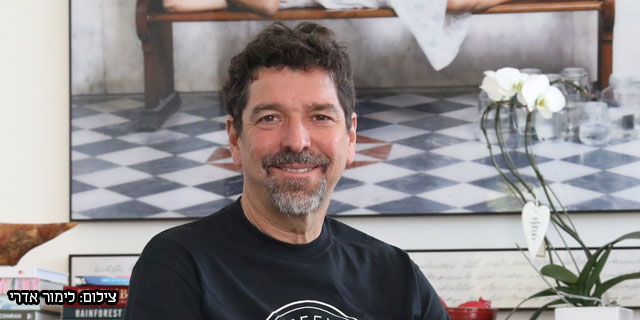 In an interview with Calcalist, leading angel investor Oren Zeev talks about his investment approach and the end of the extreme valuations bubble

Israeli-expat angel investor Oren Zeev has a rather simple investment strategy. “If I believe in a company I’m going to go all the way,” he told Calcalist in a recent interview. “If I’m not completely sure I won't invest, and if I invest—I’m all in.”

Through his investment firm Zeev Ventures, Zeev is one of the most active Israeli venture capitalists today. In the last 12 months, he has invested $240 million across multiple deals. Earlier this month, Zeev led a $15.5 million round in San Francisco-based data-automation startup Explorium Ltd., as well as a $12 million round in Israeli agtech startup Fieldin, incorporated as Agromentum Ltd. In June, he led a $26 million funding round in Israel and U.S.-based payment installment startup Sunbit Inc. 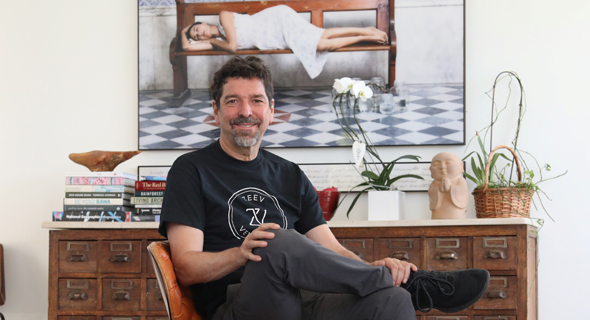 But Zeev is known for his successes, not simply the scope of his activity. He was the early backer of Palo Alto-based home remodeling and design company Houzz Inc., which is valued at over $4 billion; he is was the first investor in another Israeli-linked, Palo Alto-based startup, corporate travel company TripActions Inc., which has completed a $250 million funding round in July according to a $4 billion valuation. Insurance startup Hippo Insurance Services, also backed by Zeev, has entered the unicorn club in July when it closed a $100 million round, giving it a post-money valuation of $1 billion. Together, the companies backed by Zeev have a cumulative valuation of more than $11 billion. Still, Zeev works alone, with no office or assistant, from Cafe Venetia in Palo Alto.

Why do you choose to work like this? Is there more to it than good coffee? Personally I find it easier. I could’ve built a team and rented an office, but I’m more comfortable working alone. It is easier for entrepreneurs as well—I can set an appointment for right now and decide to invest same-day. I make up my mind fast and I’m always available to them. The way I see it, entrepreneurs are the clients and I work for them, and not the other way around. My goal is not to maximize results, I want that an entrepreneur who receives an investment, whether they succeeded or failed, will be happy that they decided to take my investment. That is more important to me than the end result. Ironically, the fact that I am not focused on exits is making it so that the best exists come to me. This is why my results are better than all the other venture funds I know. What is your formula for finding the perfect entrepreneur? There is no formula, but there are similarities. None of the entrepreneurs I’ve backed was looking to make money—they were all looking to disrupt their industry, to make a massive impact. Typically these are more mature people, older than average. I consider each of them a friend, and I admire them. If I don’t enjoy spending time with an entrepreneur, if I don't want to befriend them or I think there are not honest, or that the motivation is wrong, fed by ego or greed—I won't invest. Cockiness bothers me. I don’t care for people who think too highly of themselves, and I don’t like people who lost track of reality and think the hype of their company is about them. And of course, I have to be convinced of the idea, not just the entrepreneur. Who are the investors you appreciate? There is Ribbit Capital, which in my opinion are the leading fund and industry standard in Fintech. There are very impressive investors in Israel: Adam Fisher from Bessemer, Haim Sadger of S Capital, Eitan Bek from TLV Partners, and many more. I evaluate investors not just based on results, but also, mainly, based on their attitudes towards entrepreneurs. Are there companies that you backed that failed? My biggest loss was an investment I’ve made in a company called Pictage, while I was a general partner at Apax Partners. On the surface, it seemed a successful business with revenues. It looked like a safe investment, but it wasn’t. I invested $30 million and lost. Truth is, I wasn’t very enthusiastic from the get go. What I’ve learned from that investment is that you can’t go ahead with something because you don't want to lose out, you can only invest because you want to win.

Some people believe that we are experiencing a period of wild valuations and excessive investments. Do you feel the same way?

I think this is a period when we have reached the end of the cycle, and we might look back at it later on and be sorry it has ended. My philosophy is that it is hard to time the market. What's more, as an investor you invest in a company, in people, not in the market. So there’s no need to stop investing. It is our prerogative to invest in unique companies, which stand a better chance of withstanding a recession or economic crisis. It won't be easy in the short term and the value might be impacted, but the strongest companies will survive. Do you see the party ending any time soon? That can happen tomorrow, or five years from now. There are illogical phenomenons that will exposed in investors’ faces. There are companies that with or without a recession could lose height. On the other side, there are companies that look expensive, but are growing in an unprecedented way in very growing markets and have a business model that could be insanely lucrative. When Facebook raised funds according to a $10 billion valuation some called it a balloon ready to burst. Same for Google, which made its initial public offering according to a $20 billion valuation. There is a type of company that always look too expensive but is not. Now there really is an unprecedented number of these companies. Some are in my portfolio but most of them are not. We are not in the same place we were in 1999; back then we knew we are about to crash hard. These days it seems every company wants to be a unicorn. Before the term was coined there was no difference between a company valued at $900 million and a company worth $1 billion. Today, entrepreneurs care a lot about this status. Of the 400 companies that are on the list, many have made a lot of compromises to get there. The fact that a company has been dubbed a unicorn does not necessarily mean that it is worth over $1 billion, it most likely means that they cared about getting that valuation and were willing to go far to get it. A $2 billion valuation—now that is a testimony that someone thought they’re worth it. The Unicorn inflation has an influence on public opinion, but some of it is backed by reason. There are entire industries going through upheaval and seeing traditional companies lose height and new companies with new technologies growing very fast and disrupting the market. I have three real estate related investments. It is a sector where traditional players saw a crazy decline in value. On the other hand, new tech-based players have grown tremendously fast. Insurance is the same thing. Three years ago there was no innovation. Now companies are disrupting every sector of the industry: auto, life, small businesses… yes, there is a lot of hype, but there are also things that are real. The hotel industry was unchanged and then Airbnb came and revolutionized it. A company like Tripactions is changing the sector of business travel, which has been stuck in place for decades. What are your current hot companies? The major companies, and this is just a small number, are Hippo Insurance Services, Next Insurance Inc., Tipalti Solutions Ltd., HomeLight Inc., Houzz Inc., and TripActions. They are all unicorns, or close to it. They are all industry leaders with great potential, and of course there are other companies with a lot of potential that are currently more advanced in terms of sales and valuation.

Do you prefer investing in Israeli companies?

I’m invested in a lot of companies that are connected to Israel even if they are not Israeli companies, such as Uber Freight, whose co-founder Lior Ron is Israeli. Naturally I invest in people who are part of my network, and usually it is people I know. I have very good access to Israelis, who know of me and want me and I know them, but I don’t limit myself to Israelis. Are you looking to invest in specific sectors? I mostly look for undisrupted sectors, but I prefer it to be the initiative of the entrepreneur. I prefer to meet an entrepreneur who will teach me something new than to come up with an idea and then look for an entrepreneur. Usually, I think the obvious about an industry while an entrepreneur might have fresh eyes and therefore a chance to be an industry leader. When Houzz came to me with their idea, no one thought it was going to be a buzzing sector. The same is true for the airline industry and many other sectors I invested in. My strength is not to choose a sector but to identify an entrepreneur that has found a sector with large potential. Are you leaving some money aside for future investments? I’m investing the whole fund. People always think of me as an early stage investor, but I invest in later stages as well, sometimes very big sums. I can raise money and invest it at any stage. Is establishing your company in Silicon Valley crucial for success? It is not the only way, but there is something about being located here or in San Francisco that gives you a very strong scale advantage. There are people and ideas everywhere, but being close to investors, to the money, to potential partners is important. If you consider the unicorn list, an unlikely percentage is from the tiny San Francisco-Silicone Valley area. We are a much bigger scene than New York. There are companies in Los Angeles, and non American companies, but a typical global market leader is an American company from the Valley, and there is a big difference in valuations. There are of course exceptions like Wix.com, who did everything from Israel despite having Silicon Valley competitors.

Tripactions co-founder and CEO Ariel Cohen said in the past that had he founded the company in Israel it would have taken a lot longer to take off and probably wouldn’t have even succeeded. I am very much in agreement. What we did in Tripactions—I haven’t seen such growth for any other company in my portfolio, and it couldn’t have happened anywhere else. It could have still succeeded, but not on the same scale. There are of course personal considerations, and I encourage people to do things from Israel, but if it is possible I encourage people to establish themselves in Silicon Valley. It is easier to succeed here. Do you miss Israel? I have a son in Israel who I miss, and we have a house we love. The food is much better in Israel, and Tel Aviv is unusually vibrant. Silicon Valley is not really a vibrant place. There are things I don’t miss, like how aggressive people are and the politics, which I feel the impact of all the way to here. Israel is a wonderful place, and I didn’t leave because I was unhappy but because I wanted to be where the big players are. There is no place that is more central to an investor than the bay area and San Francisco. I do always like to visit Israel though.