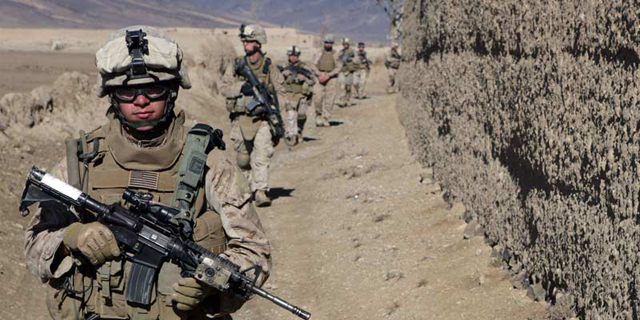 From the U.S. Army to Marriage in Israel: the Legal Status of DNA Testing Kits

The U.S. Army has been busy lately, banning a number of popular technologies. On December 30, it was publicly disclosed that the army was prohibiting the use of TikTok on government-issued phones. The Chinese-owned highly popular video-sharing app, formerly known as musical.ly, is now considered by the military, as well as the Pentagon, to be a cybersecurity risk. The U.S. Navy and the U.S. Senate are similarly anxious about the app. Prior to the ban, however, the army was using the app extensively to put together promotional content.  Just before going after TikTok, the U.S. Office of the Secretary of Defense advised military personnel to not use the services of companies offering direct-to-consumer (DTC) genomics testing kits, like MyHeritage Ltd. or 23andMe Inc., citing unconfirmed concerns of mass surveillance. These "tests are largely unregulated and could expose personal and genetic information, and potentially create unintended security consequences and increased risk to the joint force and mission,” Under Secretary of defense for intelligence Joseph Kernan and Assistant Secretary of Defense for Manpower and Reserve Affairs James Stewart wrote in a December memorandum. 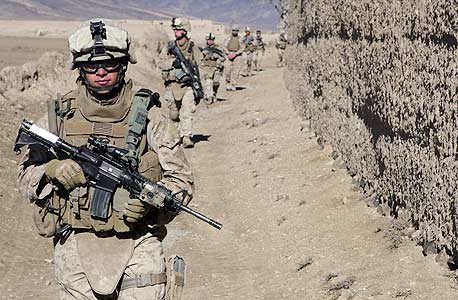 The exact nature of these concerns remains unclear, but they might be related to a recent paper describing how personal and private medical data can be extracted from publicly shared genealogy data. Importantly, it is worth mentioning that, unlike a credit card or bank account number that can be changed in case of a data breach, you cannot really get a new genome. Both DTC genomics and their associated concerns are not new and have been around for almost two decades. Unfortunately, it has been a rough ride for the industry during the first couple of years. Of the original three large companies—Reykjavík, Iceland-based personal genome scan company deCODE genetics Inc ., the clinically minded and relatively cautious California-based company Navigenics Inc., and Google-associated 23andMe—only the latter remains operational. The industry had other growing pains as well, especially in the summer of 2010 when the U.S. Food and Drug Administration (FDA) decided to regulate the tests as in vitro diagnostic medical devices. As per the FDA's definition, in-vitro diagnostics are "tests done on samples such as blood or tissue that have been taken from the human body. In-vitro diagnostics can detect diseases or other conditions and can be used to monitor a person’s overall health to help cure, treat, or prevent diseases." The FDA was particularly concerned as to the clinical validity of the devices and the possibility that users, lacking a medical professional's oversight, might be misled by the results when making medical decisions based on them.  In 2013, the FDA warned 23andMe after it repeatedly ignored its pleas to stop operating without the necessary regulatory clearance, demanding it stops all sales of its DTC tests. Eventually, things worked out between the two, and 23andMe now provides both genealogy testing kits, as well as a handful of FDA, approved genetic tests for the detection of inherited diseases. While ostensibly recreational in nature, genealogy tests have potential medical ramifications as well. There have been numerous documented cases where assumed paternity was determined to be false or when adopted children successfully sought out their biological parents using these tests. Additionally, there have recently even been reported cases where people have found out that they had been inadvertently switched at birth. In each of these scenarios, these discoveries can be especially significant and valuable in establishing family medical histories. There are many new companies now within this multi-billion dollar industry, all attempting to take advantage of the rapidly falling cost of genetic sequencing to provide varied testing, ranging from the very dubious to those with potential clinical value. The U.S. administration recently announced that it would also take advantage of these rapidly falling costs and would start collecting DNA from immigrants detained at the border, a policy it claims is legal under the DNA Fingerprint Act of 2005.  The administration hopes to eventually expand this effort to collect DNA from all detainees in its custody, including U.S. citizens. This expansive collection of DNA from people that enter into the criminal justice system has already been shown to be constitutionally valid under the foundational 2013 Supreme Court case of Maryland v. King. Alonzo King Jr. was convicted of a 2003 rape based primarily on DNA that was extracted from him upon an unrelated arrest. In his appeal to the Supreme Court, King argued that the test was an illegal search and seizure under the Fourth Amendment of the U.S. Constitution. The court thought otherwise. Notably in dissent, Justice Antonin Scalia raised concerns that the practice would turn the world into a genetic panopticon, wherein we will always be under the watchful suspicious gaze of our genetic sequences.

Judge Scalia's words became even more relevant following the 2018 arrest of former police officer Joseph James DeAngelo. The purported Golden State Killer, a serial rapist, burglar, and murderer had evaded arrest for decades but was caught based on publicly available genealogical DNA data submitted to a DTC service by one of his relatives.

In the summer, U.S. authorities began collecting DNA from groups of immigrants claiming to be related, in an attempt to identify individuals posing as families. Similarly in Israel, supposedly dozens of individuals seeking to gain citizenship under the country's Law of Return, granting citizenship to all people of Jewish lineage, or marry in an Orthodox Jewish ceremony, have been asked to submit to a genetic test to prove that they are biologically related to their family members of Jewish lineage, and not, say, adopted.

It is actually in part due to fear that such information may upend marriages and maternal lineages that, in 2000, the Israeli government passed the Genetic Information Law, which makes it effectively illegal to use a DTC genetic testing kit in Israel. The law requires that genetic tests will only be obtained under either a doctor's prescription or a court order and can only be conducted by a genetics lab. The law is also concerned that consumers may not fully appreciate or understand the results. In fact, the law even allows doctors to withhold genetic test results from their patients, under certain circumstances, for these reasons.

Internationally, the use of DTC genetic tests has always been somewhat controversial, with some countries like France creating criminal causes of action for using a DTC genetic test, given similar fears that misinterpreted results might cause psychological harm, even though early studies have yet to find indications of such damage.  Most recently, DNA tests for proving ancestry have even become a part of popular culture with a meme on Tiktok wherein people adjusted the controversial lyrics of the popular Lizzo song, Truth Hurts, to create their own fantasy DNA tests. Neither the meme nor the test would likely be appreciated by the U.S. Army.