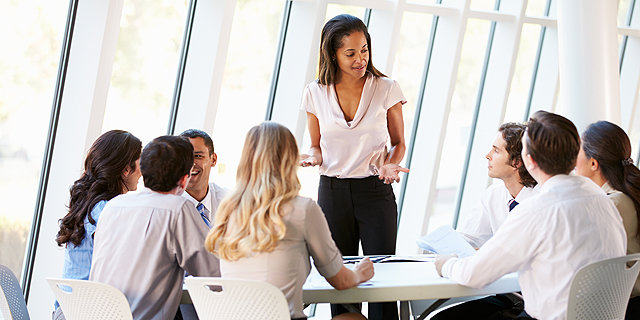 Despite Progress, Only One in Six Israeli CEOs Is a Woman, New Report Says

The gender inequality index published for the seventh time by the Van Leer Jerusalem Institute shows that while the gaps are diminishing, there is still a lot of work to be done

Gender inequality in Israel is slowly diminishing, but representation for women in business is still far from being satisfactory, according to a new report by the WIPS: the Center for the Advancement of Women in the Public Sphere, which is part of interdisciplinary research institute the Van Leer Jerusalem Institute. Published for the seventh time to serve as a tool for setting policies, the institute’s gender index for 2019 scrutinizes inequality in everyday aspects, including employment, education, poverty, and political and economic power. The index looks at gender gaps based on 90 subsets that are combined into one final score, which hit an inequality record in 2010 and since then has shown slow improvement.

While the data shows a 4% improvement in the total level of gender inequality between 2016 and 2017, this improvement is slow and still far from being satisfactory. The political and economic power gap, for example, dropped from 70% to 64%. However, after several years where women were 28% of Knesset members, the last elections cut their number down to 29, or 24%. Local municipalities saw the number of female city or local authority heads double, from 7 to 14, but that is still only 5% of all officials. The best-improved sector, at least on paper, is the number of female CEOs, which jumped from 5,400 in 2016 to 8,700 in 2017, out of 50,000 CEOs overall. In percentages, that is an increase from 12% to 17% within a year, resulting in one out of six CEOs being a woman. However, according to industrialist Ayelet Nahmias-Verbin, a former Knesset member for the Zionist Union and the Labor Party, the improvement may be the result of more female entrepreneurs founding and heading their own small companies, rather than changes in the general selection process. In some sectors, inequality improved not because there were real changes for women, but because men have started to shoulder more of the burden. One example is the family situation index, where the number of single mothers dropped from 88.5% to 86% because the number of single fathers rose by 4,500 between 2016 and 2017.

The most equal sector is education, where inequality had reached 5% in 2010 and remained steady since. In subsectors like highschool graduation and eligibility for BSc and master’s degrees, women even have the edge. But inequality is still rampant in the higher echelons of academia; the number of tenured female professors rose from 28% in 2010 to 32%, meaning one female professor for every two male ones. Hadass Ben Eliyahu, a senior researcher at WIPS and one of the authors of the report, told Calcalist that one of the obstacles to closing the gender gap is Israel’s disinclination to set gender equality objectives.