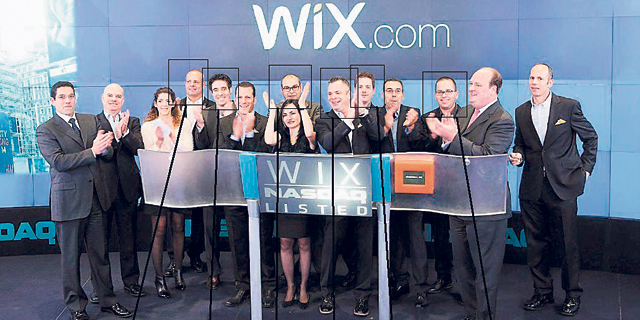 Israelis Dream of Big U.S. IPOs, but Are Swallowed by M&As Instead

The Israeli tech scene is practically bubbling over with startups, but very few get to that ostensible holy grail: a Wall Street initial public offering. According to a special report compiled by Barclays and obtained by Calcalist, between 1999 and 2019, Israeli companies raised just $10 billion on Nasdaq and the New York Stock Exchange (NYSE), compared to $380 billion that changed hands in mergers and acquisitions involving Israeli companies during these two decades. Though startup founders like to spout about their public dreams in every interview and presentation, the truth is that almost all companies end up being swallowed by bigger ones. This trend is well-apparent in Barclays’ data: even at the height of the Nasdaq rush, in 1999 and 2000, 10 Israeli companies went public each year, compared to 20 or more that were acquired. 2019 represented the trend well, with the numbers of acquisitions 10 times higher than the number of IPOs.

Surprisingly, the big Israeli IPOs on Wall Street are usually of non-tech companies. The exception is automotive chipmaker Mobileye, which had the largest Israeli IPO to date in 2014, raising $1 billion. But the next IPOs, in terms of scale, are of telecom company Partner Communications Company Ltd., which raised $604 million in its 1999 IPO; Israel Chemicals Ltd. (ICL), which raised $421 million in 2014; and telecom company Cellcom Israel Ltd., which raised $400 million in 2007. A sector in which Israeli companies list in large amounts is biotech. This group distorted any historical viewpoint of the overall stock performance of Israeli companies on Wall Street, as it makes them much more erratic than the leading indices, being that biomed companies need large financial resources to fund clinical trials but are rarely acquired before these trials bear fruit. Over most of the past decade, Israeli stock yielded returns similar to or slightly higher than Nasdaq and S&P 500. What saved Israeli companies overall is that most years were strong, and 2018 was the only year that showed negative returns on the main indices. Biotech stocks had a strong presence on the historical yield chart as well. Barclays looked at the stock performance of companies that went public during the last decade and are still trading (Mobileye, acquired by Intel in 2017 for $15.3 billion, is not included in the chart). Most of the disappointing stocks are biomed and medical companies. The worst stocks of the decade are genetic crop design company Evogene Ltd., biopharmaceutical company MediWound Ltd., biomed company Entera Bio Ltd., and cellular and immune therapies company Gamida Cell Ltd. In contrast, the most valuable player of the decade is website building company Wix.com, which created returns of 650% for its shareholders since its 2013 IPO. Other star stocks include solar energy company SolarEdge Technologies Inc., which created returns of 359%, and information security company CyberArk Software Ltd., which generated 289%. Despite going public less than a year ago, InMode Aesthetic Solutions Ltd., which listed in August, already netted shareholders returns of 189%. According to Barclays Israel country manager Ilan Paz, everyone in Israel talks a good game when it comes to IPOs, but most end up taking an acquisition deal. That is why he finds it hard to agree with the oft-repeated statement, as of late, that the Israeli business scene has matured and companies have learned to wait and reach later life stages as independent companies. At the lone entrepreneur level, it is very hard to hold out for an IPO when one is offered a good deal, he said in a recent interview with Calcalist. The IPO threshold keeps rising and it is pointless for companies valued at less than $1 billion to raise money on the stock markets, Paz said. In contrast, private money is more abundant than ever. “The merger market is the hottest it has ever been due to the vast amounts of cash companies are looking to aggressively spend, pushing valuations up as a result,” he said. “The opposite side of the coin is that stock performance during the past decade shows that it is better to be acquired than to list.” Paz estimated that 2020 will not see a major change, especially considering forecasts that the second half of the year will experience fluctuations in light of the U.S. election. Another trend highlighted by Barclays’ report and by a second report compiled by Deloitte at the close of the decade, also obtained by Calcalist, is the abundance of tech acquisitions made by traditional industry companies. They have recently earned the label disruptive M&As, as their aim is to enable giant companies that do not come from a tech background to tackle disruption challenges in their sectors. Such deals usually focus on companies that develop big data and analytic tools. According to Deloitte’s data, traditional industry companies spent an impressive $880 billion between 2015 and 2018 to equip themselves with technological tools. While the trend has only started in the second half of the decade, by 2018 55% of all technology companies acquired passed into the ownership of non-tech companies. Israel, to date, has somewhat bucked the trend. According to Deloitte’s data, only 20% of acquisitions were made by non-tech companies, the stand-out deal being McDonald's’ $300 million-plus acquisition of Israel-based web personalization company Dynamic Yield Ltd. in March 2019. Another prominent example is Nike’s acquisition of Tel Aviv-based fashion technology startup Invertex Ltd. in 2018. Sigal Adania Kapun, head of Deloitte Israel’s financial advisory services group and its head of M&A, estimates that over the next decade these types of deals will become more commonplace. There is also something that did not happen during the past decade. Unlike the sentiment often encountered in the Israeli business sector, the number of Chinese players acquiring local companies is still minute, and most M&As are performed by companies and funds based in the U.S. and Europe. In recent years, many Chinese delegations came to Israel in search of acquisitions in the technology or finance sectors, but the real numbers show that those ambitions have yet to be realized.

Based on Deloitte’s data, the U.S. is still Israel’s leading M&A partner, with 600 such deals—of U.S. companies acquiring Israeli companies and vice versa—signed between 2010 and 2019. U.K. companies came in second with a little over 100 deals, and Germany made third place with 50. Chinese companies, comparatively, only made 26 such deals during the same period. Despite their interest, Chinese entities are still not buying Israeli companies, Paz said. “Recently, there have also been less delegations. The Chinese became very careful. It has to do with the trade war, and with the fact that many Israeli companies have a presence in the U.S., which could complicate a deal’s approval process.” A relevant example is Israeli chipmaker Mellanox Technologies Ltd.’s acquisition by Nvidia Corporation for $6.9 billion, signed almost a year ago and yet to be approved due to regulatory complications in China.