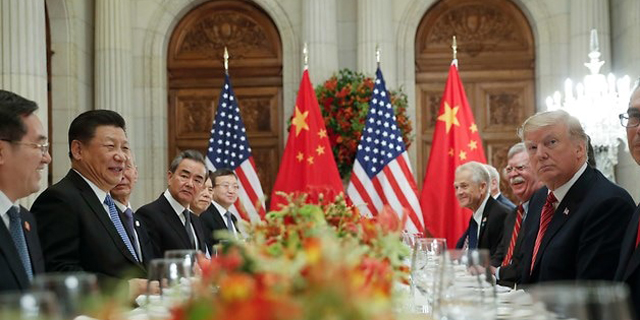 China’s Growth Engine Is Dragging the Global Economy Down

Donald Trump won the 2016 U.S. elections on the weight of his campaign slogan, Make America Great Again, or MAGA for short. Armed with this motto he waged a war on outsourcing, promising to bring manufacturing back to the U.S. and leading to a trade war with China. Until a month ago, it had seemed like he managed to get away with it. Timing, after all, is everything, and recent events are proof that cliches become such because they are frequently true. On January 15, days before the first reports of the coronavirus started to make the rounds, the U.S. and China signed a phase-one trade deal. This was considered a much bigger achievement for Trump than it was for Chinese President Xi Jinping. Trump’s MAGA motto materialized on another front: the markets, which have been climbing uninterrupted since Trump entered the White House in 2016, brought some companies to an unprecedented valuation of a trillion dollars. Who were those companies? U.S.-based Microsoft, Apple, Google, and Amazon—MAGA, for short. 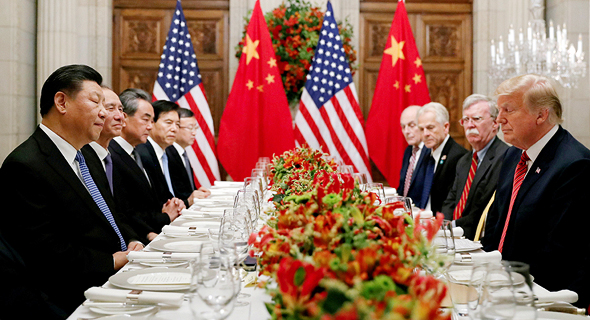 But then came the coronavirus. More than any trade war or slogan, it revealed the simple truth: the world, and especially the U.S., is dependent on a single manufacturing giant called China. Wall Street had tried to ignore the epidemic and focus on the Democratic race, but Apple’s announcement threw even this bastion of the U.S. economy into disarray. The company that personifies the American dream, perhaps more than any other company today, whose stores sometimes draw bigger crowds than renowned museums worldwide, has officially stated its performance in the first quarter of 2020 will be weaker than forecasted, due to the virus. Companies usually reserve this type of announcements for the last two weeks of the quarter, perhaps even to the week or two after it ends, in an attempt to scrape as much money as possible for their bottom line. Thus Apple voiced aloud what over 400 other American companies hinted at over the past week or so: the shutdown of China’s economy is affecting everyone and it will have a dramatic impact on the business performance of the first quarter of 2020. Apple’s announcement is a harbinger of what is to come. There is hardly a company in the world that does not rely, in some way, on the Chinese market. If it does not sell in China, it probably sells to Chinese tourists, who have become ardent consumers of luxury goods; if it does not manufacture in China, then its European or American facilities buy components or parts from the Asian giant; if it does not buy parts in China, then it likely still relies on Chinese goods for some of its raw materials, be it metals or grains. That is what makes China such a lynchpin in the global economy. It is both a dominant manufacturer—and thus has a significant impact on supply—and a consumer. A recent phenomenon that serves to illustrate this dual role is gaming. The more people all over the world, not just in the East, confine themselves to their homes in fear of contagion, the more demand there is for gaming products. Online gaming companies are reporting an increase in users and console manufacturers are also reporting increased demand, which they are unable to meet. Nintendo is reportedly already experiencing shortages in Japan, which are expected to reach the U.S. and Europe in April. The reason? The manufacturing facility is based in Vietnam but one tiny console part is made in China. China is responsible for a quarter of global manufacturing, with a workforce of 700 million people. Currently, according to official data, 760 million people in the country are under some type of quarantine—around half of China’s population. China manufactures everything, from laptops to socks to garlic. Over half of all electronic devices, televisions, and smartphones imported to the U.S. and Europe come from China. Current estimates are that the coronavirus will cause global smartphone manufacturing to shrink by 12% in the first quarter of 2020. That is a five-year low—and the damage may still grow. The U.S. imports over half of its textile, clothing, processed food, and plastic products from China. To Europe, China supplies half of the continent’s batteries, paper products, and chemicals. Wells Fargo & Co. estimated earlier this week that, as of April, U.S. consumers will start seeing empty shelves at stores, even if the spread of the virus slows to a halt in the next few weeks and manufacturing lines resume production. If the manufacturing standstill continues, warehouse stockpiles will empty and all first-world countries will start experiencing a disruption in manufacturing. The automotive industry is also very vulnerable to coronavirus. Not many drive Chinese-made vehicles, but most auto parts are manufactured in the country. Almost every automaker, from Toyota to Volkswagen to General Motors, has a facility in China, some even in Wuhan, ground zero itself. A fifth of all U.S. steering wheels come from China, for example. It should also be noted that even if facilities outside of the Hubei province pick manufacturing back up, many employees traveled to other areas of China prior to the quarantines due to the Chinese new year and may not be able to return. 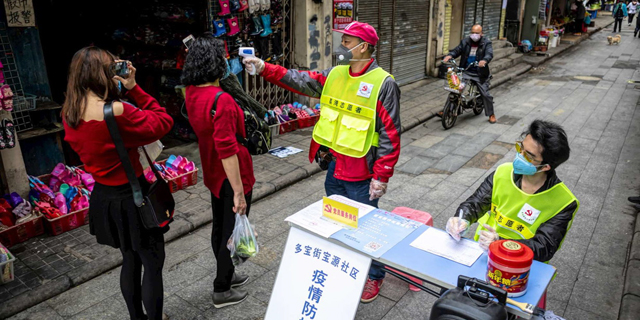 If manufacturing does not keep up with demand, the result will be a hike in prices and that is what is really keeping economists up at night. A drop in global consumption, rising fear of the future, and a trend of diminishing spending—those are the true enemies of an economy. Those are the factors that eventually lead to a global recession. Here, another aspect of China’s global significance comes to light. While not as strong a player when it comes to demand as it is to supply, China is one of the world’s most dominant consumption engines, especially when it comes to luxury goods, be it handbags or diamonds. A report by management consulting firm McKinsey & Co. revealed that in 2017, Chinese consumers were responsible for an 18% market share on average for 24 different product categories worth $10 trillion in total, from electric devices to clothing. In some categories, it is Chinese consumers that are creating growth—in the automotive industry, for example, sales to Chinese customers jumped 50% between 2010 and 2017. They also like Western cosmetic products and clothing—Nike and Adidas each control 20% of the Chinese sports fashion market. Many countries also benefit more directly from Chinese tourism. Affluent Chinese tourists are bolstering economies all over the world, especially in neighboring Japan and China. In 2010, Chinese tourists spent $50 billion overseas, contributing 5% of global tourism expenditure. By 2017, they were responsible for a fifth of the total expenditure of a quarter of a trillion dollars.

If one does not see the big picture, Trump’s trade war with China may have succeeded. But in his battle against globalization, Trump has already lost. Even if global trade showed very limited growth in recent years—Trump is not the only leader following a policy of cutting down on outsourcing—the last month has proven that the world is small and still very dependent on China. Through no intention of their own, the Chinese people paid a heavy price to prove that even if the country’s growth statistics are faked—as some have claimed over the years—it is, indeed, the second-largest global economy. Furthermore, if one is measuring influence, it may have already won the crown.