Eugene Kandel, CEO of nonprofit Start-Up Nation Central, believes that Israel can be a leader of industrial tech, even if the local traditional industry stays behind. Israel has two separate economies, and that is OK, he says

Industry 4.0 is a chance for Israel to finally take an active part in a significant global revolution, according to economist Eugene Kandel. A former chairman of the National Economic Council under Prime Minister Benjamin Netanyahu, Kandel is currently the head of Start-Up Nation Central (SNC), a Tel Aviv-based non-profit organization working to promote Israeli tech. Now, he is striving to facilitate connections between local startups and global traditional industrial companies.

"Israel did not exist during the steam engine revolution and was not yet relevant during the automation revolution, but for this current revolution, we are in the picture," Kandel told Calcalist in a recent interview. In 2015, when Kandel entered his current role, he identified industry 4.0 as a key issue. 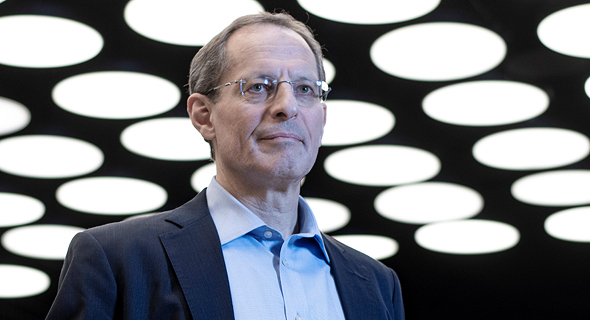 SNC then began mapping multinational industry giants that could have an interest in startups developing software for production optimization, supply chains, predictive maintenance, computer vision, and also industrial cybersecurity, Kandel said. Traditional industrial systems are so hackable right now because they are outdated, he said. Later on, he said, SNC realized that in addition to industrial companies, insurance companies were also interested in these technologies. "They want the factories they insure to have fast recovery technologies and advanced shielding," he said. Data collected by SNC and reviewed by Calcalist shows that the local industry 4.0 sector may not be as prominent as the Israeli cybersecurity, fintech, or digital health sectors, but is nonetheless on the rise. There are 260 active industry 4.0 startups in Israel today, nearly their number in 2014. Funding in the sector has also shot up, reaching $650 million in 2019, including two massive funding rounds of more than $100 million each. In October 2019, warehouse robotics startup Fabric, incorporated as CommonSense Robotics Ltd., closed a $110 million series B funding round. A month later, 3D imaging sensor company Vayyar Imaging Ltd. announced a $109 million round. While industry 4.0 investment was still less than 10% of the total venture capital investment in Israeli tech startups in 2019, the interest in the sector is growing, Kandel said. "The global industry is seeing what Israel is doing in autotech," Kandel said. "Automakers realize that they can look to Israel for solutions to the danger posed to them by companies such as Google, who want to make cars a commodity. The local autotech sector has grown from 40 companies in 2011 to 600 today." The industrial sector, according to Kandel, is similar. While Israel is not a hub for heavy industry and infrastructure companies, the country could become a supplier of industrial technologies. But the challenge is immense, Kandel said, primarily because industrial companies tend to be very conservative, and many operations are based on existing systems that operate with old software and old processors. "Advanced industry is mostly operating based on 25-year-old, pre-Pentium processors," Kandel said. "Many of the companies do not want to touch anything for fear it could break down. But when something happens—a hacking, equipment failure, information theft—recovery is hard, and a factory could be out of commission for a long time." Another outdated practice is performing regular maintenance according to procedures written years ago, Kandel said. "If there are technologies that can predict when things will go out of balance, you can avoid unnecessary shutdowns," he said. The fact that Israel lacks major industrial companies could be detrimental to startups, which can find it harder to characterize pain points. "Entrepreneurs are holding a hammer, and everything seems to them like a nail," Kandel said. "Sometimes, it is not a nail, and then you hear comments like 'the technology is wonderful and elegant, but it solves a problem that does not exist,'" he said. With all of Israel's technological prowess, the country's few industrial companies seem to operate unaffected by the 4.0 revolution. "There are two very different economies here that are almost entirely unconnected, and each needs different human resources, knowledge, and finances," Kandel said. "There is the tech industry pushing the world's payoff curve up, and there is the traditional economy that is far below the curve."

In Israel, the industrial sector is so small that it is not worthwhile to invest in the transition to new technologies, Kandel explained. On the other hand, a German company with $50 billion in revenue can benefit from investment in industrial technologies. Israel's two economies should not be evaluated by how they connect. Kendal said he is bothered by the Israeli economy's growing dependence on the tech sector. "You have to keep your finger on the pulse, especially in areas where the Israeli innovation sector is exporting goods and services, to keep them from declining," he said. "We think there's a lot of money in the system, and that funding rounds are getting bigger, but there is a major problem with late-stage funding." According to Kandel, local tech companies are overwhelmingly dependent on foreign money, particularly from the U.S. Should the U.S. suddenly decide to tax the cross-border activity of institutional investors, he said, it would kill-off half of Israel's tech industry.