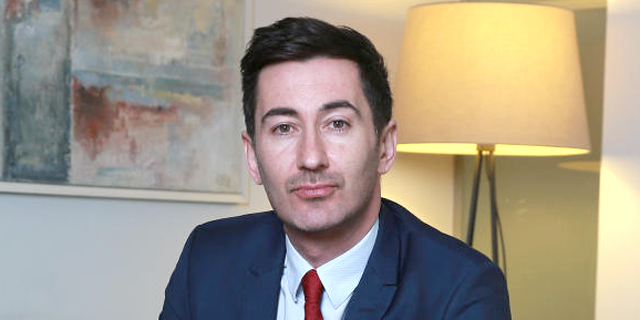 Karen Vartapetov warns that a lengthy political crisis could have a negative impact, especially on the business sector, but is less worried about the long-term strength of Israel’s economy and its budget deficit

A budget policy is always very political because it is supposed to reflect prioritization, especially in democratic countries, according to Karen Vartapetov, sovereign credit analyst and director at Standard and Poor’s (S&P) Global. That is why determining a budget policy in Israel—which is very polarized both politically and socially—is so complicated, he added. In a Monday interview with Calcalist ahead of a Tel Aviv conference held by S&P’s Israeli credit agency Standard & Poor's Maalot Ltd., Vartapetov added that announcing tax raises at the midst of election season is not an easy thing to do but that it is clear all parties are considering it. The continued political crisis Israel is experiencing is not yet a problem due to the country’s strong economic standing, but it does pose a risk, Vartapetov said. Continued political instability will have a negative impact, especially on the business sector, “but we are not there yet,” he said. Some of the budget allocation decisions were not beneficial for growth, he added, but, in a polarized society, budget policy does not always reflect long-term interests and that is not a phenomenon unique to Israel.

Vartapetov also brought up the case of Poland. In 2016, following the election of a new government that weakened the independence of key institutions, S&P unexpectedly cut the country’s rating from A- to BBB+ with a negative outlook. In the past two years, Israel has shown signs of fiscal weakening, but the agency has yet to cut Israel’s rating as S&P believes the country’s macroeconomics are very strong, Vartapetov said, adding that while S&P does take debt levels and the deficit into account, it looks at long-term trends rather than data for a short and specific period. Israel’s under-investment in infrastructure, education, and health could threaten growth forecasts at some point in the future, but they are all solvable even in the mid-term thanks to low interest rates, he said. This will enable the country to invest without significantly hurting its fiscal situation, though those investments will need to be balanced with deficit-reducing steps, he added. The results of the upcoming election are inconsequential, because any chosen government will have to make the unpleasant but necessary decision to both increase income from taxes and reduce government spending to cut the deficit, Vartapetov said. That is S&P’s base scenario, he said, adding that Israel still has some safety cushions before its debt jumps. Vartapetov based his statements on the fact that over the past decade, Israel was the only country to reduce its debt to gross domestic product (GDP) ratio, a very rare achievement for OECD countries. That is what earned Israel its AA- rating. The country will need to experience very prolonged fiscal weakening for it to be considered in its rating, he said. “In fact, only a combination of a large-scope war and a global recession together could lower the rating, and those two events are not forecasted in our scenario,” he said.

Not everything is fine and dandy, though. According to Vartapetov, Israel’s current debt level is high when one considers its unique characteristics and geographical challenges. While the country has done well so far to reduce its debt, he said, at least part of it was due to lucky elements such as the shekel’s appreciation. When will S&P’s patience regarding Israel’s political limbo end? Later than that of Israel’s citizens, it seems. According to the numbers presented by Vartapetov, the budget deficit for 2020-2021 stands at 3.6% of the country’s GDP, but in 2022, it is forecasted to drop sharply to 2.9% of the GDP, and then to 2.8% of the GDP in 2023. If that expected reduction does not happen, or a new government will not be elected, or a government is elected but does not tackle the budget issues—then S&P might reconsider Israel’s credit rating, Vartapetov said.