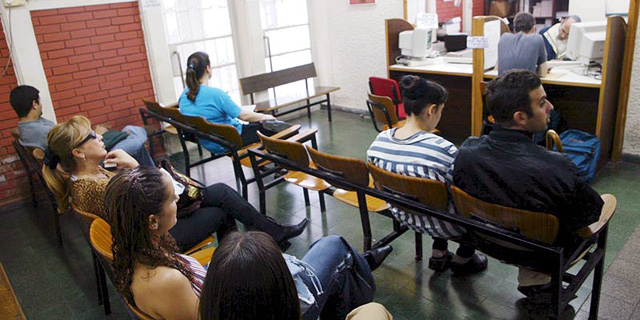 Israel Is Tanking its Economy to Save a Few Hundred People, Finance Ministry Officials Say

Israel will need to reach deep into its pockets following the current coronavirus (Covid-19) crisis, according to Ricardo Hausmann, a professor at the John F. Kennedy School of Government at Harvard University and the former Director of its Center for International Development. The current crisis does not resemble the 2008 financial crisis, he said in a recent interview with Calcalist, but rather the recession that followed the Yom Kippur War, also known as the 1973 Arab–Israeli War, which was “a shock on the demand front.” As the men all enlisted, Israel’s manufacturing collapsed, Hausmann explained, adding that the problem now is also with supply and not demand. That is why a government policy of encouraging demand will not work, he said: “if you encourage demand for theater performances, for example, you won’t have more performances because actors cannot leave their homes.”

He is in favor of transferring any financial support directly to citizens, as part of a policy intended to make the lockdown more tolerable both socially and psychologically. The right policy is to ensure people who cannot work can still eat during the quarantine, he said. That is more important than any strategy intended to bolster the gross domestic product (GDP), which he expects will fall by about 20% on average globally, with some countries seeing their GDP drop by as much as 40%. Israel, however, could benefit from the increased global reliance on advanced technologies that enable export of tech services, he said. The Israeli Ministry of Finance took a stab at estimating the complete damage to Israel’s economic growth, from the deepening of the budget deficit and government debt, to paying unemployment benefits to the hundreds of thousands of Israelis who lost their jobs recently due to the crisis. At the end of last week, the ministry published a table with forecasts based on different scenarios: a partial or a complete lockdown, for a time period of five, eight, or 12 weeks. The first scenario—which is what Israel is currently experiencing—posits that essential services remain open, while the rest operate at 30% of their usual activity. Under this scenario, a partial lockdown of five weeks will create a real drop of 2% in GDP compared to 2019, and thus a recession. The budget deficit will jump to 6.5% of GDP, and the government debt will climb to 68% of GDP. A full lockdown for five weeks, however, will create a negative growth of -6.3%, increasing the deficit to 9.3% of GDP and the debt to almost 74% of GDP. The finance ministry, therefore, estimated that a partial lockdown for five weeks will cause a GDP loss of NIS 70 billion (approximately $19.65 billion), while a full lockdown for the same duration will cause a loss of NIS 130 billion (approximately $36.5 billion), a difference of NIS 60 billion (approximately $16.85 billion), according to one finance ministry official who spoke to Calcalist on condition of anonymity. If the lockdown continues for eight weeks, the difference between a partial and full lockdown would increase to NIS 84 billion (approximately $23.59 billion). After the Yom Kippur War, Israel’s economy grew by 4.9%, bolstered by the growth in government expenditure. Growth in the private business sector, however, fell to an all-time low of only 1.6%, compared to 13% in 1972 and 14% in 1971. This means forecasts of the damage to the GDP Israel will experience do not accurately reflect the economic disaster that is currently hitting the private sector. Furthermore, conversations with finance ministry officials reveal that the table is no longer accurate—updated numbers now mean that a partial five-week lockdown would cause the deficit to jump to 8.7% of GDP, and the debt to 70.2% of GDP. A full five-week lockdown would see the deficit rise to 9% and the debt to 71%. But there is one important point these officials wish to stress: until now, no one has discussed where the money for all the government support plans will come from. That means all the plans were outlined in such a way that Israel’s interim government will ask to increase the deficit and debt limitations, and the money needed will be raised via government bonds—without budget cuts or budget prioritization. During inner-ministerial discussions, though, it turns out things have been changing. On Thursday, Uruguay President Luis Lacalle announced a 20% cut in the wages of public officials, including himself and his ministers, to finance the country’s coronavirus fund established for the healthcare system’s needs. The finance ministry is of the opinion that the government must find inner-budget sources for its economic relief funds, as the public sector cannot remain untouched while the private sector crashes and burns. “Otherwise, people will burn down the ministry,” one official said. During the 2002-2003 crisis, for example, when the damage to the GDP was half of the current estimates, the wages of senior executives in the public sector were cut by 15%, while the rest of the public sector experienced a 4% cut. The officials estimate that at the end the support funds will be financed via both avenues—inner cuts, but also an increase in the government deficit and debt. Some graphs can explain economic phenomenons in a glance. For Hausmann, that graph is the one made by Richard Baldwin, a professor of international economics at the Graduate Institute in Geneva, that combines the number of Covid-19 cases with economic recession. According to the graph, the lower the number of infected and dead, the higher the unemployment and the deeper the recession. With coronavirus, health and economy are inverse: the tighter the lockdown, the less cases and the better the healthcare system fares, but at the same time, the damage to GDP and the number of people out of work rises.

Never in the history of humanity has the decision been made to completely destroy the economy in order to prevent the possible death of a relatively limited number of people, a former finance ministry senior executive told Calcalist on condition of anonymity. “In such a situation, Israel’s government could quickly go bankrupt. Just as the prime minister can send an army to war knowing many will die, decisions need to be made bravely—and with a certain amount of cynicism,” the former official said. He is likely far from the only current or former policy maker to think so. The Ministry of Health, of course, is against this approach. The higher the infection rate, the more burden on the healthcare system, and the less available ventilators. Too many serious cases at the same time could overwhelm the domestic healthcare system beyond capacity, leading to alarmingly high mortality numbers, as already seen in Italy and Spain.