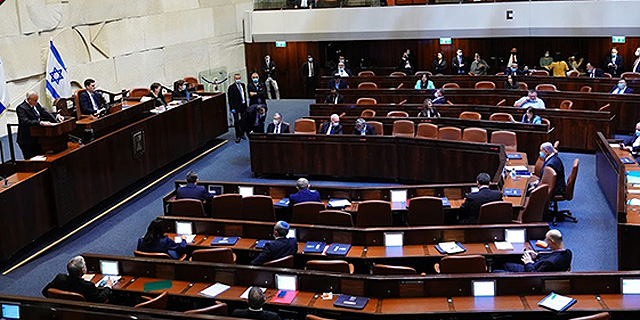 Israeli lawmakers voted in favor of a new law on Wednesday authorizing the Israel Security Agency (Shin Bet) to track cellular network data of citizens as part of the state’s efforts to contain the spread of Covid-19. Wednesday also saw the country’s highest ever number of new daily cases topping 800 confirmed infections. Of the parliament’s 120 members, 53 voted in favor of the government-backed bill and 38 against. The bill permitting the Shin Bet to monitor people’s locations based on their cellular footprints was rushed through a deliberation process amid the surge in cases and the government’s failure to construct an effective national epidemiological surveying operation and testing mechanism to sever the contagion chain without calling on the national security agency.

The law states that the government is permitted to enlist the Shin Bet to assist in epidemiological investigations if it falls under one of the following conditions: individual cases in which the survey cannot be completed using other measures, cases in which the number of new identifiable carriers climbs above 200, or any other “unusual circumstances.”

Opposition members and civil rights and privacy advocates slammed the new law, saying it was unnecessary and infringed too heavily on privacy. They also warned of a slippery slope in which, despite the restrictions in the regulations, the agency would use the opportunity for other, non-health-related purposes. The Health Ministry reported Wednesday evening that the total number of cases in Israel stood at 26,257 up by 868 people since the previous day. The total number of dead from the virus stands at 322.