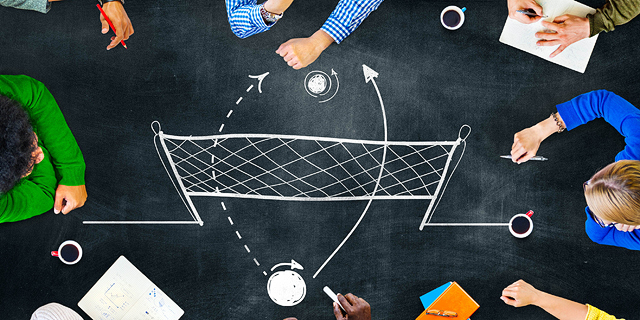 A company’s first days often determine its core characteristics: business decisions, choosing its technological architecture, selecting its leadership teams, and investors. All these are just part of the actions that significantly chart the company’s future course. At the same time, the early days also set up, not always even consciously, the equally critical organizational culture and values. During our first week at Piggy, once the four employees we hired concluded their prior commitments and officially joined my partner Ilan and me, we began marathon, full-day discussions using a method called “Design Sprint.” It is a method that was invented by the people at Google Ventures. It is well documented and contains precise guidelines and detailed protocols. Its goal is to enable a small team to reach an important operative decision regarding product building. Our six team members all convened for a lengthy video conference and attempted to jointly reach vital decisions about our company’s product focus. 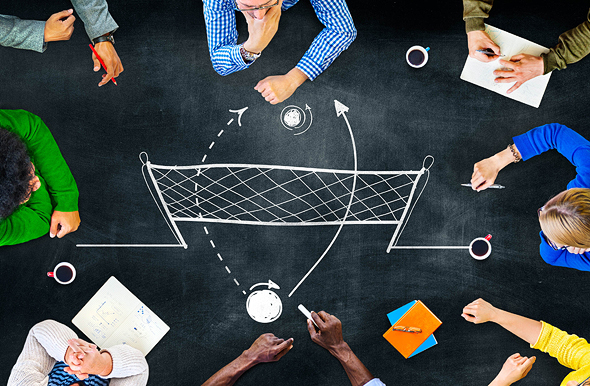 The activity was a wonderful way to begin our teamwork, get to know each other through joint discussion, confront the core issues of our vision and operative plans, and learn about the challenges and opportunities that stand before us. At the conclusion of the week, we came out with a detailed development action plan for the upcoming weeks, which also had a significant impact on our business model and marketing strategy. During one of our discussions, we analyzed the user experience foundations of popular social media apps like Instagram and Tik Tok. Though the app we’re planning is not meant to resemble them, but since they are geared toward the same target audience of young people, it was important for us to get to know them well. In our analysis, we identified several user behavior patterns that the apps’ designers encouraged with their product decisions. Our dissection highlighted a handful of product and UX designs that helped explain those apps’ success. After identifying the logic and reasoning behind those products, we began fantasizing about implementing the same methods in our product too, so as to elicit the same emotions and motivations for users to use Piggy and make it a hit. As a caveat, I realize that these insights won’t guarantee that we are able to make an app that is as popular, but we felt that our observations were groundbreaking and once we defined them and put them in words, they managed to produce the enthusiasm and energy that anyone who was once on the founding team of a company is familiar with. We were able, despite the social distancing rules and the computer screens that separated us, to produce a sense of electricity in the air. However, alongside the enthusiasm, a different feeling began to gnaw on us. The thought that our ideas could make people become addicted to using our app sparked our imaginations about its potential popularity, but at the same time, the sour feeling crept in that if we will be successful, we may be wronging our users. It is not a legal question, by any means, but rather one of values - does the desire to succeed justify the means of getting there?

Public criticism over social media’s addictive qualities that impact hundreds of millions of people around the world has recently gained traction, particularly due to the successful Netflix documentary ‘The Social Dilemma.’ Personally, I agree with the criticism full-heartedly and have spoken out about it in several media appearances. The idea of adopting what we viewed as problematic practices was unacceptable to us and we unanimously agreed not to pursue that path. It was a brief discussion and it seemed like everyone was in agreement, but still felt a twinge of regret after the path to success seemed so clearly in our sights. The conversation continued and gradually led to important conclusions, but we will all in retrospect, remember that day as one in which we reached essential decisions about our product and strategic focus, but also as one in which we designed a fundamental part of our organization’s future resilience. Startups strive to succeed. In fact, with statistics finding that 90% of them shut down within two years, the ambition is to beat the odds and create something huge out of nothing. Even though our investors are nice and supportive and the team members we recruited are committed and enthusiastic, for a moment I don’t forget about the magnitude of the challenge that stands before us: succeeding within a short time and with relatively limited resources to produce a monster that can grow to huge proportions. It is challenging and stressful and forces us to be creative and find nearly-miraculous solutions to overcome the obstacles in our way. But at this time, it is vital that we remind ourselves that success is not the only goal and that though we really want to succeed, we have to get there in a manner that we are content with and can be proud of. Shortcuts that compromise our personal values can be enticing since they mark a clearer and surer path to success. Moreover, when other companies around us don’t hesitate to use such practices, the competition can be daunting, and sometimes it seems as if the only way to succeed is by following suit and compromising our values so as not to let them open insurmountable gaps. That is the precise point that you, as the founder, and as company team members, need to decide what’s really important for you and how far you are willing to concede your values in order to succeed. It’s a complex question. It is difficult to draw a clear red line between reasonable compromise and losing your way. Throughout my career, I had a few chances to sin, promising clients things I wasn’t sure I could deliver on, boasting of or hinting at achievements that were grander than they actually were, or providing future investors with detailed reports about our successes while omitting the areas that we weren’t doing as well. But in my opinion, there is a big difference between occasionally stretching the truth and attempting to polish up reality and creating value for your company at the expense of your users or employing methods that are fundamentally wrong. That is where you are tested -- you either build an organization that is self-aware and committed to values you uphold or fall to the temptation of taking shortcuts that may put the company on the path to glory but risk that success will take you further away from what you truly believe in.

I am very happy and very proud that the team at Piggy decided to choose the first option.