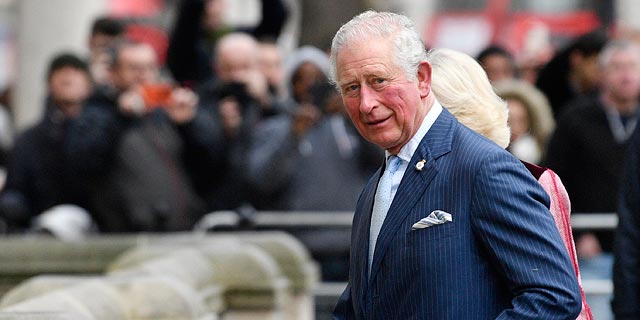 HRH The Prince of Wales donates to Israel’s Peres Center

Prince Charles attended the funeral of former President Shimon Peres in 2016, commenting on the efforts Peres made for peace.

Israel’s Peres Center for Peace of Innovation has received a private donation from His Royal Highness The Prince of Wales.

Prince Charles, who is first in line to the throne, visited Israel in January 2020 for his first official visit following an invitation from Israeli President Reuven Rivlin. While here, he attended the World Holocaust Forum which marked the 75th anniversary of the liberation of Auschwitz-Birkenau.

His Royal Highness The Prince of Wales. Photo: API

“It is a great honor to be the first Israeli non-profit to receive support from a member of the Royal Family,” said Chairman of the Peres Center for Peace and Innovation, Chemi Peres. “His Royal Highness The Prince of Wales’ generosity will help ensure that the Peres Center for Peace and Innovation continues Shimon Peres’ legacy of building a better future for all people. Especially in the midst of a global pandemic, it is important to reach beyond borders for the sake of a better tomorrow. I thank His Royal Highness for joining hands with us.”

Prince Charles attended the funeral of former President Shimon Peres in 2016, commenting on the efforts Peres made for peace. In 2018, The Duke of Cambridge, Prince William, met with staff from the Peres Centre and Jewish and Arab Children at the Centre’s Sport in the Service of Peace programs during his first official visit to Israel.

British Ambassador to Israel, Neil Wigan, has commented that the private donation “demonstrates the impact of those visits and the importance of the relationship between Israel and the UK.”

Prince Charles recently released a statement on the passing on of former UK Chief Rabbi Jonathan Sacks, calling him “a leader whose wisdom, scholarship and humanity were without equal.” The Peres Center for Peace and Innovation was established in 1996 by former Israeli President Shimon Peres to develop and implement programs that promote peace and innovation for Israel. It hopes to pave the way for peaceful shared-living between all of Israel’s citizens and between Israel and its neighbors.