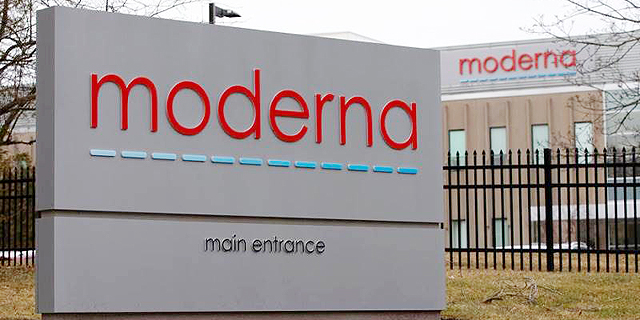 40 years on, we can thank the Bayh Dole Act for enabling Covid-19 vaccines

The law effectively allows universities, small business, and non-profits to claim the ownership of patented inventions developed with US Federal research dollars

Glowingly referred to as the most inspired piece of legislation -- some say Israeli inspired -- the Bayh Dole Act will turn 40 next month on December 12. The law was serendipitously enacted in the waning days of a lame duck, widely disliked, single term president, Jimmy Carter.

Arguably responsible for the biotechnology revolution and hundreds of drugs developed in the United States, the law effectively allows universities, small business, and non-profits to claim the ownership of patented inventions developed with US Federal research dollars. Many jurisdictions around the world have attempted similar legislation, albeit with less spectacular results.

Bayh Dole works because it allows companies like Moderna and the academic institutions that help develop the underlying technologies. Photo: AFP

The bipartisan effort by the late Democratic senator Birch Bayh and Republican senator, former presidential candidate, and current nonagenarian Bob Dole, sought to create a uniform rule. In particular, the Act made the assignment of ownership of university innovation straightforward, especially considering the lack of licensing of university innovation up until that point. This failure to launch innovation was particularly demoralizing as the post-World War II period was one of substantial government funding of academic research. Notwithstanding the trillions of dollars and millions of jobs that the legislation has reportedly infused into the world-wide economy, or the nearly fifth of all FDA approved drugs, or, that reportedly three new startups and two new products are launched daily that result from Bayh Dole, many still find fault in the fact that we seem to pay twice for new drugs that originate in taxpayer-funded labs: Initially to fund the academic research, and subsequently for the final drug that was licensed to the pharmaceutical company to produce. Further, some find it unfair that academic inventors and their institutions gain the full benefit of their sometimes-lucrative licenses that result from publicly funded research. Moreover, while many are enamored with the purported bounty resulting from technology transfer from academia to industry and the increased research it funds, there are numerous downsides, including the delusional craving by numerous university administrators to seek out the next blockbuster innovation in their own laboratories, at a great financial expense to their respective institutions. Others suggest that the Act is no longer required to bring academic products to the market. Accordingly, true paradigm-shifting innovation would find other paths to commercialization without the need to pay a toll to universities and their faculty or promote sometimes abusive licensing tactics. Even in the recent Democratic Party primaries, the failed Bernie Sanders campaign pointed to the fact that the Canadian researchers who discovered and isolated Insulin as a treatment for Diabetes, Fredrick Banting, Bertram Collip and Charles Best, sold their patent to the University of Toronto for one dollar each, eschewing their opportunity to profit off of government-funded research.

Progressives suggesting that this makes Banting and Best altruistic paradigmatic researchers to be emulated ignore the more likely scenario that researchers in the 1920s simply saw no academic value in patents –if not felt outright disdain for the commercialization of science-- unlike researchers of today. They also neglect to account for the sky-high 5% royalty that the University of Toronto charged all its licensees for the subsequent right to make insulin.

Additionally, while it is true that much of the current innovation in the pharmaceutical private sector can find its genesis in publicly funded research, a number of studies have shown that Big Pharma spends approximately 100 dollars on subsequent research and development of the drug for every dollar spent by the government for the initial patented discovery. There are also various safeguards that were built into the Bayh Dole Act to prevent abuse. Most prominently are so-called march-in-rights that allow the government to enforce licensing of the patented technology when there is inexcusable failure to commercialize a vital innovation.The government also has an automatically nonexclusive paid-up license to the technology if funded innovations become patented. Granted, the process to actuate both the paid-up license and the march-in rights are complex and complicated, and it is unclear if and how the government would practically employ either tool. Additionally, the tools are also not as broad as some make them out to be. Historically, while there has been some academic chatter as to whether the government can rectify presumed unfair pricing under Bayh Dole, the National Institutes of Health and other US government granting agencies have determined that corrective pricing is not within the scope of those rights. Bayh and Dole have also indicated as much: "Bayh-Dole did not intend that government set prices on resulting products. The law makes no reference (and t)his omission was intentional." There have been at least 12 official requests by third parties for government intervention in perceived inadequate licensing of publicly funded research; all have been denied. Most recently several state attorneys general claimed that that potential Coronavirus drug Remdesivir will have supply chain problems and should be licensed more broadly under the powers granted by Bayh Dole. The attorneys general also made a much more tenuous argument relating to the drug producer Gilead Science's expensive pricing of the drug; the drug was developed in part with US government funding at the University of Alabama at Birmingham.

Over-zealous efforts to apply march-in-rights notwithstanding, there are legitimate concerns with the abuse of the Act. Universities will sometimes exercise their rights granted under Bayh Dole in arguably anti-competitive practices in contrast to the commercialization focus of the Act. In some instances, universities have sued companies that infringe their patents. Although suing those infringers that are fulfilling the goal of Bayh Dole, commercializing the technology is justifiable, it is a bit counterintuitive.

The recently announced success of the mRNA Covid-19 vaccine by Moderna also benefited substantially from Bayh Dole, which allowed it to patent and hopefully successfully commercialize a drug that resulted from significant funding from US government funds emanating from the Biomedical Advanced Research and Development Authority (BARDA) and Defense Advanced Research Projects Agency (DARPA).

Various watchdog groups have claimed that Moderna has failed to comply with the obligations of Bayh Dole, including noting in the patents that the research received government funding. Hopefully these issues can be easily remedied at the patent office. To some degree, Moderna has circumvented some of the public relations concerns that might arise as a result of its expensive publicly funded vaccine by announcing that like Tesla before it, and likely for similar market economic reasons, it will not enforce its license against competitors. But while Moderna dodges PR bullets, it is vital to recognize that Bayh Dole works because it allows companies like Moderna and the academic institutions that help develop the underlying technologies, to be confident in their government-granted rights to monetize the technology that they ultimately spend billions to commercialize. Keep in mind, that unlike the Warp Speed vaccine development program, most biopharmaceuticals take years to develop, relying on the profitable light at the end of the tunnel to drive that necessary investment. The potential threat of Bayh-dole lawsuits by those who seek to limit the profit-seeking impulses that drive most of the biopharmaceutical economy will only end up harming future innovation and are against the intent of that clearly inspired law. Prof. Dov Greenbaum is the director of the Zvi Meitar Institute for Legal Implications of Emerging Technologies at the Harry Radzyner Law School, at IDC Herzliya