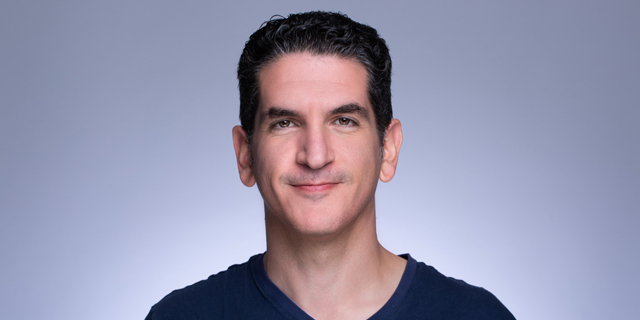 Another Israeli Fintech company is on its way to Wall Street via SPAC. Calcalist has learned that data-based credit startup Fundbox Inc. is in negotiations to merge with a SPAC to raise $300 million at a $1.5 billion valuation. Founded in 2013 by Eyal Shinar, who until six months ago served as its CEO, Fundbox offers credit solutions to small and medium-sized businesses. Since Shinar switched to the role of chairman, the CEO position has been filled by Prashant Fuloria. Fundbox has a development center in Tel Aviv and large offices in San Francisco and Dallas and it employs a total of 230 people.

According to the company, “the past year has been a test for businesses all over the world. Fundbox was able to strengthen its status and position itself well in 2021. We remain focused on building the most dominant technology platform to empower small businesses and do not address rumors and speculations.” If the deal does get signed, Fundbox will be the latest in a series of Israeli companies slated to enter the American stock exchanges via a shelf company. A partial list includes Pioneer, Ree, Taboola, Innoviz, and Otonomo. Fundbox developed a platform that enables small and medium enterprises to quickly receive credit lines based on future invoices, with the approval process being carried out by artificial intelligence tools. The solution is meant to enable businesses to better handle cash flow issues and neutralize the effects of delays caused by delayed payments. The company has a network of 300 businesses in the U.S., that receive loans ranging from $10,000 to $100,000.

The company is estimated to have loaned out an accumulated $2 billion. Its business model is founded on rapid processing and risk assessment of the applying enterprise in order to bypass the relatively slower banks and in return receive a clearing fee ranging from 2%-4%. The difference in speed is significant, with Fundbox taking a minute or two, compared to weeks in the case of a bank. Fundbox has raised a total of $453.5 million to date. In its last financing round, which was completed in May 2020, it was valued at close to a billion dollars. Fundbox was able to raise $200 million in a round led by MUFG Innovation Partners Co., Ltd., the corporate venture capital arm of Mitsubishi UFJ Financial Group (MUFG), Japan's largest financial group and the world's fourth-largest bank holding company. The company’s existing backers include German insurance giant Allianz and venture capital funds Khosla Ventures, Spark Capital Growth, and Hamilton Lane. Fundbox, which experienced a growth spurt since the outbreak of the Covid-19 pandemic, began eying an IPO roughly a year ago when it first appointed a CFO. In his welcoming interview with Forbes, the incoming CFO Marten Abrahamsen said he was selected because the company planned to go public at some stage. It is important for Fundbox to be publicly traded in order to take on its competitors, including PayPal and Visa. Despite the slowdown experienced by SMBs this past year, Fundbox received a boost in the U.S. market having been approved as one of the lenders to transfer government aid money to the business sector. Under the auspices of the program, Fundbox mediated half a billion dollars in loans.