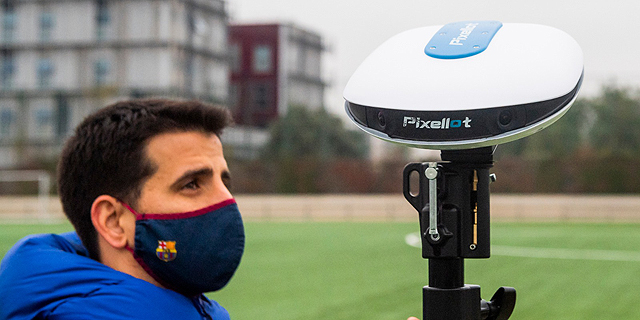 AI-Automated sports production provider Pixellot announced on Thursday the launch of Pixellot Air, an automated recording and video analysis camera specifically designed to serve grassroots and academies markets. The coaching features of Pixellot Air were developed with the guidance of FC Barcelona in partnership with Barça Innovation Hub, presented during World Football Summit Live in late November of last year.

The device has a dual-camera array and direct cloud uploading functionality means that up to 12 hours of play can be recorded and instantly uploaded without the need for a camera operator, electricity, or even internet connection. After the games, which can take place on any court or pitch, the video is automatically produced available for coding, tagging, and annotating on a coaching platform. Its integration with VidSwap means that coaches can see in-depth analytics and game breakdowns to help their teams gain a competitive advantage. 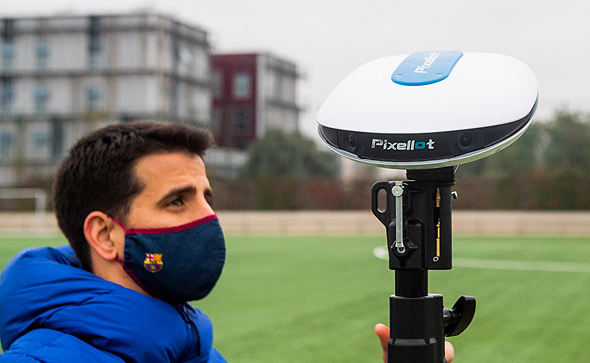 "AIR will bring a revolution to grassroots sports and academies. Imagine, an affordable, portable, easy-to-use device that will not only produce a game or practice automatically, it will also provide all the highlights, statistics, and breakdowns of each play," said Pixellot CEO Alon Werber. "Now, any coach can review data, heat maps, and share video clips, just like professional teams. In addition, players and fans will also be able to view games and create and share highlights." Pixellot Air uses Pixellot’s technology which is currently in use at more than 15,000 venues and fields. FC Barcelona helped develop the features seen in the coaching tools, in cooperation with Barça Innovation Hub. According to Imanol Eguskiza, its innovation manager, FC Barcelona produces more than 130 terabytes of video generated by Pixellot each season.

“We have been starting to use the Pixellot Air with our Club Academy in Barcelona and in our grassroots teams. They provided us with some test units and we helped them develop the solution by assessing and suggesting needed functionalities for our academy teams," he added.

Pixellot was founded in 2013 by Gal Oz and Miky Tamir and has raised more than $82 million, according to Crunchbase. Its systems are currently used by broadcasters, production companies, clubs, and universities around the world, as well as 15,000 courts. Barça Innovation Hub is a Spanish Innovation Hub and divided into three pillars: scientific research, innovation and collaborations with startups, and the dissemination of knowledge.