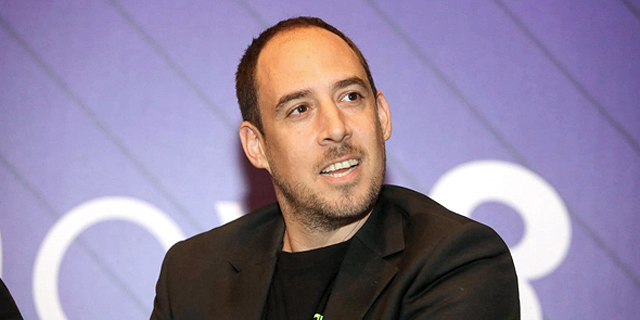 Instead of isolating people, the state should have used the time to upskill them, says CEO of tech training company Elevation

There’s no doubt about it, the Israeli tech sector is in a deep hole when it comes to human capital. Israeli tech companies have done incredibly well in terms of business growth and securing funding, even while the world has been experiencing the greatest disruption in recent times due to the Covid-19 pandemic, but their continued success and their ability to pull the entire Israeli economy out of the crisis is hampered by a dire shortage of personnel. The tech sector did experience a period of uncertainty at the start of the coronavirus breakdown, which saw a round of layoffs and thousands of workers who were sent on unpaid leaves, but it bounced back very quickly. Companies in the industry were generally able to rapidly adjust to the work-from-home model and many leveraged the accelerated rate of digital transformation to grow and prosper. Now, a year into the pandemic and while the general workforce is still suffering from mass unemployment, tech companies find themselves desperate for new talent, with none to be found.

Some tech companies resorted to billboard campaigns campaigns in their search for employees. Photo: Rapyd:

A recent State Comptroller report warned that “A chronic shortage of skilled employees in the Israeli tech sector poses a strategic threat to the country’s high-tech industry and to the Israeli economy as a whole.” And it’s important to note that the report was based on 2019 figures, which saw a deficiency of 18,500 employees, a figure that is even higher today. Tech companies, various industry associations, and government agencies are pulling out all the stops, from aggressive and creative recruiting and employee branding campaigns to massive lobbying efforts for education reform, to out-of-the-box initiatives, like the one aiming to bring Israeli techies that relocated abroad back home. But with all of this activity taking place, it seems that the decision-makers have been missing out on a readily available solution that could solve both under-employment in the general workforce and dire shortages in the tech sector — vocational training. “The State Comptroller’s recent report did not come as a surprise to any of the Israeli companies - not to the senior management or team leaders, and surely it did not surprise the talent acquisition teams,” Avi Snir, the founder and CEO of Tel Aviv-based corporate training company Elevation told CTech. “As the market leader in corporate training, specifically in building internal capability academies, we face and overcome these skills gaps and employee shortages on a daily basis. Future facing companies have initiated "train to hire" programs or internal mobility reskill programs with us, but without the government’s support, these local initiatives have a limited impact potential. We don’t need another report to read the map, we need an actionable policy.”

Snir said that over the course of the past year, he has repeatedly sat opposite Cabinet ministers and director-generals of government ministries pleading with them to view this period, not as a crisis, but as an opportunity. “We urged them to see this as a chance to shine, to build an employability skill ladder and upskill everyone in the country who needs it, at the very least to condition eligibility for furlough payments on participation in vocational training,” he said, calling it an opportunity for a “socioeconomic vaccine.” “Instead people were told that they are non-essential workers and sent home.” “I was called into meetings, sometimes in the middle of the night at the Prime Minister’s Office, with the most senior people in the ministries of finance and economy. Everywhere, I saw people in lower levels, the ‘clerks’ as they are often dismissively called, who absolutely get it. They are aware of the problems and what needs to be done, but above them is the echelon of politicians who are far more cynical and, unfortunately at times like this with elections taking place, put the brakes on nearly any practical solutions,” Snir recalled, barely hiding his frustration. At the moment, Snir said, “it is not even unauthorized to conduct government-backed employee training in an online format.” 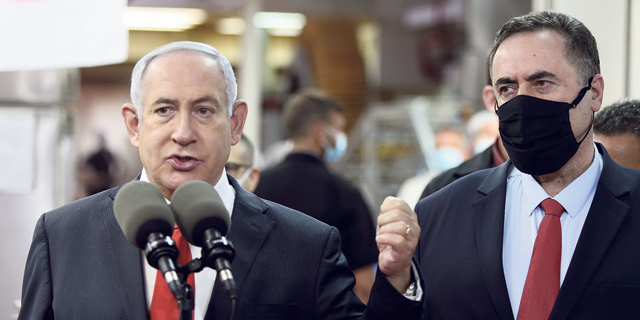 But while he may be infuriated when it comes to the government, Snir said Elevation has found great partners in the private market. Founded in 2014, Elevation has established itself as a major innovator and leader in professional corporate training, with its end-to-end re- and up-skilling solution in the form of internal capabilities academies. “We recognized pretty early on that Learning and Development in the enterprise world was changing from something that is ‘nice to have’ to a real strategic necessity, particularly when it comes to tech skills. We also recognized that it had to be data-driven, with the ability to measure the return on investment,” Snir said. Counting companies like Google, EY, Wix, Facebook, Tasc, Ness, and Novartis among its clients, Elevation has already trained more than 5,000 employees in Israel and in Germany, through client-tailored programs, mostly for positions that are data-orientated and mostly through internal capabilities academies.

“We are obsessed with being customer orientated,” Snir said, explaining that every program is thoroughly designed to meet the clients’ specific set of needs. “We have gotten very good at it and can now create an academy on demand within 30 days, which includes building a sustainable and scalable training concept that meets the company’s KPIs, designing an effective training methodology, and recruiting and screening participants to divide them into groups according to training level and intensity.” Snir said that Elevation’s academies operate on a hybrid model that blends hands-on instruction, remote learning, and independent study, with practical components that solve real-life problems. The instructors are all highly vetted industry leaders in their field that also offer mentoring to make sure that the skills are adopted. At the end of the process, the client companies are given a detailed report that maps and visualizes the program’s impact. In some cases, Snir added, the companies issue a certificate to their employees who graduate to add to their resume and prove their industry-based credentials. 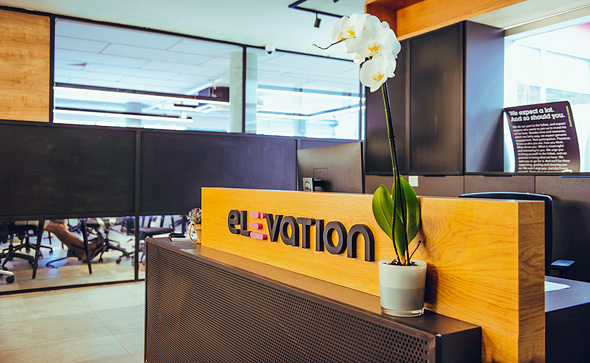 One project that Snir is especially proud of was a result of a recent collaboration with Google Israel, with support from Wix, Keren-Shemesh, a non-profit organization that supports and mentors entrepreneurs from Israel’s socio-economic periphery and several other organizations to offer free training for small business owners on how to increase revenues from e-commerce activities during the pandemic. The Google-sponsored program, dubbed Shopping.il Academy, offered registered users the chance to receive personal interactive online training in small groups on how to improve their online business returns, by imparting knowledge in how to build an online store and develop an online presence for those who have yet to open one and how to carry out effective branding and marketing for those who do. “So far 200 small and medium enterprises have undergone the training and the success rate has been fantastic. More than 90% of the participants have gone on to build an online store and 85% say they have increased their revenues as a result,” Snir said. “Seeing the project’s success Google International pledged a further commitment of $500,000 to Google Israel and Elevation to fund training 500 more businesses over the coming year.” Examples such as this, which was philanthropic in nature, only serve to bolster Snir’s appreciation of enterprises' growing role in education. “I am a firm believer in university studies. I think academia is very important, but I think it has very little to do with the job market. I think universities are good for research purposes but are barely relevant for employment purposes. There’s no question about it, the goals are misaligned. I can tell you from experience, that many of the programs we develop and run are meant for university graduates, even those with degrees in computer sciences from leading institutes, are effectively boot camps, so that new recruits learn the practical things they need to know to start working tomorrow morning.” Snir said that his company’s capabilities in detecting skill gaps, analyzing what capabilities the workforce of the future will require and training people to meet those demands, capabilities honed through working directly with employers, can be easily scaled and transferred to the national level. “I have sat opposite government officials and shown them the data, shown them what other countries, like Germany or the U.K. are doing to padres these issues, broken down how it can be done in Israel to elevate, instead of isolate the population. I found a receptive ear and an open mind among the rank and file, but as long as politicians keep focusing on things like the upcoming elections and budget considerations, nothing will budge. Yes, the tech industry is growing in spite of government actions, but as the engine of the Israeli economy, it’s time that it will also grow due to governmental actions,” he concluded.