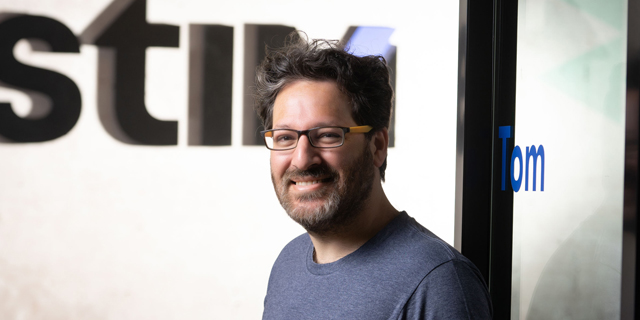 “Get out of your comfort zone and go for it”

Imagine you are sitting on a winning lottery ticket worth millions without knowing. Imagine, you decide to give up that ticket not knowing its future worth in exchange for a fraction of the sum. Now imagine you take a small capital and you invest it in yourself and your abilities hoping to make millions you gave up. Is it an easy decision to make? Probably not. Was it the right decision to make? For Oren Rubin, it sure seems that way.

The CEO and founder of Testim was working at Wix in the company’s early days before it became the giant it is today. “At Wix, I was one of the first employees on the website. Wix started a Flash thing and we needed to move to a new technology and they asked me to join and I was one of the first who came and I was focused of course only on the implementation side,” Rubin said. However, he did not stay there for long. “If you want to do something, go for it. I think that as good as Wix was, you have to get out of your comfort zone and try to do something.” Rubin sold his options in Wix for a little less than $150,000 and carved his own path, which led him to found Testim that offers a test automation app for developers. “Every company wants to move faster, release faster,” Rubin said in a video conversation from his home in San Francisco. “In order to do that they have to be more agile. So they change everything in their methodology to release shorter, smaller features. But there was one thing that everyone had a problem with which was the testing part. When you release features five times a day you still need to make sure your application works flawlessly, and that is hard. Testing manually does not cut it anymore, so you have to automate, you have to be super fast, but everything has to work, and that is what Testim does.” Rubin founded Testim in 2014, so far raising $18 million in three different rounds, with the company employing about 65 people. And while the company already has big-name clients such as Facebook, Microsoft, and Salesforce, Rubin already has his sights set on future technological goals. “We have this autonomous testing concept, which we are working very hard to get to, and that is what our research team works on. In the meantime, we are not just sitting in the lab. We are providing a service that the customer can already use and help him a lot. So we are helping a lot of customers with their needs, but on the other hand, we are far from resting on our laurels.” “The dream of every developer is to have autonomous testing, everything will be tested for them automatically and they need to spend minimal time on their testing. It is something that takes a lot of time, it is a bottleneck and it is something developers hate to do. Nobody wants to do that, you do not even want to take your car to do a test. So we want to minimize that time,” he said. During the time between leaving Wix and founding Testim, Rubin was the first employee at Applitools, a company, which was recently acquired by Thoma Bravo for $250 million, and developed an AI-based visual testing and monitoring platform. “At Applitools I did more than just coding. There were new aspects of the product and I got acquainted with meeting our customers.” Rubin referred to his time at Applitools as a great learning period, helping him to go on his own venture, and to find his place in the current ecosystem. “The change in the Israeli industry is that we are becoming better at the business part,” He pointed. “You see more companies that instead of being ‘ok we will build a great product and technology and then someone will acquire us and will build a unicorn,’ they are saying ‘ok wait a second, there are these other parts, but we are getting better at that as well, not just technology’.”

When asked if he thinks his path to founding Testim in 2014 could be duplicated in 2021’s market, Rubin was resolved. “The salaries now are crazy, but I think the answer is yes,” he said. “​​I think there is even a bigger chance now. It is going to be easier to find the people that enjoy their profits and can say ‘you know what, I do not need the salary for the next year, I will take minimum wage but I'll be with you on this journey building a new company.’ The first two people I worked with on Testim were from Wix and were ok with joining the ride.” “All those companies you mentioned,all those IPOs and SPACs, their employees now have a little wealth and they can decide they want to do something else and can make that change that shift and they are much more ok now to go and work for something they believe in.”