Tech giant Google is expected to officially announce today the launch of its subsea cable project that will connect Asia and Europe through Israel, Calcalist has learned. The project was first revealed in the Wall Street Journal last November, but to date hadn't been officially confirmed by Google. The project will see Google Cloud collaborate with Sparkle, a Telecom Italia company, together with other partners. The project’s budget was estimated at $400 million by Dubai-based Salience Consulting. The project includes the laying of two subsea cables. The first, named Blue, will connect Italy, France, Greece, and Israel, with the second, named Raman, after India's Chandrasekhara Venkata Raman, who won the Nobel Prize for physics in 1930, to connect between Jordan, Saudi Arabia, Djibouti, Oman, and India. The two cables will be connected on land in Israel, with Blue to enter Israel off the Tel Aviv coast and Raman to start from the Israel-Jordan border near the southern city of Eilat. 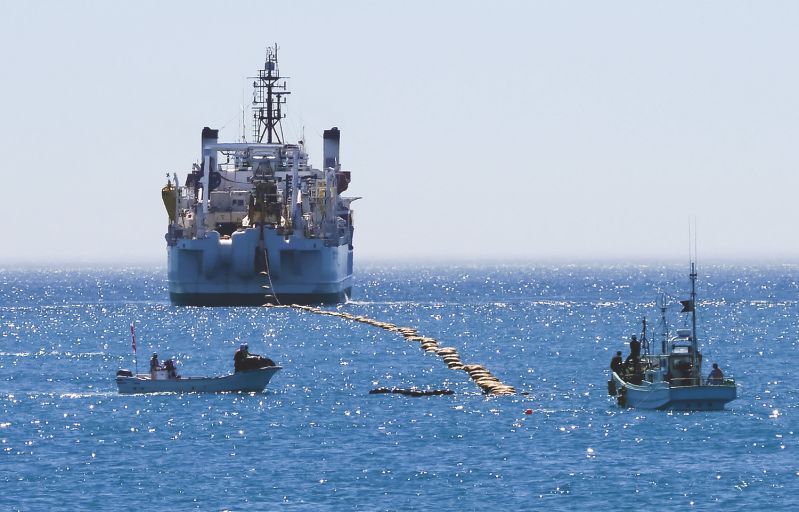 Both cable systems will include 16 fiberoptic pairs and are set to become operational in 2024. According to estimates, there are around 600 communication cables currently spread throughout the world, connecting countries and continents with the goal of driving internet traffic, some of them subsea and some on land. The laying of Google's new cable in Israel is possible due to the normalization of diplomatic relations between Israel and the Gulf states and due to Google's wish not to lay the cable in Egypt, which has become a bottleneck as many cables are currently running through the country. Using Israel instead of Egypt will allow Google to reduce costs, as well as the risk of laying a cable in an area that already includes many other cables. Israeli telecom company Bezeq is set to be responsible for supplying the land connection between both cables. Bezeq won a tender for the project that was held last year. The details of the tender were classified and weren't even mentioned in the company's reports to the Tel Aviv Stock Exchange. The laying of the cable is part of the arms race between the tech giants, with Google competing against Facebook, Amazon, and Microsoft in the cloud and data center sectors. Owning a cable, as opposed to renting one, secures a company control of the traffic on the cable and ensures the company can serve its clients first before sharing traffic with its competitors. The new state-of-the-art cables are expected to significantly reduce latency and also provide Google with more control when it comes to securing data online. The laying of the cable to connect Asia and Europe is part of Google's global initiative to connect all the world's continents in order to support connectivity and the clients of Google Cloud. Google announced just last month that it is building an open subsea cable that will run from the East Coast of the United States to Las Toninas, Argentina, with additional landings in Praia Grande, Brazil, and Punta del Este, Uruguay.

Google and Facebook announced in March the funding of two new transpacific subsea cables linking Singapore to the western coast of the U.S. In February, Google, together with its partner SubCom, announced that its Dunant subsea cable between Virginia Beach, Virginia, and Saint-Hilaire-de-Riez on the French Atlantic coast is operational. The laying of the Google cable is significant to Israel as it will be the fourth cable connection between the country and the world. There are currently three operational cables, but Google's new cable is set to use more advanced technology and Google is likely to allow Israeli companies to use it and benefit from a far greater bandwidth than is currently available.