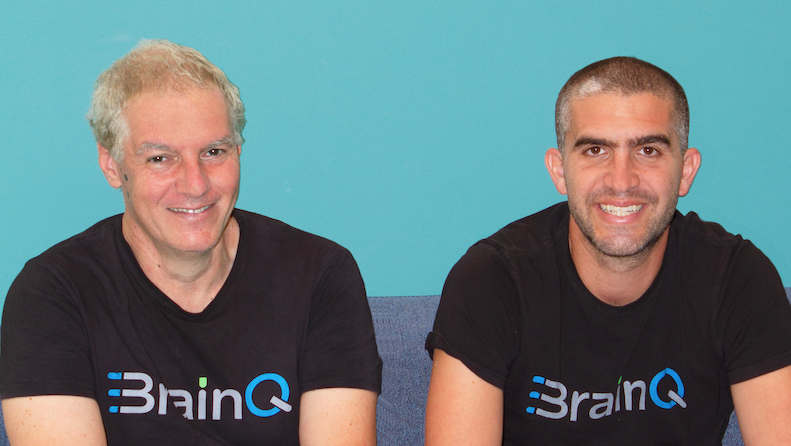 The round was led by Hanaco Ventures, alongside Dexcel Pharma, and Peregrine Ventures, bringing the total funding to over $50 million. Funds to be used to support company’s pivotal trials for stroke survivors in U.S. hospitals

Israeli startup BrainQ Technologies, which develops an innovative technology to treat patients who have suffered strokes, announced on Monday that it has completed raising $40 million in a round led by Hanaco Ventures, alongside Dexcel Pharma and Peregrine Ventures with the participation of existing investors OurCrowd, Norma, Sailing Capital, IT Farm, Millhouse, and Qure. This round brings the total funding raised by the company to over $50 million. BrainQ is pioneering a novel therapy for reducing disability and enhancing the recovery potential for stroke victims at home. Its medical device is designed for portable and patient-centric treatment to reduce disability for stroke victims and other patients suffering from neurodisorders. The company is currently in the process of conducting clinical trials in top medical centers in the United States. Its device combines experts from a vast number of backgrounds in neurology, neuroscience, data science, and machine learning. 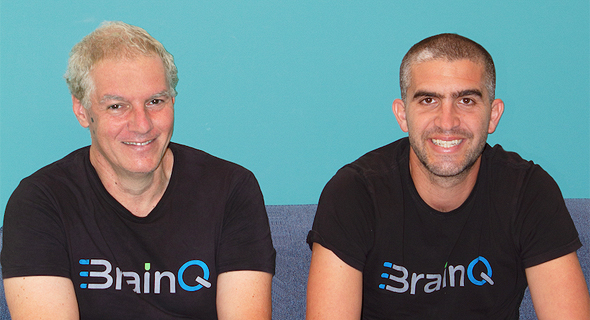 “We are a company that aims to heal nerve damage for stroke patients, and return them to full-functioning capacity, turning back the clock, where many experience long-term injuries,” Yotam Drechsler, CEO and co-founder of BrainQ told Calcalist in an interview. “There have been great advancements in developing ways to increase patients’ survival rates following a stroke, but stroke has remained the leading cause of long-term disability, which poses a significant societal challenge. Our goal is to find a solution. Currently, we’re about to conduct our final trial before gaining regulatory approval. We’ve tested a pilot which showed breakthrough results, where 77% of patients saw reduced disability.” “There aren’t any other alternatives to what we are offering, and our solution will immediately become a type of insurance after it gains approval. Many stars have aligned for us,” he said. “We have data about people’s brain waves, which we gained by mapping healthy brain behavior at different periods including after a stroke, and created an algorithm to check for anomalies between both cases. Our program has been built with Google. We realized that we couldn’t analyze people, so that is why we built a cloud-based device that can be taken home. When we founded our company in 2016, no one was interested, but since 2020 we’ve experienced a boom due to the pandemic, since there suddenly was a great need for it. Our trials are bypassing many market obstacles in the U.S. Our device is connected to the cloud and allows doctors to receive a constant stream of information during the two-month long treatment for stroke victims, where there is a very short window for treatment.” “We’ve raised $40 million so we can conduct trials within a short time frame in many different centers and do it by the book, allowing us to build a commercial infrastructure. Our tests will continue for two years and we’ll receive intermediate results within a year,” he said. Hanaco Ventures is a New York and Tel Aviv-based venture capital fund that invests in emerging and late-stage startups from the global tech ecosystem in areas such as agrifood, foodtech and digital health as well as in software companies in the Software as a Service, cyber, and fintech industries. The funding will be used to support the company’s upcoming multicenter pivotal trial for ischemic stroke survivors for its ground-breaking technology, which will be conducted in select hospitals across the United States where medical professionals will analyze its effectiveness to resolve neurological damage following stroke. The company will also continue building its infrastructure toward a market entry plan.

Earlier this year, BrainQ announced that it had received FDA Breakthrough Device Designation

for its investigational ischemic stroke therapy, which provides the company the opportunity to work closely with the FDA to expedite development plans and premarket clearance as well to access the new Medicare Coverage of Innovative Technology (MCIT) pathway, which will expedite the company's time to receiving insurance coverage.

Stroke is one of the leading causes of disability, affecting 800,000 people every year in the United States alone. In the days and weeks following stroke, the brain attempts to repair damaged neural pathways and develop new ones to restore function, but often with limited success. This results in chronic disability for about 50-70% of survivors. BrainQ’s investigational cloud-based technology aims to reduce disability and promote neurorecovery for stroke victims. Using a Brain Computer Interface (BCI)-based approach, the company’s frequency-tuned low intensity electromagnetic field therapy is designed to operate based on biological insights retrieved from brainwaves using explanatory machine learning tools. These insights are aimed at imitating the natural processes of neural network synchronization and promoting recovery processes. In addition, the system is designed to allow for scalable and decentralized care via a portable, non-invasive wearable device that is cloud-connected with integrated telemedicine tools that enable remotely monitored sessions through an app and allows patients to receive treatment both in the hospital or at home. In addition to the funding, BrainQ has announced the addition of a new board member, U.S.-based Stacey Pugh, who serves as Chief Commercial Officer of Butterfly Network. Until recently Stacey served as SVP and President of Medtronic’s Neurovascular business. During her decade in the stroke sphere, she led efforts to bring clinical evidence and products, including thrombectomy devices - an innovative surgical procedure used to remove blood clots from arteries and veins - to markets around the world. Her addition to the board will further enhance both clinical and stroke market expertise. “While I’ve had the privilege to be closely involved in some of the largest efforts for influencing stroke care, when it comes to long-term recovery there is still much that can be done to restore patients’ health and abilities. I believe that BrainQ’s therapies have the potential to make a real difference for stroke sufferers and their families,” Pugh commented. “Stroke is a leading cause of adult disability in the US, affecting nearly one million people every year. BrainQ is on the path toward developing therapies that target these disabilities caused by damaged neural networks to facilitate neurorecovery. We firmly believe in the company’s innovative technology and talented team, and are happy to support them on their amazing venture,” said Pasha Romanovski, who serves as Co-Founding Partner of Hanaco Ventures.