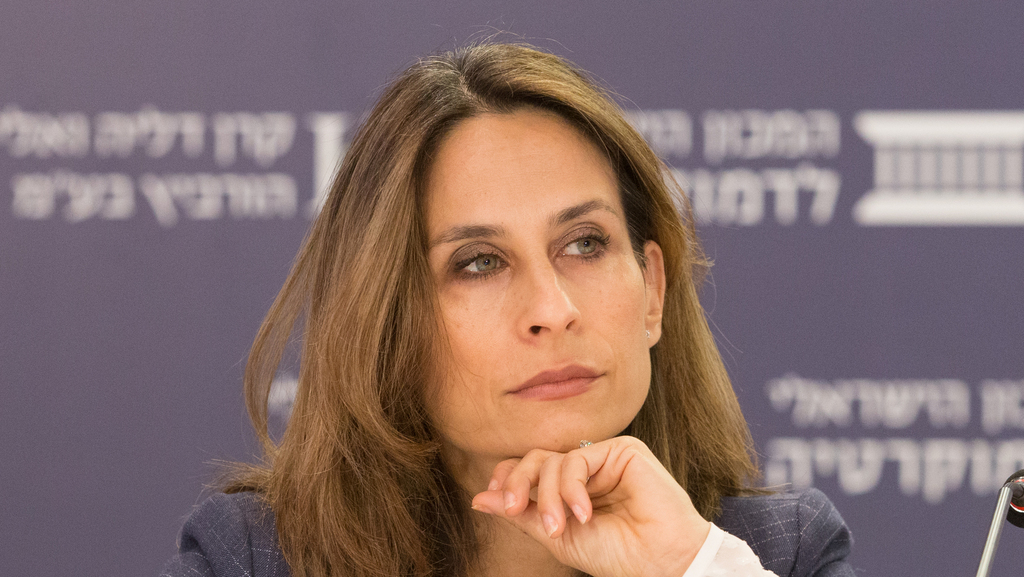 Importing tech employees is not the answer

Over the past three years, 1,000 high tech workers arrived in Israel from abroad with most working at Intel or Teva Pharmaceuticals, but experts don’t think that will solve the manpower shortage

Yesterday, Calcalist reported that the newly-appointed Minister of Science, Innovation, and Technology Orit Farkash-Hacohen is heading an initiative to bring foreign workers to Israel. Over the coming days, the Israel Innovation Authority (IIA) will issue a call for proposals on the matter through its Human Capital program in order to recruit companies who will carry out the necessary placements, by locating suitable workers, contacting them, and bringing them to the country. In parallel, IIA is working alongside the Tax Authority to build a tax incentive for that purpose. However, this isn’t the first time that the issue has become a talking point. In 2018, the Population and Immigration Authority attempted to answer high tech companies’ requests to receive work permits and licenses, including exemptions for professional-level earners, and granting entry and work licenses to their partners too. So far under those terms, only 1,000 new workers were brought to Israel - a drop in the ocean compared to the 15,000-worker shortage across the industry. 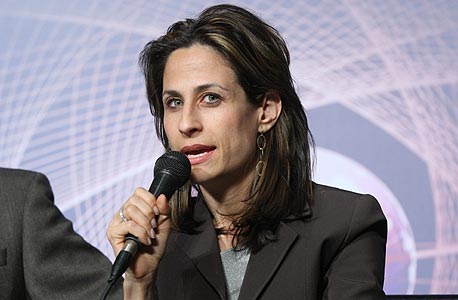 According to a report published by the Population Authority which draws conclusions from the first year that measure was enacted, 275 workers arrived in the country between May 2018 and May 2019, of which 46% arrived from the United States. Over 80% of them were men, their average age was 38, and more than two-thirds of them arrived in Israel to either work at Intel Corp. or Teva Pharmaceuticals. Now, the newly-elected government wants to increase industry awareness in hopes of immediately addressing the shortage problem. “Academic studies and training takes a lot of time, but bringing in human capital from abroad is much faster,” IIA CEO Dror Bin told Calcalist. According to Bin, the program refers to several types of populations: “We’re talking about Jews who want to make aliyah, young Jews who want to serve as interns for a limited amount of time, returning Israeli expats or their children - many of whom left the country for relocation purposes and already work at high tech companies. An additional group includes professionals who are foreign workers.” Visas via the fast-route The program allows “professional” workers to receive rapidly-approved work licenses within six to ten days, with “professionals” being employees earning twice as much as the average salary in Israel. The purpose, explains Bin, is to leave the knowledge in Israel and prevent it from going overseas. “If a growing company needs an expert in digital marketing, it can bring in an expert from the U.S. who can build a team here and train people. When he or she returns to the U.S., those trained experts will remain here in Israel.” In the meantime, Israeli high tech has found an additional way to overcome the manpower shortage by opening up R&D centers overseas, while Ukraine is considered a popular destination and India is gaining momentum. According to a report published by the IIA and Start-Up Nation Central last April, 60% of high tech companies report difficulties in recruiting employees for R&D positions to Israel. According to the IIA’s annual report, many Israei high tech companies have stopped recruiting junior programmers in Israel, and have transferred parts of their development centers abroad. The aforementioned solution isn’t intended to solve the junior problem, but rather to solve the absence of professionals. With that said, the industry is struggling to expand sections of companies’ workforces by hiring those from underrepresented groups such as women, Arabs, and the ultra-Orthodox. When asked whether recruiting foreign workers will harm companies’ abilities to recruit those from the above-mentioned populations, Bin said: “We want both. Bringing workers from abroad is faster, but I hope we can train either through academia or externally those underrepresented groups, and ensure that companies will be prepared to hire them.” You’re assuming that the obstacle is training these groups, but perhaps it’s the companies who aren’t hiring them. “I don’t think that high tech companies have a problem hiring women. I’ve personally worked for four female VPs. But if we look at the percentage of women pursuing these subjects, it’s only 30% of all college students. The more professions aren’t strictly-technological, the easier it will be to hire a more diverse population.” 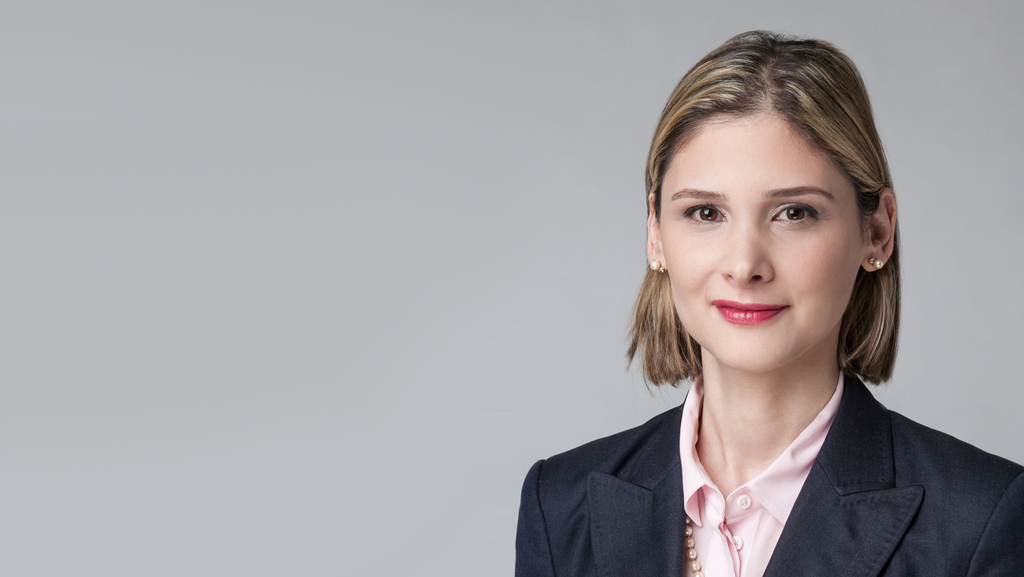 A question of taxation Part of the initiative is meant to include new tax incentives for foreign workers, although it is too early to say what they will entail. Currently, there are two possible tracks to use to import workers, and the Authority has emphasized the need to do so quickly, and it seems as if the first track seems more realistic. “Today there are regulations for hiring foreign professionals,” said Dina Pasca-Raz, who serves as Partner, Head of the Technology and International Tax Division at the KPMG accounting firm. “Foreign workers receive a deduction on rent regardless of price. This has been used to hire professionals to design the Jerusalem light rail. Their rent is fully covered, and the worker receives a daily per diem, including on the weekends. The state is essentially telling these workers they only must pay taxes after two hefty expenses are made. This doesn’t require changes, other than the fact it is applicable for one year only, and may need to be extended.” “The second track appears in a law that encourages capital investments. An ‘approved professional’ pays no more than 25% tax on their salary - and that is considered the highest rung for them - and covers a period of three years. From our experience, it’s very difficult to receive approval via this route. If those workers earn over NIS 30,000 ($9,277) a month there isn’t much difference between either track.”

If the state waives its tax revenues, what’s the advantage? “There are two aspects. The first is the amount of taxes that the state takes at the individual level, so even if they do receive benefits, they’ll still end up paying something. And there could be a tax deduction since the employee is taxed here and not abroad, but that is pennies. At the corporate level, the idea is once a worker lives here - and there is significance to the fact they sit in an Israeli office and work on an Israeli team - the point is to create value at the corporate level. Assuming that the company will be able to recruit more employees later, who will quickly boost development and allow the company to enter overseas markets more rapidly. It will move an entire industry, which today appears stuck. Today, young startups need to compete against growth companies who have raised hundreds of millions of dollars, and don’t have a money problem. If that continues, then in another three years there won’t be any new unicorns (companies above a $1 billion valuation) because these will be lost years.” 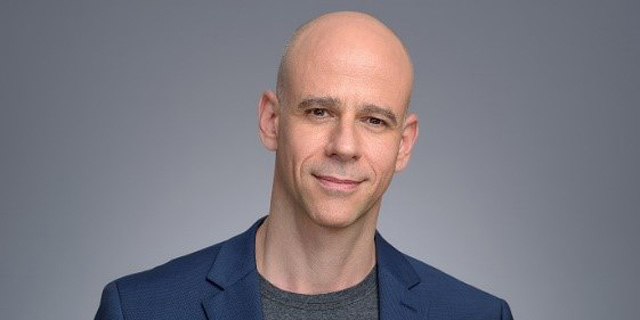 “Unsure whether we’ll earn the best minds” Joel Bar-El, co-founder and Executive Chairman of the cloud-based analytics company Trax, has plenty of experience in transferring employees to different offices around the world at different times. “While what on paper seems logical, in reality there are many inherent difficulties such as language, culture, work routines, having a friendly atmosphere, and more,” he said. “Experienced employees usually have families and children, and have high costs especially for English-speaking populations, who have a certain standard of living and additional expenses. While bringing certain employees with exceptional abilities here is a blessed initiative, it’s doomed for failure as far as trying to solve the manpower shortage in the high tech industry. This shortage is a worldwide problem, and workers have the ability to work wherever they want. Given the cultural differences and the high cost of living in Israel, I’m unsure whether we’ll recruit the best minds and they’ll rush here and bring their families. I suggest that policy-makers have an internal look at existing human capital in Israel, and see how they can make it easier for young people to acquire knowledge and experience in local academic institutions, while facilitating approvals to bring exceptionally experienced workers to Israel for a set amount of time.” Arik Shtilman, CEO and co-founder of Rapyd, said: “This measure that Farkash-Hacohen is promoting confirms the claim that high tech companies have been shouting about for a while: there is an unprecedented manpower shortage in the industry, which is reflected in an actual shortage of tens of thousands of talented and trained workers. This measure will be relevant only if the program is implemented by the end of the year. If it takes too long, it will have minor effects. Aside from importing workers from abroad, there is a need to develop a program to train Israeli workers to enter the high tech industry as soon as possible. That needs to start by incorporating core subjects in elementary and high schools, and continue as secondary-education institutions adopt their content to better fit today’s needs.”