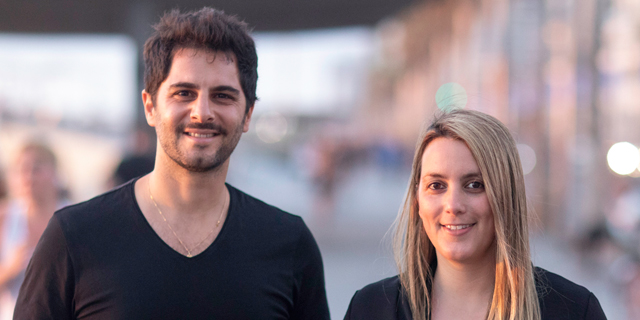 If your company is giving a gift this holiday season, they’re probably making it Snappy

While many companies use Snappy as a way to reward employees and treat them during the holiday period, the Israeli startup has its own reasons to celebrate. The Israeli company, which helps organizations treat their employees to a variety of gifts and experiences, has recently announced that it achieved a whopping 18,708% growth in revenue over the last three years, making it one of the fastest-growing companies and recently recognized by Inc. 5000. “Well, like every company there are lots of challenges, but I think what leads Snappy to success in handling all of this is the amazing culture we have,” claimed its co-founder and CEO, Hani Goldstein. “Because of the company's vision and mission of making people happy, it attracts really amazing and kind people that just want to do good stuff and work together.”

Snappy operates as a marketplace that connects companies to brands. It cites 1,400 customers who use its platform to send gifts to employers. These usually come in the form of a branded email that can be opened to show the choice of different gadgets, subscriptions, or experiences determined by the employer. Goldstein told CTech that its customers include Microsoft, Salesforce, Zoom, and Comcast, who collectively have sent more than one million gifts since the company was founded in 2015. In some ways, Snappy had the benefit of Covid-19 and the pandemic on its side to help facilitate its growth. Since it promises a “personal touch and gamification of the process” of offering and selecting gifts, companies rushed to offer their employees ways to show their gratitude as they work from home for weeks, or months, on end. With Snappy, employers can show their gratitude with gifts and not money - something Goldstein believes is paramount to the human experience. “It doesn’t feel like you’re gaining a transactional amount, like 'hey you’re worth X dollars',” she told CTech. “It’s more a feeling of ‘how do I make this something that is special, thoughtful, that came from my heart and still will be easy for me to send’, but come across as something that will be more of a gift… people feel more appreciated when they don’t have value attached to their gift.”

Goldstein cited research that showed gift-givers need to send at least twice the amount of a monetary reward to get close to the value of the feeling of appreciation that a gift brings. She argued that $100 added to a paycheck each month doesn’t have the same impact as some of the creative campaigns that companies offer. Its five-digit growth in the last few years supports that claim.

Snappy was founded by Goldstein and Dvir Cohen, who serves as the company’s CTO. It is technically based in New York City, where it was also named as the number one fastest-growing company in the region by Inc. Today, it has 200 employees (50 in Israel), which is triple what it had one year ago, and ships gifts to 75 countries. “The broader mission is to make people happy, spread smiles, and to be able to build an amazing big company that will be able to achieve that mission,” she concluded.